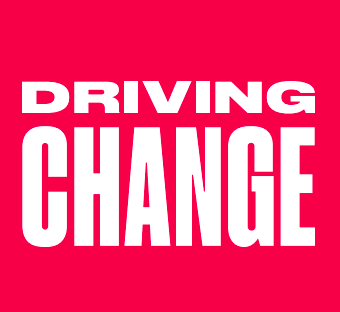 Tim Wilson clearly enjoys controversy. The self-described libertarian burst onto Australia’s political scene in 2007 as policy director of the Institute for Public Affairs, a conservative free-market think-tank known for its radical views. Then a fresh-faced 27-year-old, he became a regular fixture in the Australian media, appearing to revel in throwing intellectual bombs at the establishment. One landed: shortly after calling for the abolition of the Australian Human Rights Commission, he was put in charge of it instead, a divisive appointment that catapulted Wilson to national prominence.

Just two years into the five-year post he quit to run for election to the federal parliament, where he now occupies a seat as a member of the ruling Liberal Party (which in Australia sits on the centre-right). Memorably, in 2018 he proposed to his partner, Ryan Bolger, from the floor of parliament during an emotional debate on same-sex marriage, an issue he campaigned for with a passion.

Wilson’s recent book, The New Social Contract, argues that public policies that give young people more of a stake in the economy, such as through home ownership, are needed to head off a coming crisis of intergenerational inequity. He spoke to Driving Change about the book, Australia’s response to the pandemic, and his own journey from professional provocateur to political insider.

Born in New Jersey, Michael Spence was awarded the Nobel Prize in Economics in 2001. A professor at New York University, Stanford University and the Bocconi School of Management in Milan, his blend of academic rigor and practical knowledge make him a hugely influential expert on the forces shaping the future of work around the world. Driving Change began our conversation by asking him about the pandemic and its consequences for employment.

What an extraordinary year it has been, with a once-in-100-years pandemic, an historic US presidential election, the long-drawn-out saga of Brexit in Europe, and a host of other lesser-spotted occurrences. But have you been paying attention? Take our quiz to discover if you are top of the public policy pops or whether the finer details have somehow passed you by.

While Financial Times commentator Martin Wolf states that public wealth funds are an idea whose time has finally come, several have actually been in existence for a considerable number of years. But do you know your Ricostruzione Industriale (Italian Institute for Industrial Reconstruction) from your Hellenic Republic Asset Development Fund (Greece’s national wealth fund)? Find out by taking this quiz, devised by Andrew Cave.

An entrepreneur, social entrepreneur and author, Ndidi Nwuneli is above all an optimist about Africa who puts her faith into practical action. Her influential book, “Social Innovation In Africa”, inspired by her experiences as the founder of LEAP Africa, will soon be joined by another, “Food Entrepreneurs in Africa: Scaling Resilient Agriculture Businesses”.

Driving Change spoke with Ndidi just before a conference on “Zero Hunger: Africa’s Private Sector Driving Innovation & Growth”, held to mark the 10th anniversary of the creation of her agriculture consulting firm, Sahel. We asked her how Africa’s efforts to feed itself are going.

During the pandemic, WilliamHaseltine has been a trusted guide for many people to the intricacies of Covid-19 science and the public policy response. This contribution has included writing an invaluable book of advice for parents of younger children, “A COVID Back To School Guide”.
A pioneering academic scientist, serial biotech entrepreneur, philanthropist and founder of the NGO, ACCESS Health International, he recently published an autobiography, “My Lifelong Fight Against Disease.” This begins with a fascinating, slightly risqué, story from the 1980s about how he successfully teamed up with Hollywood actress Elizabeth Taylor to get politicians in Washington, DC to make the fight against HIV/Aids a public policy priority.
Driving Change began by asking about how to reverse the recently growing public skepticism about science.

Giving Tuesday was launched in 2012 on the Tuesday after American Thanksgiving, as an annual celebration of generosity in all its forms. It has grown rapidly into a global grass roots movement, drawing together people around the world who share a love of serving their fellow humans with their time, expertise and money. Asha Curran has been involved in Giving Tuesday from the start, helping her then boss, Henry Timms, launch the idea. Now she is the CEO. For Driving Change, Matthew Bishop – another member of the launch team – asked Asha to reflect on what lessons have been learned over the past 8 years, including about how to engage people in working for a better world.

It is 20 years since Jack Sim founded the World Toilet Organization, to campaign for better sanitation and hygiene. In 2013, the United Nations designated November 19th as an annual World Toilet Day. When he talked recently with Driving Change, we began by asking Mr Toilet, as Sim is affectionately known, about how he first got interested in sanitation, and about an influential meeting he had with Mr Condom.

Arturo Condo is the president of EARTH University in Costa Rica, an innovative global university which trains students for futures in sustainable development, particularly in rural parts of the world. Prior to his work at EARTH University, Condo was the president and professor of strategy and competitiveness at INCAE Business school. In total, he has committed over 24 years of his career to teaching and researching sustainable development. As a result of his dedication, he was named one of the World Economic Forum’s Global Young Leaders. Driving Change opened our conversation with him by asking what challenges the food system faces, how close we are globally to achieving the Sustainable Development Goals, and the impact the pandemic has had on it all.

Tim Wilson is a member of the Australian House of Representatives where he serves as the Chair of the Standing Committee on Economics. His policy areas of interest are health, trade, energy and the environment. Before he was a member of Parliament, he was the Human Rights Commissioner and was the policy director at the Institute of Public Affairs. He is noted for his advocacy in free trade and marriage equality and has authored a book, the New Social Contract, which articulates the unique nature of Australian liberalism and argues that the interests of the individual should be placed at the center of policymaking. We spoke to him about how, in contrast to the rest of the world, Australia has handled the pandemic and what intergenerational equity might look like, post-crisis.