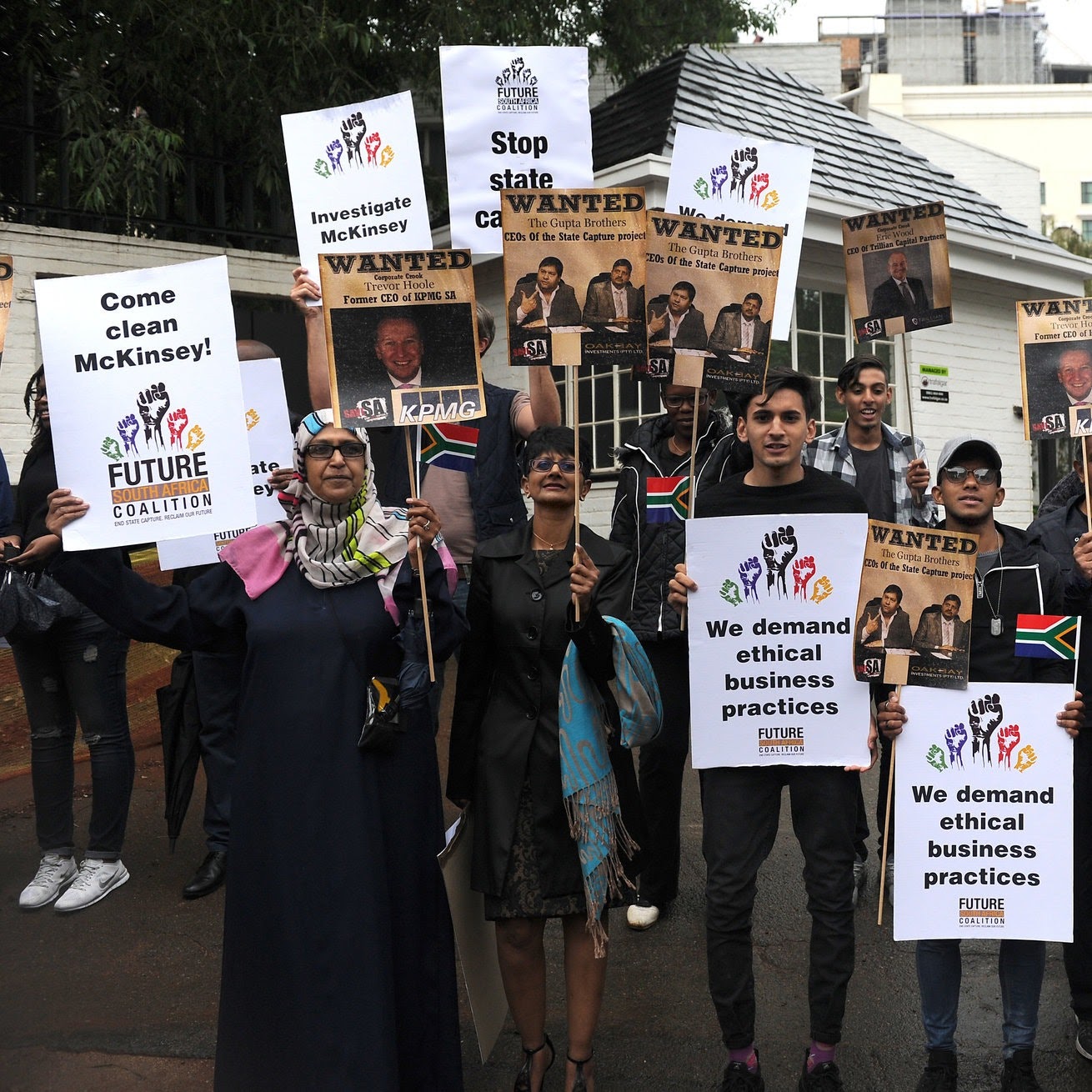 For decades, young graduates committed to changing the world have wrestled with a strategic decision. Should they work for governments, which command power but sometimes limited resources? Or, charities, which often have little of either? Or corporates, where they might end up doing well, rather than good?

Such a conundrum dominates the opening pages of Winner Takes All, Anand Giridharadas’s scathing put-down on modern corporate do-goodery as an elite charade seeking to do more good but never less harm. In the book, Georgetown University graduate Hilary Cohen ends up settling for McKinsey & Co, the world’s oldest and most prestigious consulting firm, as a boot camp for change-making. Such career decisions have been seen as benefiting the public as well as the firm, allowing governments to tap private sector talent and efficiency through public-private partnerships (PPP). But will that continue to be the case? This 95-year-old partnership is embroiled in a series of scandals over its involvement with former opioids producer Purdue Pharma and the US Immigration and Customs Enforcement agency and its links to alleged corruption in Mongolia and South Africa and oppression in Saudi Arabia and China.

While other firms such as KPMG have also had challenges, the consultancy world has not witnessed a fall from grace like McKinsey’s since Enron’s collapse brought Arthur Andersen to its knees nearly two decades ago. With global revenues of around $10bn, McKinsey claims to have completed more than 5,000 projects for social sector organizations over the last five years and to serve about 90 of the world’s top corporations. Consultancy rankings praise it for “amazing and talented people,” “never-ending opportunities,” “inspiring work” and “incredible impact.” It is “the Harvard of consulting firms.” Never mind the firm’s incessant pressure to deliver, ruthless pace of work and the potential for burnout of its employees. McKinsey still receives around 800,000 applicants for just 8,000 positions each year.

While other firms such as KPMG have also had challenges, the consultancy world has not witnessed a fall from grace like McKinsey’s since Enron’s collapse brought Arthur Andersen to its knees nearly two decades ago.

Andersen’s consulting arm successfully survived its downfall as it had rebranded as Accenture and spun off from Andersen before Enron’s problems came to light. Today, Accenture is a major global player. So does this mean McKinsey can bounce back too? It has made some strides, formally recognizing America’s opioid epidemic, agreeing a $573m settlement with US state attorneys and changing its leadership. Internal controls now prohibit it from taking on clients in defense, intelligence, justice or on police forces in non-democratic nations. The firm has admitted previously that it came across as “arrogant or unaccountable”. In his last interview in the role, former McKinsey global managing partner Kevin Sneader said the firm had to operate with better transparency and to be more selective in taking on clients.

For outsiders, the bigger issue is what McKinsey’s mishaps mean for PPP, which remains one of the most effective models of financing, building and operating public infrastructure, services and amenities. President Biden’s proposed $3tn infrastructure plan is expected to greatly assist federal funding for corporate research and development programs and innovation, applying public funding to private sector skills needs. In telecoms, Bob Udell, President and CEO of Consolidated Communications, sees 5G and PPP as key opportunities for internet service providers to close the gap in broadband provision in rural parts of the US. In Europe, Portugal, which has one of the highest costs of any nation assigned to PPP projects, is launching its first PPP scheme to construct, operate, maintain and manage a hospital. In the Middle East, the United Arab Emirates is pursuing an ambitious £2.1bn plan to provide infrastructure partnership projects across education, transportation and municipal works.

McKinsey’s pitch is that it helps clients compete at the leading edge of business innovation. It should apply this model to its own operations.

There are those who believe that McKinsey’s problems cannot be isolated from the debate about PPP’s alleged excesses, including cases where the public return on investment has been lower than the returns for the private funder.

“McKinsey’s pitch is that it helps clients compete at the leading edge of business innovation,” says Michael Posner, a former US assistant secretary of state for democracy, human rights and labor who is now professor of ethics and finance at New York University’s Stern School of Business and director of the Center for Human Rights. “It should apply this model to its own operations, charting a path that better balances profitability and responsibility.”

Some see an expanded role for PPP initiatives. Former UK defense and transport secretary Geoff Hoon credits PPP with delivering the “vaccine miracle” that has enabled Boris Johnson’s Conservative government to right itself after its well-publicized failure on its COVID-19 test and trace program. He wants the mechanism applied to other pressing global challenges, such as tackling climate change and protecting populations from future pandemics. If Britain is to achieve its ambition of becoming a science and technology superpower by 2030, he says it must “wise up to the role that public-private partnerships and public funding for research and development play in driving innovation.” 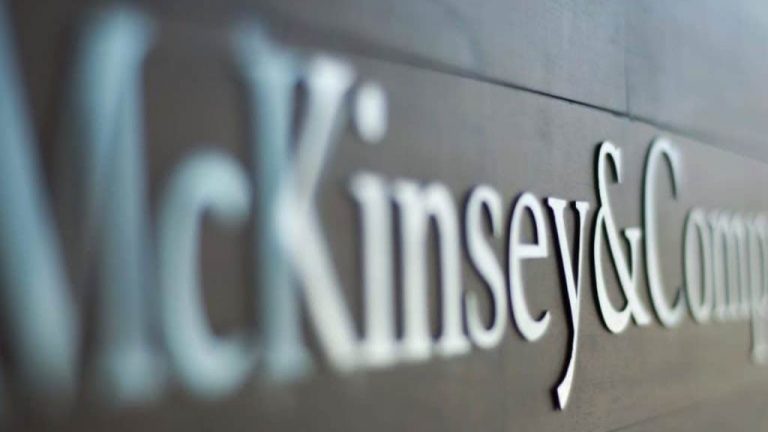 To achieve such goals, PPP needs to learn from McKinsey’s mistakes. Greater transparency and better communication about contract terms, a higher focus on innovation and the sharing of risk and a more enlightened approach to accountability can all help rebuild trust.

As for McKinsey itself, it can follow its own eight-stage framework, outlined in the book, The McKinsey Mind. The steps involve forming a hypothesis at the outset, regarding intuition as important as facts, conducting research without reinventing the wheel, telling the story behind the data, “pre-wiring” for future difficulties, starting with one’s conclusion, producing “hit singles” and respecting time.

If the hypothesis is that trust in McKinsey is blown, intuition may suggest that it may never regain its dominance in handing out strategic management advice to the world’s governments. Reinventing that might be tricky, while data behind its stories could just deepen its crisis and pre-wiring could compromise its business model. If the prognosis is not encouraging, hit singles would be a waste of time.

Alternatively, McKinsey can reinvent itself and thrive again. For the public sector and future Hilary Cohens too, it’s vital that PPP does so too.

Made in Africa: A Conversation with Dr. Tlaleng Mofokeng