Why Graduates in Britain Should Consider a Government Career 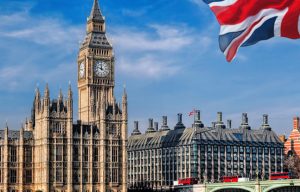 Government is often perceived to be a dirty word. Just look at the latest figures by the polling agency YouGov, which found that as of 17 January of this year, 59% of the British public disapprove of their government. The poll has approval for the government at just 22%. If you asked people to play a game of word association with the current British government, many would think of sleaze and scandal. The latest political drama in Westminster, with revelations that Prime Minister Boris Johnson broke his own government’s rules on COVID-19 restrictions, only adds to the feeling of a widening gulf between those who govern and the governed.

While all that may well be true, politics at its best is a noble mission to deliver change and societal betterment. And this is often misunderstood and overlooked. Politics does not have to be partisan. I founded Polis Analysis, an impartial provider of analysis of global politics, for precisely this reason. You do not have to be a tribal member of a political party or a regular attendee of protest marches to be positively engaged in politics.

If you are a young person in the UK who is increasingly animated by the big issues facing the country, from combating climate change to managing the digital revolution, to tackling the housing crisis and addressing mental health, then there is another path.

Politics does not have to be partisan. You do not have to be a tribal member of a political party or a regular attendee of protest marches to be positively engaged in politics.

Encouragingly, young people are no longer as apathetic to politics as they were a decade or two ago. As a cohort, we are increasingly turning out to vote in elections. It is time to channel this great awakening to the fact that events matter and how we tackle them matters even more, by encouraging bright young minds to put their talents to good use and consider a career in public service.

Pursuing a career in government provides an exciting and rewarding opportunity to help try and solve public policy issues that make a difference to people’s lives.

Now it may be odd to hear all this from me. After all, I have worked for a major political party, was actively involved in student politics throughout my degrees, and have worked on public policy issues in big companies rather than in government.

But it is through living these experiences that I am passionate about encouraging young people to give a career in government a proper look. Through the roles I have held, I have met many young people who do not care for party politics or endless political debates. But too many intelligent and capable graduates wrongly put off considering working in government because they do not see themselves as political enough.

Academic research has found that while young people are less likely than their older counterparts to turnout at elections (54% of 18–24-year-olds voted in the 2019 British General Election compared with 70% of 45-54-year-olds), as an age group the young engage in politics in different ways.

My generation increasingly engages with politics on an issue-by-issue basis. And working in government provides you with precisely that opportunity.

As the climate issue has demonstrated, my generation increasingly engages with politics on an issue-by-issue basis. And working in government provides you with precisely that opportunity – to deliver evidence-based solutions to complex policy problems on the big issues that matter. For example, if you care about fighting climate change, then you could consider working on the Department for Transport’s electric vehicle strategy and the rollout of electric charging points.

There is nothing more fulfilling than feeling as though your work is making a difference and delivering a positive social impact. Forbes published data in 2019 showing 45% of Generation Z want to work in jobs that make a positive difference in the world. Working in Parliament for a senior Cabinet minister in then Prime Minister Theresa May’s government gave me a glimpse into how policy can improve lives. Solving constituents’ problems in a parliamentary office can feel rewarding so imagine scaling up your impact by making a difference through the machine of government.

And it is government departments that can really deliver change. In my current role working in government affairs for a major British company, I see daily the importance of collaborating with government on the big issues of the day. Government departments can shape the behavior of major corporations and mobilize billions of private sector investment. Just a few days ago I was on a call with a minister from the Department for Business, Energy and Industrial Strategy who hammered home the point that government and business must work closely together on the need to reach net zero in UK carbon emissions by 2050. Anyone who thinks they would lose sight or exposure to the private sector by pursuing a role in government is quite wrong. In fact, you can often shape the way the biggest businesses in our country operate in an attempt to deliver positive change.

As CEO of Polis Analysis, I have worked with hundreds of young professionals and students over the last couple of years. Many of my former and current colleagues have ended up working in government, be it in the UK civil service or in the European Union’s institutions. The overwhelming majority of them are thriving and finding their careers stimulating. They have found a way to channel what they have learned – that you can approach politics from a non-partisan and evidence-based standpoint and use your refined research and communication skills to make an impact.

Government departments can shape the behavior of major corporations and mobilize billions of private sector investment.

So, now I have hopefully convinced you that applying for roles in government is worth exploring, where are the opportunities and what are your options? To work for the civil service, you have two options. Either you can apply for a graduate program, which is the traditional route taken by most students leaving university, or you can apply for entry level roles as and when they become available.

Let us start with the well-trodden path of applying for the civil service graduate programs, known as the Civil Service Fast Stream. There are fifteen schemes available, and candidates can apply for up to four of them. They range from the ‘diplomatic and development’ scheme to the ‘generalist’ and ‘Houses of Parliament’ scheme. There is plenty of choice and these schemes are a good option for those who know they want to make a difference but are not sure in which part of government to work in. The Fast Stream will provide successful applicants with the opportunity to rotate across numerous government departments throughout the two to four years on the scheme (duration varies depending on which one you pick).

While applications for the 2022 intake have now closed (get ahead now for a 2023 start!), there is another way to land a job in government. The Civil Service offers a direct entry route. Potential candidates need to keep their eyes peeled on the Civil Service Jobs webpage, which is where vacancies will be posted.

There are multiple benefits to this approach: if you know where you are interested in working in government, you can make a direct application to the department of your choice. There is no need to undertake a three-year scheme which could see you rotate across the Department for Work and Pensions and the Treasury when you already know you are keen to work in the Ministry of Defence. This approach is also less competitive as you are not up against large numbers of candidates applying for the same graduate schemes. That said, you may be competing alongside individuals with more experience, which is why graduates should focus on entry level roles.

Making a difference in politics does not have to be about being active in a political party or attending marches. By securing a role in government you can deliver policy that can make a positive social impact. There are plenty of opportunities and routes into the UK Civil Service, you just need to go out there and know how to seize them.