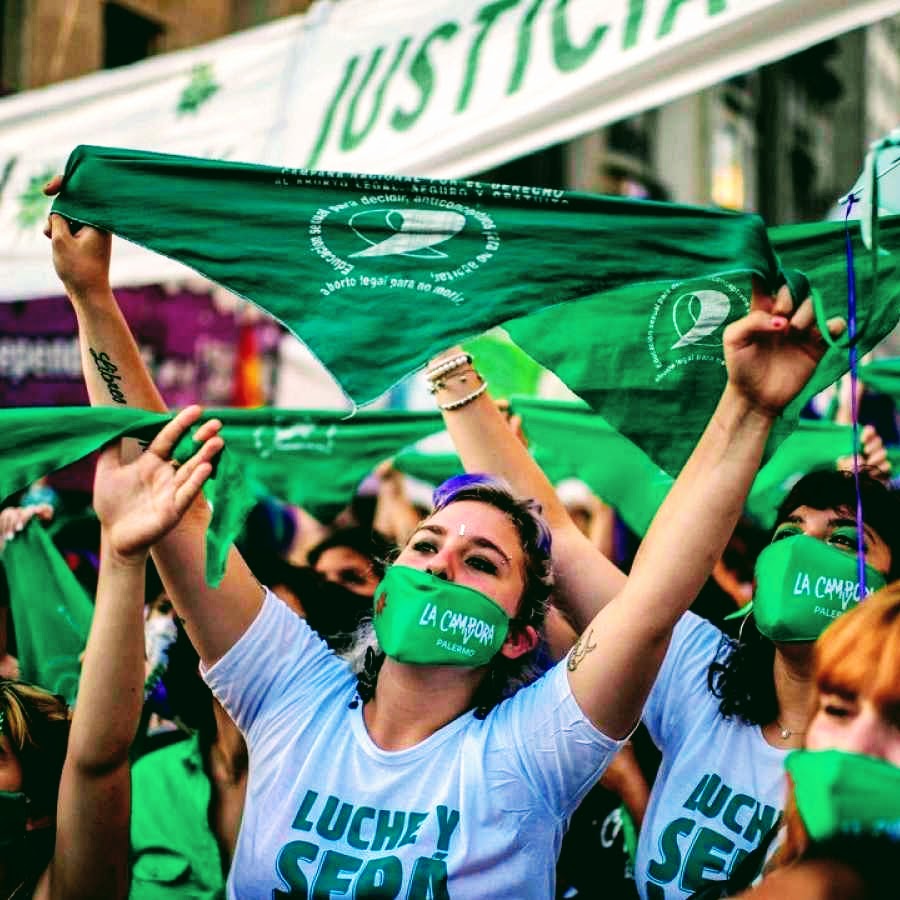 Vilma Ibarra had been away from politics for five years. She felt at the right place as a top corporate lawyer at Corporación América, a billion-dollar Argentinian business conglomerate. After 30 years of work in public life, with a career that alternated positions as a senator, national deputy, and Buenos Aires city councillor, the last thing in her mind was returning to her former life.

Yet just a few weeks ago she made history, by being at the forefront of making abortion legal (up to the 14th week of pregnancy) in Argentina, a Catholic country of 45m people and birthplace of the current pope. By global standards, abortion laws across Latin America are unusually restrictive. Ibarra, who drafted the new law, has proved to the world that it is possible to legislate on a controversial topic even in a catastrophic year, with a devastated economy and a polarized political scenario.

She describes the process resulting in the new law as a “collective construction” that brought together women of different age groups and diverse political parties. This so-called “green tide” is a grassroots feminist movement that has grown in influence in the past few years to overturn an anti-abortion law that had been in place since 1921. “Never again will there be a woman killed in a clandestine abortion,” Ibarra told reporters after the victory by 38 votes in favor and 29 against it.

How did she do it? When Alberto Fernandez took office as the new president of Argentina in early 2019, he invited Ibarra to be the legal and technical secretary to the presidency. She saw this as the opportunity of a lifetime to drive real change. Every decree, veto, bill and regulation signed by the president would go through her first. As secretary she was also given complete freedom and full support to pursue the gender agenda – an ethical imperative and a moral obligation, as she explained to Driving Change. “Reaching the sanction of this law is a corollary of many years of struggle. I was also one of the authors of the equal marriage law in Argentina. So it is a story that has to do with commitments on gender, diversity, and the debts of democracy to sectors that have been historically violated”.

This work required tenacity and a colossal amount of strategic patience. Two years earlier, the law had failed by a significant margin to get the necessary votes. It had been up for debate only to be killed. What was different this time around? “I believe that the most definitive factor was a national government whose president had just taken office and had the political will to change the narrative”, says Ibarra.

This was not about promoting abortion rights simply in order to champion women’s rights, but about stopping so many women from needlessly dying: an energetic response to a public health crisis. According to research by various international organizations, prior to the new law there were more than 375,000 clandestine abortions per year in Argentina. There were 38,000-40,000 hospital discharges annually of women who suffered complications while having an illegal abortion.

“We know that more than 3,000 women have died from clandestine abortions in the last decade,” says Ibarra. “They are preventable deaths, deaths that could have been avoided. International experience shows that legalized abortion, accompanied with robust active policies of access to contraceptive methods, comprehensive sexual education and prevention of violence and abuse against women, especially young women, is very effective”, she stresses.

All the more remarkable was that the law was a campaign promise that didn’t get forgotten as the country joined the world in the turmoil of Covid-19. “In the midst of the pandemic, we had to find a moment to show the population that we were not abandoning everyday health care, that it could be understood that this law was a historical demand for public health”, she recalls.

The symbolism was important, of women reclaiming ownership of their bodies, says Ibarra, who is convinced that resistance to abortion rights is only so widespread because it is such a great achievement in terms of equality.

Abortion rights are the strongest indicator yet of how things have changed for women in Argentina during Ibarra’s time in public life. “When I was little, my mother could not dispose of her assets in my father’s firm. Of her own assets. The law said she needed authorization from her husband. We couldn’t exercise parental responsibility either. After separation, only men could define which school their kids would be enrolled at. I remember that I waited for the binding divorce law to be sanctioned because I had already separated. They wouldn’t let women remarry either. We also couldn’t work if our husbands didn’t give us consent.” All this was resolved as part of the change that followed the restoration of democracy in1985. “That what was not many years ago. So we know the stumbling blocks, we know,” she adds.

The next challenge is making sure the law is properly implemented. Simply making abortion legal does not make it available. In Argentina, even those few rural women and poor city-dwellers who were entitled to an abortion after a rape or in certain life-threatening situations under the country’s former law could seldom get one, according to a recent report by Humans Right Watch. Affluent women in Latin America, which has the world’s highest level of income inequality, rarely had such issues. A popular saying holds that “las ricas abortan, las pobres mueren” (“rich women abort, poor women die”).

Ibarra agrees that this is fundamentally a social justice issue that requires a holistic solution. “Today, the situation of women who get an abortion is still very stigmatized. Legalization is also a way of legitimizing the pain of that woman who often arrives alone, desperate. The state response cannot be jail or threats. It has to be a humane and decent answer”.

The state must also work to reduce the number of unintentional pregnancies and have a multifaceted approach in tackling the problem. “These are challenges that must be taken from the educational and cultural field, from the field of debate, from the field of violence prevention, in the field of access to contraceptive methods”, says Ibarra.

What has happened in Argentina has made waves across Latin America. Today, abortions are completely banned in El Salvador, Nicaragua and the Dominican Republic and only allowed in certain restricted circumstances in most other Latin American nations. In the wider region, only Uruguay, Cuba, Guyana and parts of Mexico currently allow women to request an abortion, with varying limits on the number of weeks of pregnancy at which an abortion is legal.

Ibarra hopes that Argentina’s new law will be a beacon for other lawmakers across Latin America. Activists in big neighboring countries such as Chile and Brazil will no doubt use this as a precedent to argue for rewriting their national laws to allow broader reproductive rights in a region known for its vigorous restrictions on abortion. “The current situation with clandestine abortions is dramatic throughout Latin America. Terminations already happen by the thousands. Women die every day because of it.” She is more optimistic than ever. “I am positive a domino effect will happen in the next few years.”

A Unique ID For Every Citizen: Q&A With Tariq Malik