Campaigns for social change and consumer brands are often reluctant bedfellows but Jo Hobbs and Maddie Smith are big believers in corporate matchmaking. Hobbs is chief executive of the British Youth Council (BYC), while Smith is U.K. managing director of The Body Shop, part of Brazilian cosmetics group Natura.

They got together for their “Be Seen, Be Heard” campaign in April after “swiping right” on the issue of lowering the voting age in all U.K. national and local elections to 16. Both parties feel that the relationship will enable them to achieve results that may not be possible on their own.

For Hobbs, the attraction is The Body Shop’s corporate muscle, which claims to have created direct change through legislative action or policy changes in more than 24 countries over 32 years. “This is our opportunity to remind decision-makers that young people have been calling for voting parity for both local and general elections across the U.K. for 20 years,” she says.

“Politicians must give a new generation of change-makers the opportunities to participate so they can play an active role in resolving some of the biggest societal challenges we face.”

Most of our civic processes have not been built for a mobile-first generation and that’s what we are setting out to change by investing in these native-to-mobile civic tools.

For Smith, the lure was the connection with young consumers provided by the BYC. “I attended a parliamentary panel discussion on voting at 16 alongside the BYC,” she says. “It was great to hear all the voices advocating for lowering the voting age and giving youth a platform. We recognize the many issues facing young people and believe there is one simple step we can take to create real change: empower young people to have a voice in public affairs.”

The three-year alliance was struck after research by The Body Shop found that young people have never been more active in UK civic society. There are 800,000 young people caring for family members and others in the community. In addition, almost one-third of new enlisters in the armed forces 16–17-year-olds. 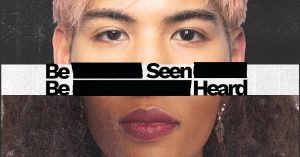 Despite this, the research found that young people remain under-represented in British politics, with only 3.2% of MPs aged 30 or under, compared to 36% of the population. Britain currently has a voting disparity, with 16- and 17-year-olds in Scotland and Wales allowed to vote in local election, but not in England and Northern Ireland, where the voting age begins at 18.

“Be Seen, Be Heard”, which is also being supported by the Office of the UN Secretary-General’s Envoy on Youth, wants all the main U.K. political parties to commit to introducing full age parity on voting by 2024.

A corporate and not-for-profit relationship around voting is also flowering in the U.S., where social networking group Snap runs its voter registration and “Run For Office” programs in partnership with TurboVote, part of the non-profit organization Democracy Works.

Politicians must give a new generation of change-makers the opportunities to participate so they can play an active role in resolving some of the biggest societal challenges we face.

The voting campaign, which seeks to build civic engagement among young voters, succeeded in encouraging 1.24 million Snapchatters to register to vote in the 2020 Presidential election.

Snap’s public policy manager Sofia Gross says the company has “massive reach” with Gen Z users old enough to vote, with 80% of its 332 million users aged over 18. She says the campaign chimes with the company’s official values, which include civic engagement, accessibility, and inclusivity.

“Most of our civic processes have not been built for a mobile-first generation,” she says, “and that’s what we are setting out to change by investing in these native-to-mobile civic tools.” 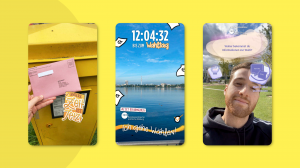 Run For Office, meanwhile, launched in October 2021, with the aim of helping over-18s enter public life. Snap’s research found that, while Millennials and Gen Zers are the most diverse generations in U.S. history, they are the least represented in government, with just 6% of state legislators under the age of 35.

They decided they could leverage the applications running within Snapchat to allow users to navigate issues they are interested in and discover information about 75,000 upcoming elections at federal, state, and local levels. Then they provide links to help people easily connect to candidate recruitment organizations including Run for Something, New Politics, Run GenZ, and the LGBTQ Victory Institute.

We recognize the many issues facing young people and believe there is one simple step we can take to create real change: empower young people to have a voice in public affairs.

The company said in April that their tools had already been used by more than 25,000 young users looking to run for public office. Altogether, it says more than 4 million people have now used its in-app technology around civic engagement.

However, corporations need to be careful lest they be seen as leaning toward one political party or the other. The Body Shop and Snap argue their campaigns underline the importance of democratic engagement, rather than any specific political policy. However, Thomas Cole, a lecturer in law at the University of Chicago Law School, warned last year that, in an age when almost every subject can be politicized, it is hard to say what is or is not “political”.

“In these fraught times,” he wrote in the Harvard Law School Forum on Corporate Governance, “silence is often construed as a statement. And then there are the more broad-brush assertions — that democracy is good for business and even necessary to preserve capitalism…. Not every CEO or board will conclude that their corporation should take positions on controversial political issues or other social topics. For those that do, following good governance practices will help ensure that taking a position can be defended as an exercise in appropriate corporate social responsibility.”

Hobbs and Smith, however, remain wedded to the idea that corporates and NGOs can forge happy and potentially longstanding marriages.

Nicola Forster Thinks We Need a New Kind of Democracy