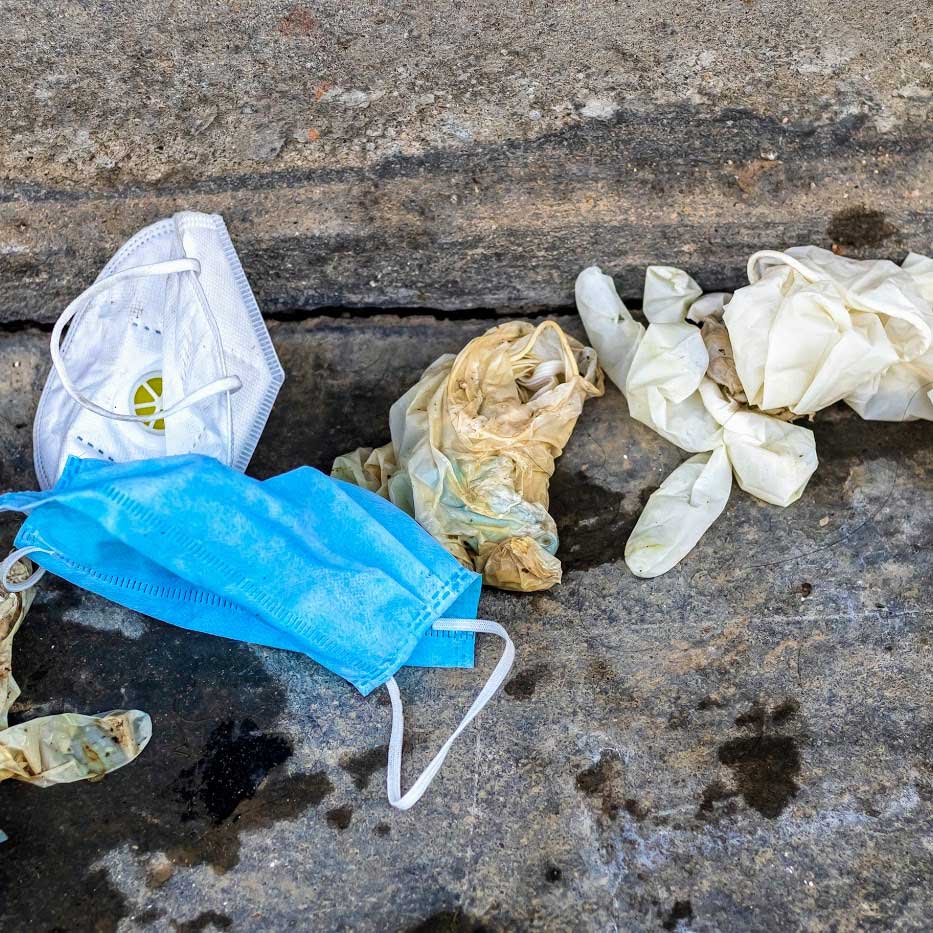 The surgical mask will be an enduring symbol of 2020: an icon of the pandemic. Flexible, durable and disposable, it is an ideal tool for infection control. Yet these very qualities also make masks emblematic of another kind of pandemic.

Plastic waste has burst into the public consciousness in the past couple of years, an environmental crisis underscored by dramatic images of trash-strewn beaches and mangled marine life. The single-use plastics that underpin the convenience economy have overwhelmed waste collection systems worldwide. Eight million tons of plastic waste enters the ocean each year.

Policy responses have so far been piecemeal. No country has implemented the kind of systemic change needed to manage plastic pollution effectively, says Erin Simon, head of Plastic Waste and Business at the World Wildlife Fund, an environmental NGO. Many of the most significant commitments have come not from governments, but – perhaps counterintuitively – from the multinational companies that produce, sell, and package their products with plastic.

Ms Simon’s job is to ensure these commitments translate into action. Having spent a decade at the computer company Hewlett Packard, designing packaging for laser jet printers, she understands both the materials science of plastic packaging and the business case behind it. At the WWF, she now works with industry to help reduce plastic waste.

The answer, according to Ms Simon, is a UN treaty on plastic pollution. “A treaty creates consistency. It creates more investment in infrastructure, investment in clean-ups and investment in the science that business really need.”

More than thirty multinational companies, including packaging giants Coca-Cola, Pepsico, Unilever and P&G, agree, and have signed a manifesto calling on UN member countries to adopt a such an agreement.

About two-thirds of UN member states have indicated, either formally or informally, that they support the idea, says Ms Simon. Yet negotiating a treaty could be a long and difficult process, involving compromise and trade-offs, she concedes. “Once the UN agrees to have this discussion, it could be anywhere from 18 months to 10 years.”

“That doesn’t matter,” Ms Simon insists. More important is “the signal that is sent by having a treaty negotiated in the first place.”

Even relatively modest action could mean a big improvement.

Several countries have implemented narrowly focused bans on visible items such as straws and shopping bags. Others have stopped accepting plastic waste from overseas: Malaysia sensationally returned 42 containers of plastic waste to the UK in January 2020.

These are relatively easy wins. Even in Germany and Sweden, two countries that are held up as best-practice examples, plastic waste is often incinerated or exported.

Both science and economics get in the way. There are many different types of plastic, which means that – even for countries that get waste collection right – recycling is a challenge. An international treaty would include regulated design standards to ensure greater consistency (a process that Ms Simon admits will be ‘rocky’ for business).

Neither of these policies is a silver bullet. Several simultaneous policy interventions will be needed to effectively reduce plastic waste, according to a major recent report by The Pew Charitable Trusts, a philanthropic foundation and Systemiq, a consultancy.

Unnecessary single-use plastics should be eliminated, reduced or substituted for other materials such as paper. At the same time, waste collection and recycling must dramatically increase and improve. The export of plastic waste to low-income countries should be all but eliminated. Yet even if these polices are widely adopted and implemented, around 10% of plastic will still end up as pollution. Fixing the problem completely will require technologies that don’t yet exist.

Despite the obstacles, Ms Simon is hopeful. “My prediction is that we’re going to see somebody get this right, or get a piece of this right, and it is going to shift things so much that our set of solutions becomes much narrower,” she says. “Instead of throwing a whole bunch of stuff at the wall and seeing what sticks, we’re going to be able to focus much more finely.”

For policymakers at the national level, there is an enormous opportunity to develop the global gold-standard for plastic waste management. Then 2020 might be remembered not just as the year of plastic masks, but the year when the world also started to fight back against the plastic waste pandemic.

Called To Account: Unlocking The Hidden Wealth Of Governments