As a self-described military brat whose father’s work brought her to England, Florida, Arkansas, and Virginia, Dr. Candice Piercy knew what she did NOT want to be. Not an active-duty officer. Not an academic. 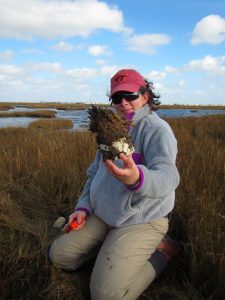 What DID she know? That she wanted to give back and to serve. “Both my parents were Air Force. My dad came from three generations in military service,” she says.

What surprised Piercy, now 39, however, was that she landed in the storied U.S. Army Corps of Engineers (USACE), best known for its brick-and-mortar projects. But rather than building concrete structures, she found herself shoring up green infrastructure like dunes and marshes in coastal areas. In doing so, she is providing a vital, lower emissions service for both local communities and the planet that also staves off flooding.

Such earth-bound work was a big shift from her earlier intergalactic aspirations. As a teen, Piercy dreamed of working on space projects and was a fan of Carl Sagan. However, at an information session on aerospace engineering at Virginia Tech’s College of Engineering where she was a student, Piercy learned that few aerospace engineering graduates worked on galaxy-bound experiments. After attending a similar, gripping session on biological systems engineering, she found her calling and declared that her major, going on to earn both a B.S. and Ph.D. in the discipline. This expertise she later learned would dovetail nicely with where coastal engineering particularly in mission-critical areas was headed.

“I was surprised that it was a specialty within the engineering school [rather than the agricultural school]. It really resonated with me,” she tells Driving Change. “I was attracted to land and water resources, understanding how vital they are to the water and sediment cycle, and how each interacts with biological organisms and living creatures.

“For my graduate school research, I looked at the role floodplain wetlands play in reducing floodwaters going into the small tributaries of the Chesapeake Bay,” she recalls. “My Ph.D. dissertation examined what wetland systems contribute to the watersheds of Virginia’s Shenandoah Valley.”

“We have to better communicate that our work is as exciting as that in academia and that we have better work-life balance.”

Piercy’s expertise perfectly met the needs of a new era. Following the cataclysmic destruction wrought by Hurricanes Katrina, Wilma, and Ike, USACE wanted to shore up coasts and waterways in both civilian areas and on military bases. They were looking for more enduring, flexible, affordable, and climate-friendly options. While the Corps was initially created to build bridges and tunnels for the Army, it has long had a branch focused on tackling the building and fixing of critical U.S. infrastructure for navigation, floods, and national security. Working for USACE requires no military service.

As a result, in 2010 USACE created an “Engineering with Nature” initiative that aligned natural processes to obtain engineering results. This initiative grew out of the U.S. Army Engineer Research and Development Center (ERDC), comprised of seven different labs, four of which are located at the Corp’s Waterway Experiment Station in Vicksburg, Mississippi.

This initiative started just as Piercy was looking for her next step. She learned of and applied to become a Research Environmental Engineer at USACE through Virginia Tech’s career placement service. Luckily, the hiring manager was also a Virginia Tech grad, so her resume rose to the top of the pile. But far more important were Piercy’s credentials. Hers were a rare combination of formal engineering training superimposed on a deep understanding of natural systems’ processes.

Piercy credits her offer to being at the “right place at the right time”. Just six weeks earlier an ecological modeler was hired and together they formed a team which has since grown to eight people.

In the years since, her role has evolved. “Earlier, there was a lot of explaining about what my role was. I started as an odd duck. I was the only engineer amid a bunch of biologists and soil scientists,” she recalls.

Later, she had to translate the value of so-called green infrastructure to civil engineers. “Today marshes, mangroves, reef systems, and beaches that offer engineering value like protection from storm surge and coastal flooding are degrading. Acknowledging, quantifying, valuing, and managing natural infrastructure like a wetland or dune is of critical importance so it doesn’t degrade. We’re starting to see a sea change on that,” she continues. “If we quantify the value of the wetlands and they are deemed to be worthy, the government will put money towards maintaining those marshes into the future.

“If we quantify the value of the wetlands and they are deemed to be worthy, the government will put money towards maintaining those marshes into the future.”

“This concept is gaining traction. Our senior scientist, Dr. Todd Bridges, spoke at a hearing on Engineering with Nature for the Senate Appropriations Committee. It’s gathering notice from the highest levels on the Hill, getting support from the Chief of Engineers.”

As a result, today Piercy’s role is more one of integrator, connecting disparate teams so that “nature-based solutions” are central to brick-and-mortar projects instead of bolted onto them. “In biosystems engineering, you always have to consider the biological elements in a design, for stream restoration, or a stormwater project. We now need to bring all disciplines together,” she says.

“Ultimately, we want natural infrastructure solutions to be one of several solutions for any sort of problem, for example, flood or coastal storm risk management and navigation, to keep our waterways open and navigable. Before, everything was very siloed. Today, we take a broader view of our projects’ benefits,” she continues.

“Biological elements will change in response to temperature changes and CO2 levels, not only waves and water levels,” she says, noting shifts in some mangroves moving northward and some marshes gaining elevation more quickly in the Chesapeake Bay due to higher levels of C02. 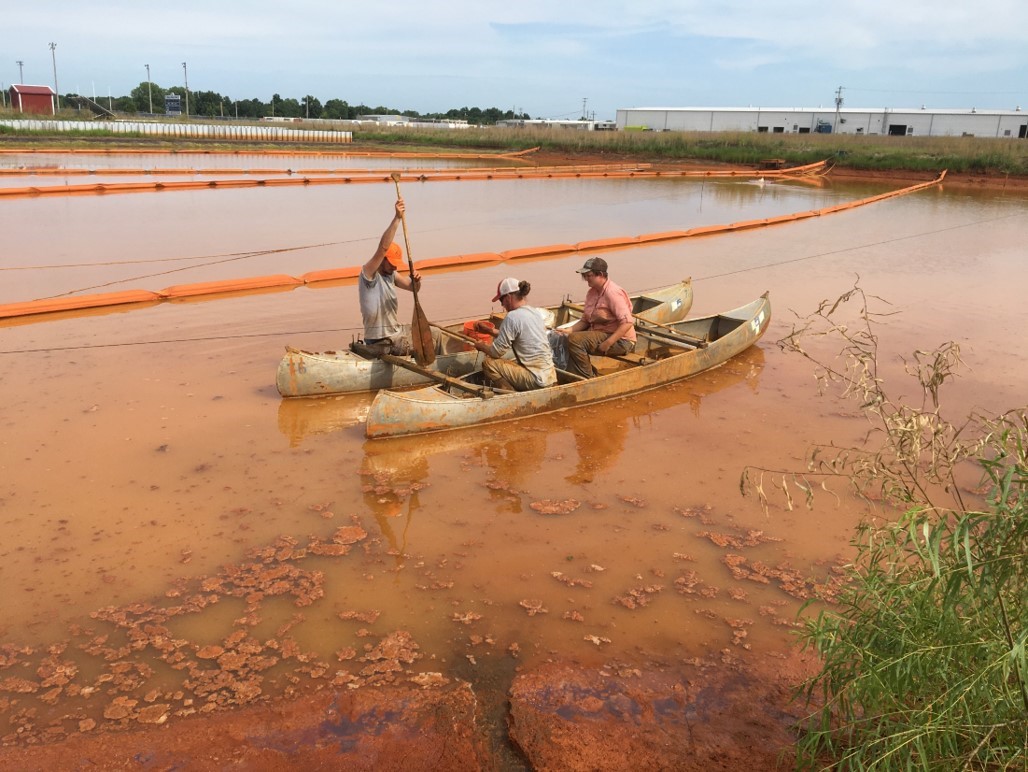 Given much broader acceptance today of a very different way of building, what’s next for Piercy?

First, growing her team with fresh expertise. “[There is a] generational retirement glut. We’re hiring like crazy,” she continues, noting that there are now many more women who are coastal storm surge modelers and coders.

Piercy also notes a personal interest in social equity and environmental justice. “How can we make ecosystem restoration, navigation, and risk management projects as equitable as possible?” she asks. “That means having the right people at the table, not biasing our analysis.”

Finally, what might entice talented engineers like her to opt for government service over work in industry or academia?

“We have to better communicate that our work is as exciting as that in academia and that we have better work-life balance. That means making sure that Ph.Ds. who didn’t follow an academic route are on graduate departments’ advisory boards. Also, when compared to engineering consulting firms, in government you have more freedom. You can craft your own research. After a few years as a junior researcher, you can make your own program, develop your own portfolio, get proposals funded. Only now I’m not shifting gears every other day. As long as you can find someone to fund it, you can do whatever you want on a project basis. My job always puts me on the steep slope of the learning curve. I love learning. This has been a great role for me.”

The People Driving Change in Africa