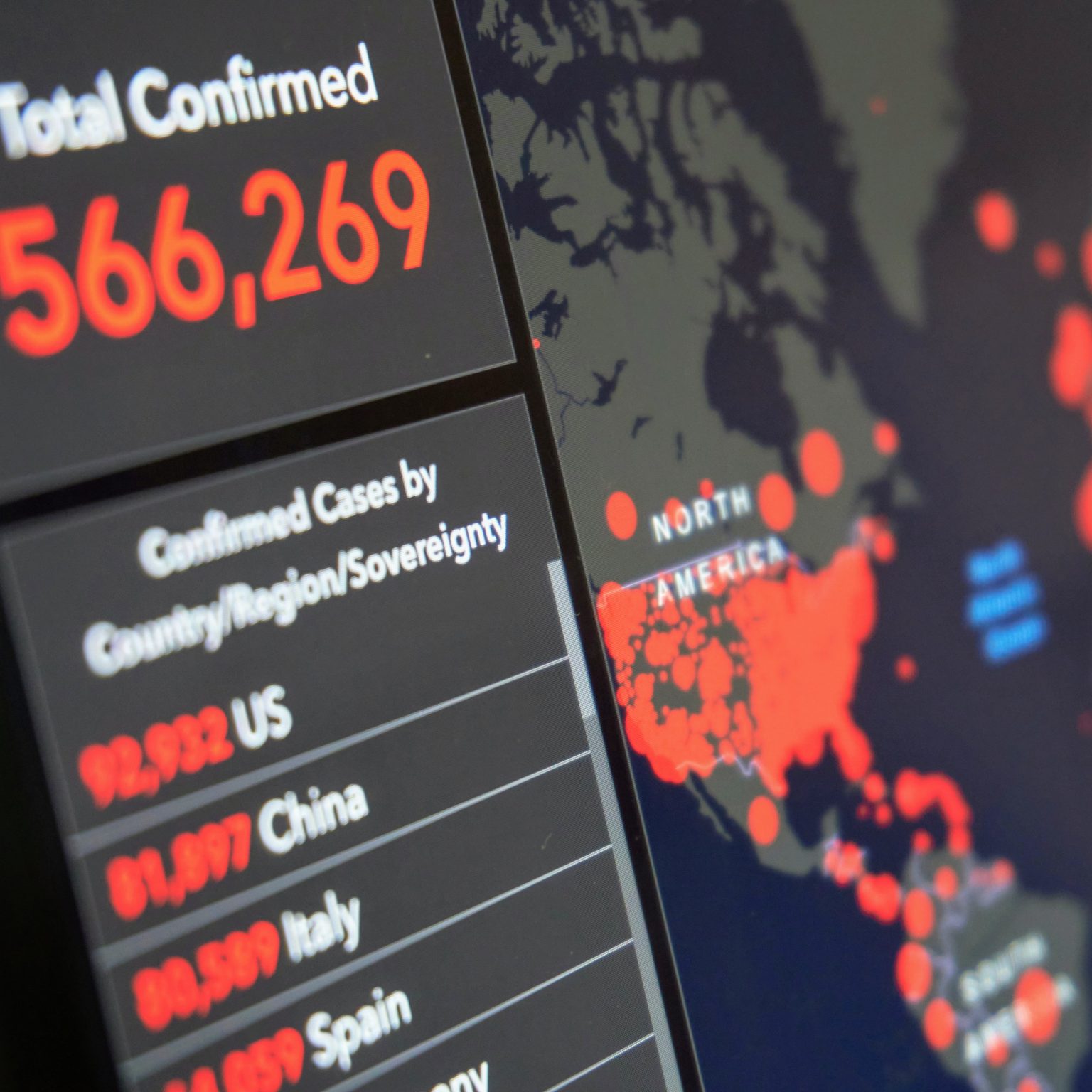 Imagine if we had a centralized system that could anticipate viruses like COVID-19. One that also predicted the probability infection would spread along with its impact so we could act before it takes hold. The last 18 months would have been very different. Well, two brilliant scientists, Dr. Caitlin Rivers and Dylan George, PhD, have been imagining this for some time. Now President Biden is acting on their design. The day after he was inaugurated, Biden announced plans for a U.S. National Center for Epidemic Forecasting and Outbreak Analytics.

Unsurprisingly, pulling together the resources and people to set up such an agency is taking time. But with the Delta variant spreading at breakneck speed, pressure is building.

The Center will formalize already strong ties between university-based scientists, pharmaceutical research & development (R&D) teams, federal agencies (such as the Centers for Disease Control (CDC)), politicians, and state and local governments. It will also add in sociologists and communications specialists to build in effective outreach and action plans from the outset.

George and Rivers outlined their vision for this Center a year ago in Foreign Affairs citing a dearth of technology and skills for “contagion modeling” that “fails to effectively inform public health policy.”

It’s not just forecasting… [it’s] knowing which interventions are likely to be most effective.

Biden bought in for good reason. Rivers is a senior scholar at the Johns Hopkins Center for Health Security, and assistant professor in the Department of Environmental Health and Engineering Research at its School of Public Health. She holds a PhD in genetics, bioinformatics, and computational biology following doctoral research on Avian influenza A, MERS, and Ebola. Rivers began her career as an epidemiologist with the U.S. Army’s Public Health Center and, after several equally impressive awards and roles as contributor to respected academic publications and on influential panels, testified before Congress on the country’s COVID-19 response — a mere decade after her finishing undergraduate studies.

George is vice president at biotech company Ginkgo Bioworks, which supported Moderna’s vaccine development. He went there after five years at In-Q-Tel, a national security-focused venture capital firm, where he supported U.S. government efforts to counter biological threats from infectious disease epidemics. Prior to that, he was a senior advisor for Biological Threat Defense serving the White House, where he helped facilitate interagency coordination of the response to the Ebola outbreak in West Africa. Earlier George led a team that developed analytical approaches to assessing risks from emerging infectious diseases at the U.S. Department of Health and Human Services, and he anticipated and assessed infectious disease risks at the U.S. Department of Defense.

“Clearly, we’ll need quantitative people, data technologists, social behavioral expertise. And we will need to communicate the data. Describing the nuance and complexity of …results in a policy context is not straightforward. Just because you can create a model doesn’t mean you can explain it to politicians. It will be a fairly complex endeavor,” said George over a recent webinar.

“We need expertise in human, medical, and strategic responses — and hardware. Certainly, we need physicians, programmers, and statisticians,” adds James Fleming, professor of Science, Technology and Society at Colby College and an author and reviewer for the Intergovernmental Panel on Climate Change who has served on study panels at the U.S. National Academy of Sciences. “But those components won’t be enough. [They need to be] interdisciplinary, intergenerational, and international. You need people with integrative viewpoints and skills… Are you interested in the human or modeling dimensions? In sensitivity measurement models or governance?” 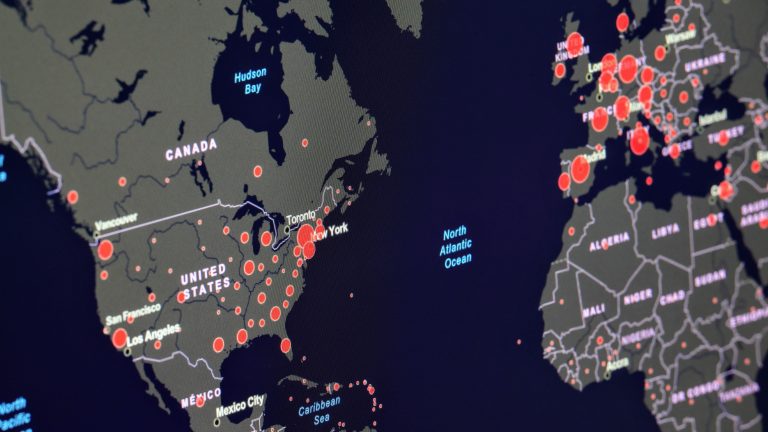 Here’s what they and other experts say the agency will likely focus on, modeled in part on the U.S. National Weather Service, Africa’s CDC, Holland’s Infectious Disease Modelling Team at its National Institute for Public Health and the Environment, and the U.K.’s Scientific Advisory Group for Emergencies:

1. R&D: Examining how viruses start and evolve, particularly the jump from animals to humans – and the environmental factors that may increase the likelihood of a new viral threat.

“Most infectious diseases in humans come from pathogens that circulate in animal populations. Ebola, Zika, many coronaviruses spilled over,” explains George. “I hope we can eventually anticipate spillovers. This incorporates ecological, social, behavioral, hydrological, and immunological components to understand the major drivers. If we can identify spillover dynamics, then we potentially could stop the spillover.”

2. Technology: Tapping supercomputers and new technologies to help spot and track the path of viral mutations, for rapid, accurate findings and recommendations.

“Our legacy systems are decades old and need to be modernized,” adds George. “We live in this age of pandemics. [But] we also live in an age of emergent technologies.”

“The field of epidemiology is built on data and data analytics,” notes Rivers, underscoring early and accurate outbreak data modeling’s importance. “Analysis can also help guide behavioral change. It’s not just forecasting…[it’s] knowing which interventions are likely to be most effective. [This] is really valuable to help decision makers direct resources efficiently and effectively.”

Adds George. “How do we clean and aggregate data? How do we analyze, visualize, present it? How do we interpret it more effectively for decision support?”

“Human behavior is a lot more dynamic. It’s more difficult to understand and anticipate [than the physical factors that impact weather],” notes Rivers. “Incorporating behavior data into our modeling approaches is one of the biggest areas of opportunity.”

5. Industry relations “We need to be explicit about the mission-critical need for private sector involvement in building data systems, to guide public health responses to vaccines,” says George.

6. Government liaising: Interfacing with global, federal, state, and local authorities to standardize and expand the data pool for fast, targeted analysis and decisions.

Over “the 2014 Ebola outbreak…all three affected countries collected the exact same data. In advance of that outbreak, a case report developed by the African CDC, in collaboration with the U.S. CDC, enumerated the different fields that should be collected [such as] demographics, exposure information, clinical information,” recalls Rivers. “That little bit of foresight — putting together the form and making sure that the public health departments had it — meant it could be pulled off the shelf in an Ebola outbreak kit. That really changed the quality and availability of the data. There’s a lot of space left for people who are great at interfacing with state and local public health officials and supporting decision makers.”

Adds George: “How do we collect data more effectively? The biggest challenge and frustration will be how those technologies and companies interface with the U.S. healthcare and public health systems,” citing opportunities to collect data from telehealth, at-home sampling and testing, wearables, and digital technologies and monitoring individuals.

7. Closed loop monitoring: Real-time tracking of a virus’ trajectory for rapid reactions to and updates on changes.

“How are people reacting in real time? I recommend a constant feedback loop, always engaging the public, gauging the spread of the pandemic, updating models — it’s a constant iteration. We might have good science, but the public sees science in process – the sausage being made, sometimes moment by moment,” says Fleming. “To change a policy, you have to explain why.”

8. Effective public communication: Adjusting messages and the means of public information campaigns (including visualizations) based on audiences and new developments.

“The communications challenge is big. People building the model might not be the right ones to communicate models. A lot of work has gone into understanding how to motivate behavioral change,” says Rivers.

How long until the Center is up and running? Insiders call its creation, overseen by the CDC, imminent. Congress passing the American Jobs Plan this summer and case spikes due to the Delta variant may expedite things. With strong global trust of Johns Hopkins-generated data, interest in such a center is high, both in the U.S. and in countries looking to create their own pandemic agency.

The communications challenge is big. People building the model might not be the rights ones to communicate models.

“We need to work with the public health, medical, and business sectors to integrate the use and adoption of these models and projections in a very sensible and informed way. Weather forecasts don’t simply tell you it will rain tomorrow, they say there’s an 80% or 20% chance of rain,” he explains.

“We want that kind of calibrated statistical reliability in our infectious disease forecasts.”