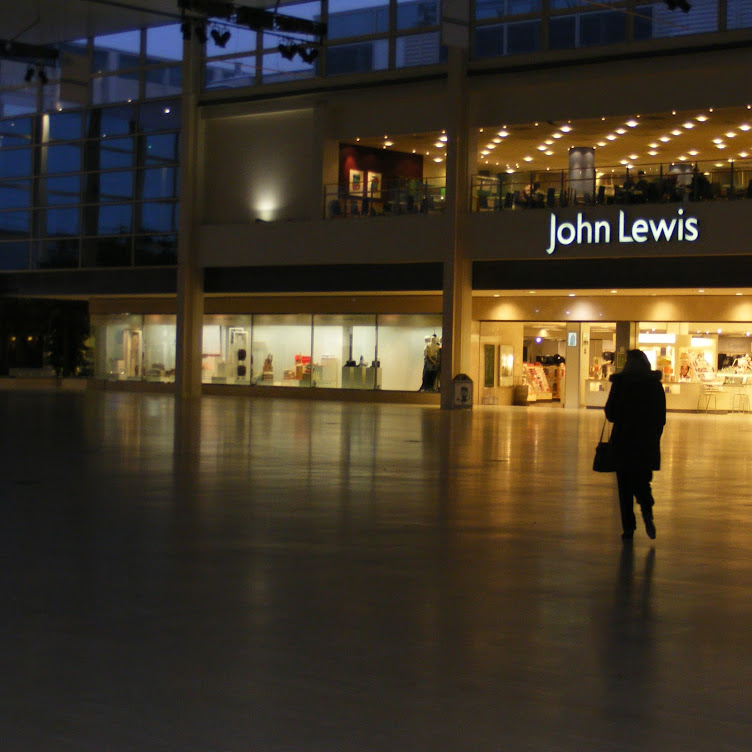 Britain’s squeezed property market and the John Lewis Partnership’s motto of never being “knowingly undersold” are not comfortable bedfellows.

Democratized controversially by Prime Minister Margaret Thatcher’s sale of publicly-owned council homes to their residents in the 1980s, housing is famously an obsession in this crowded nation, where homes are 70% owner-occupied and regarded by many as a better investment than stock markets.

“Your chance to live in a John Lewis store,” was one headline. “Never Knowingly Let,” quipped another.

It is difficult to think of a privately-owned UK institution better qualified to attempt a benevolent capitalist take on the housing market.Set up with a drapery shop in London’s Oxford Street in 1864, the business was turned into a partnership in 1929 by John Spedan Lewis, son of the founder, with ownership passed to trustees representing its employees 21 years later.

Boasting a mission statement pledging commitment to the happiness of all its members, its ethos was mimicked by Prime Minister David Cameron in 2010 when he unveiled plans for John-Lewis-style to run vast swathes of the public sector as part of a mooted “Big Society”.

In this instance, the numbers will be small, however. John Lewis’s current plan is to close only eight of its 50 department stores (though some of its 337 Waitrose food stores may also be shut).

In the context of Britain’s housing problem, that, according to The Times, represents “not so much a straw in the wind as a hay bale in a hurricane”.

Between 1985-2015, average British house prices grew from twice to six times the nation’s average income. Even allowing for the impact of the pandemic and its associated recession, median house prices in London are now 12 times median salaries. According to the Land Registry, the average house price in England and Wales rose from £70,000 to £224,000 between 1998-2008. The Economist noted in 2016 that, if general inflation had risen as precipitously as house prices since 1971, a chicken would cost £51.

The pandemic has readdressed things slightly, with UK house prices dipping by 1.7% in May and 1.4% in June, according to the Nationwide Building Society – the biggest monthly falls since 2009. In London, one in 52 people are said to be homeless, though 1,500 people were temporarily supported in hotels during the Covid lockdown.

Yet demand for housing has clearly risen well in advance of supply. The Economist found in 2016 that Britain was building fewer homes than any point since the 1920s.The number of new homes built in England has since grown to the highest level since 1991, with 241,000 properties added to the housing stock in 2018-19. At the beginning of this year, another 380,000 new homes were in the pipeline but the Government’s target of 300,000 homes a year being built by the mid 2020s looks unlikely to be met.

Housing charity Shelter said last year that solving the housing crisis will require 3 million new social housing units alone to be built in England over 20 years. That includes homes for people with additional needs, beyond a roof over their head. For instance, the nation’s stock of specialist retirement housing, related to the number of people needing it, is proportionately one-tenth of that in America and Australia.

Antiquated planning policy is cited as one reason for the mismatch. A 2016 study for Economic Policy Analysis by the London School of Economics and the Dutch Bureau for Economic Policy found that house prices in England would be 35% cheaper without regulatory constraints. The Adam Smith Institute, meanwhile, has calculated that 1 million homes could be built within ten minutes of a railway station if just 4% of London’s green belt was reclassified for housing.

An overhaul of the planning system is duly being promised. Yet landlords are already said to be exploiting a scheme allowing offices to be converted into housing without planning permission by building windowless studios for rental to young professionals with few other options.

Mulheirn, chief economist of the Tony Blair Institute, argues that even 300,000 new houses a year would not solve the problem. He says new English housing units have exceeded the increase in households by an annual average of 21,000, since 1996, resulting in dwellings exceeding households by 1.1 million in 2018. As a 1% increase in stock typically leads to a decline of 1.5%-2% in house prices and rents, building 300,000 houses a year would only cut house prices by about 10% over 20 years.

Mulheirn pins the blame on low interest rates that have pumped up effective demand for housing, but it is clearly not feasible to change base rates by enough to make a difference in the current pandemic.

Such are the complex foundations of an Englishman’s home being his castle that it is difficult to see a single solution. But at least John Lewis has put itself in the shop window of change.