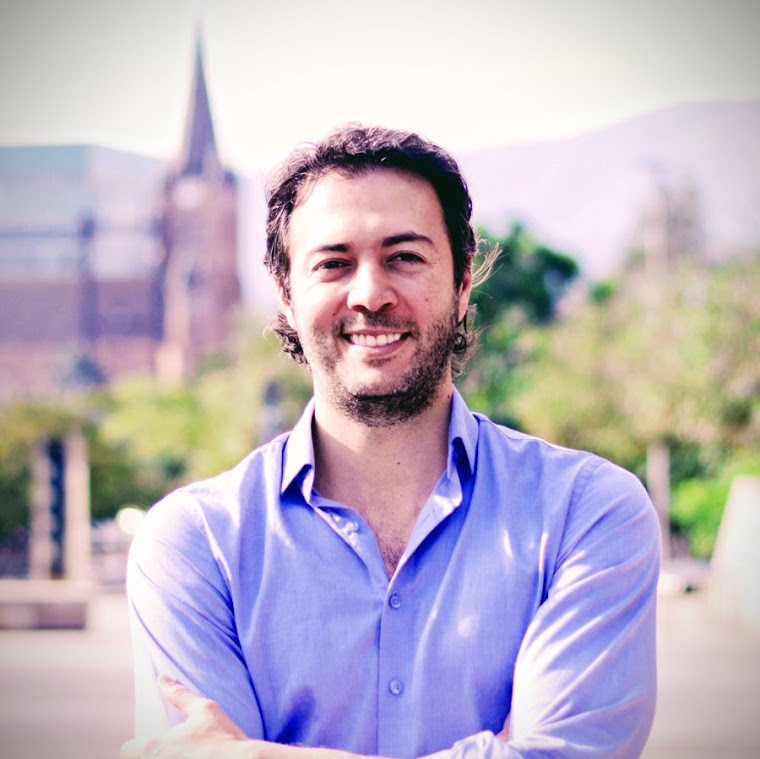 One of the world’s great urban turnaround stories has continued during the COVID-19 pandemic. When Daniel Quintero was born in 1980, his home city of Medellin was the world’s most dangerous city as well as its cocaine capital, known around the planet as the place where notorious cocaine kingpin Pablo Escobar founded his infamous cartel. But by the time Quintero began his political career in 2007, the city had been completely transformed through decades of urban revitalization, which included a state-of-the-art metro project promoting inclusivity and an internationally lauded development model. Now, thanks to the leadership of now Mayor Quintero, the city can add to its list of achievements a remarkably effective response to the global pandemic.

The statistics speak for themselves. Months into the pandemic, the city (pop. 3.7 million) had 741 confirmed cases citywide and only 10 patients hospitalized in ICUs. By comparison, the city of Los Angeles, boasting a similar population, had 104,000 confirmed cases with more than 3,000 dead. Medellín has fared even better than Colombia’s capital, Bogotá, which had 30,000 cases and 680 deaths. So, who is this Mr. Quintero and how did he pull off this achievement?

As Medellín was undergoing its groundbreaking renewal in the late 1980s, Quintero and his three brothers were being raised by their single mother, Stella Calle. At the age of 14, Quintero was slated to enroll in one of Medellín’s foremost universities, but that very same year his mother suffered a fatal heart attack that exacerbated the family’s financial situation. He put his studies on hold to help feed the family. Later, when Quintero was accepted into the University of Antioquia’s Electronic Engineering program, he lacked the necessary funds to pay tuition. He reputedly snuck into the university to attend classes unofficially – although an alternative telling saw a sympathetic employee at the university’s enrollment center take pity on Quintero and pay for his degree. For certain, at some point Quintero was able to graduate and travel to the United States for postgraduate studies.

In speeches and interviews, Quintero says his childhood hardships were foundational experiences that drove him to enter politics. After attaining an MBA from Boston University, he founded the Tomate Party—the name derived from a play on the word ‘tómate’, the Spanish expression for ‘take it’—which encouraged ordinary citizens to‘take’ responsibility and engage in the political process. The party gained nationalattention for its unconventional means of protest: inspired by a time-honored Latin American tradition of throwing tomatoes, Quintero and his party members would publicly throw tomatoes at pictures of politicians and other public figures, including a predecessor from Medellin, the extremely controversial former president of Colombia, Alvaro Uribe. This was not Quintero’s first foray into the political world; six years earlier he ran for a seat on Medellin’s city council for the Conservative Party, of which his father had been a member. He lost, but only just; an impressive feat considering he was opposed by all the local political barons.

In 2017, after a brief and controversial two-year stint in parliament as a member of Colombia’s Liberal Party, the now politically mature Quintero returned to Medellín to run for mayor. With his brother he pulled off a series of high visibility political stunts critiquing corruption and mismanagement in the city’s administrative structure. In one famous incident, Quintero gave a big lump of cheese to controversial Empresas Públicas de Medellín (Medellín Public Utilities Company) director Jorge Londoño, implying that he was a rat.

As the election battle came to a head in 2019, Quintero rejected the endorsement proposal of establishment parties, instead compiling a list of 153,000 signatures to run as an independent. His opponent, a dynastic politician, Alfredo Ramos, had strong ties with the corrupt establishment, and was endorsed by former president Uribe and the far- right Democratic Centre Party, which controlled much of Medellín. In an outcome unthinkable to many, Quintero won 38% of the vote, becoming the youngest-elected mayor in Medellín’s history.

Evidently Quintero’s anti-establishment streak stemmed both from an urge to uplift his community and a complete disregard for the powers that be. But a second broad theme, also rooted in Quintero’s own past experiences, explains why his administration has responded so effectively to the current pandemic: his love of collecting and utilizing data.

With a background in electrical engineering, Quintero founded a tech services company, Intrasoft, while still at university, serving as its CEO until 2012, when he founded the Piensa Verde (Think Green) think tank, which gained national preeminence for its proposal to plant one million trees across the country. In 2015, Quintero was appointed the CEO of INNpulsa Colombia, a government agency promoting productivity, entrepreneurship, and innovation. A year later, he was recruited by President Juan Manuel Santos of Colombia to serve as the Deputy Minister of Digital Economy at the Ministry for Information and Communication Technology (ICT).

All of this meant that when Quintero took office weeks after the COVID-19 pandemic began in Wuhan, China, he was already well-equipped to fight it. He began holding prep meetings in January, when the virus was but a blip on the radar of most Latin American countries. In a move dubbed ‘paranoid’ by some, Quintero’s province of Antioquia was locked down five days before the rest of the country, and Quintero himself acted faster than any other mayor.

Quintero soon unveiled an app called Medellín Me Cuida (Medellín Takes Care of Me), to ensure that the citizenry’s basic needs were being met while the city was locked down. To register, participants must provide data about themselves—from the size of their household to pre-existing health conditions—and are then eligible to receive food and cash assistance from the government. More than 3 million people, or 90% of Medellín’s population, have signed up, so far. Quintero’s administration is also harnessing this data to identify and predict new outbreaks of infection. Health Promotion Units can send teams to test the neighbors of people testing positive for COVID-19. The patients themselves receive kits with blood oxygen tests, which can trigger the deployment of nurses with oxygen supplies, if levels reported are too low. Even Medellín’s metro, famous as a catalyst of the city’s renewal, is fed data from Medellín Me Cuida to block COVID-19 patients and their families from entering.

The app has proven crucial to effective contact tracing and quickly testing potentially exposed people. Even critics of Quintero’s “big data” approach are having to admit that it is producing results. Medellín’s per-capita testing rates are higher than in Bogotá. Addressing his critics, Quintero reportedly told the Associated Press: “they’re partly right. Medellin is the city in Latin America with the most information on its citizens… But the question of our intentions in how we use this data can’t be doubted.” Quintero himself is already shifting his attention again to Medellín’s future. As he takes the city out of lockdown and prepares to revitalize the economy, he simultaneously aims to cut carbon emissions by 20% by 2030 and address wealth inequality through an ambitious ‘eco-city’ plan. “Medellin has a history of reinventing itself, of having deep resilience,” he has explained in interviews. What the future holds for Quintero’s own political career is a matter of growing speculation. Perhaps he can reach the very top. Certainly, the mayor’s unconventional yet effective response to COVID-19 has made him a trailblazer in the policymaking world.