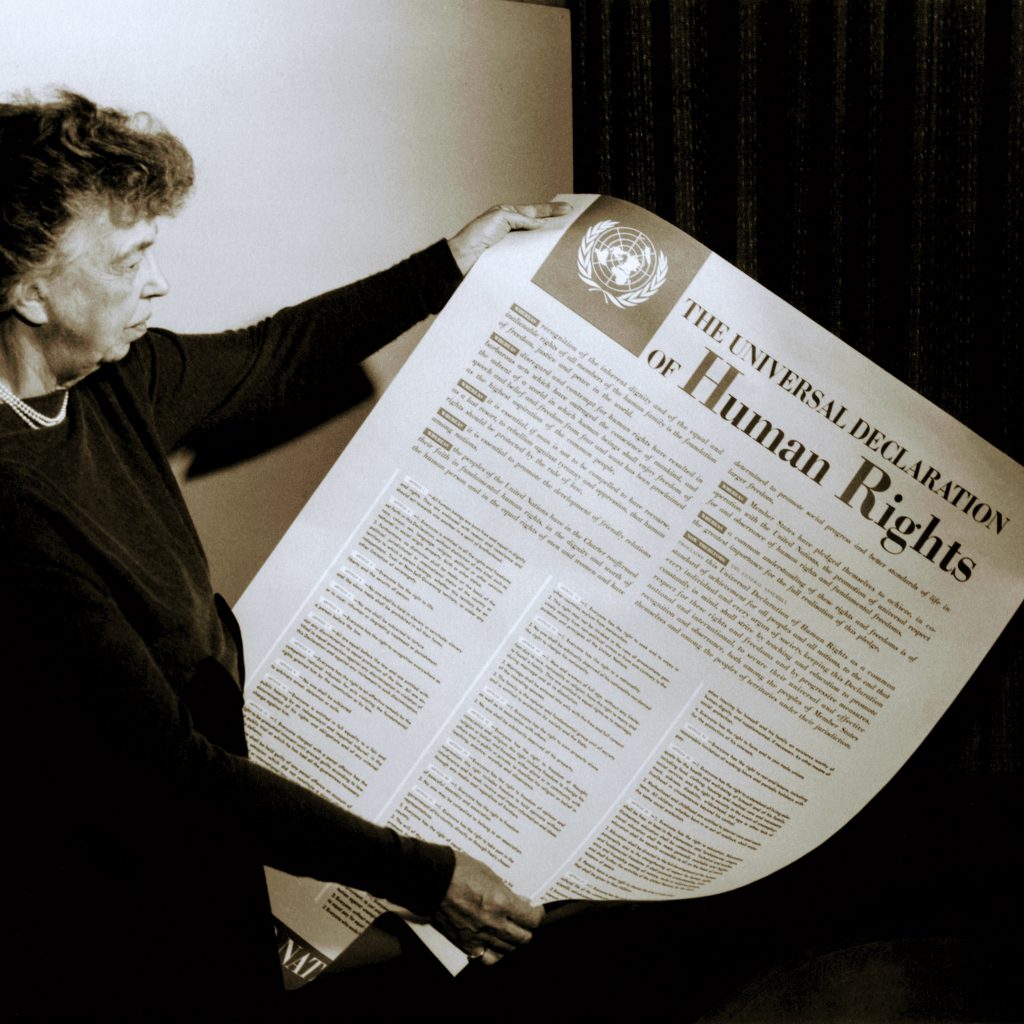 “Whereas recognition of the inherent dignity and of the equal and inalienable rights of all members of the human family is the foundation of freedom, justice and peace in the world,”

So begins the preamble to the Universal Declaration of Human Rights, adopted by the United Nations General Assembly as Resolution 217 in 1948.

The result of pioneering work by the UN Human Rights Commission, chaired by former American First Lady Eleanor Roosevelt, the Universal Declaration is a foundational text in the history of human and civil rights. It consists of 30 articles detailing ‘basic rights and fundamental freedoms’ as universally inherent, inalienable and applicable to all.

The Universal Declaration directly inspired the development of international human rights law and was the first step in the formulation of the International Bill of Human Rights, which was completed in 1966 and came into force a decade later.

In Asia, the predominant mechanism is The Asian Human Rights Charter. Created in 1996 by The Asian Human Rights Commission, which was founded by a group of jurists and human rights activists in Hong Kong, this declaration is a “people’s charter” in the absence of governmental charters on the issue. It states that the measures decided upon by the international community should govern human rights in Asia and that state sovereignty cannot be used as an excuse to evade international norms or to ignore international institutions. It also stipulates that international responsibility cannot be used for the selective chastisement or punishment of particular states or for one set of rights to be given privilege over another.

Over the years, there has been an increase in international efforts to enforce human rights and punish those who abuse them. A significant advance in this respect took place at the World Summit in 2005, when all UN member countries endorsed the “principle of the responsibility to protect”, which formalized the ability of the UN Security Council to intervene, in a variety of ways, when sovereign states commit, or threaten to commit, atrocities against a significant part of their population or abuse human rights.

Though considerable progress has been made over the years in much of the world, there is still a long way to go before the vision expressed in the Universal Declaration is fulfilled in practice for all people everywhere.