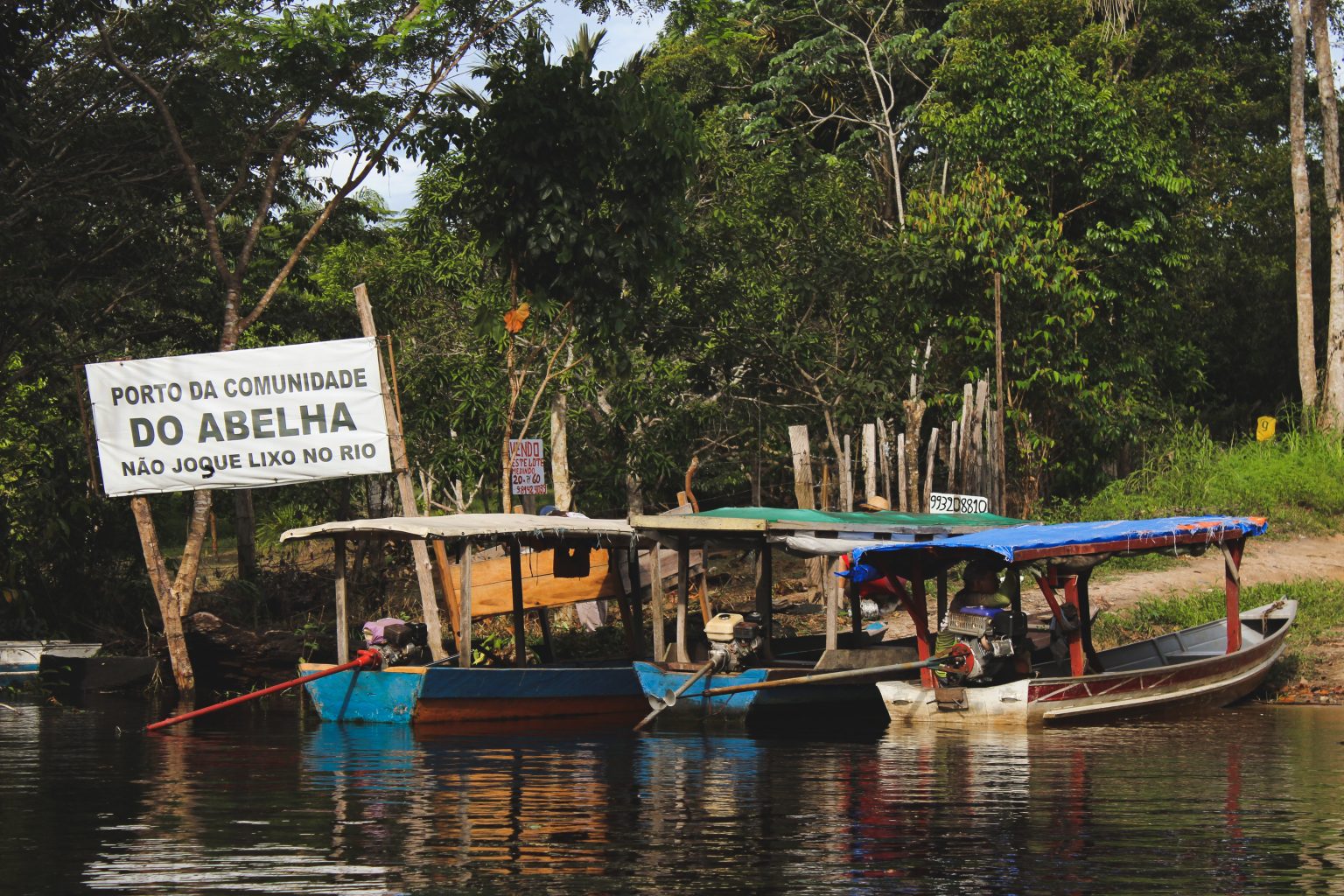 The doors will close, and you need to put your foot in to hold the door so it doesn’t close. Hold strongly.

“I fell in love with Manaus. It’s another world. I decided then that I would come North,” recalls Tatiana Schor, professor at the Federal University of Amazonas. She found herself working in the Amazon after accepting a tenure track position offer from the federal  university’s geography department as she was finishing her Ph.D. Once she was there, she was offered the opportunity to work on the Amazon River’s urban network, which was a “completely new world.”

So, recounts Schor, about her sweeping journey from big city student in Sao Paulo to field researcher in Brazil’s wild Amazonian region. Fast-forward 15 years and she is now Executive Secretary of Science, Technology, and Innovation for Amazonas state. In that role, she is helping diversify and grow the Amazonas economy in an ecofriendly and equitable way, tapping knowledge gleaned from her studies in economics (in which she holds a B.A.), geography (M.A.), and environmental sciences (Ph.D.) plus many experiences in the trenches. Schor specializes in the market structure of social biodiversity products and public policies based on monetary assets in the rainforest.

This is her third stint in government, always in Amazonas, and always on secondment from her university. Yet her task now is perhaps the most daunting: convincing both local indigenous communities and big agribusiness that thoughtful and profitable alternatives to both small handicraft ventures and extractive industries like mining must take root to keep the Amazonian region afloat and flourishing.

Schor’s prior government roles include Coordinator of Protected Areas in 2012, of which there are 41 spanning 91 million hectares in Amazonas, and Executive Secretary for Rural Production Planning in 2014 (both under the Dilma Rousseff administration), when she helped develop policies to provide native peoples with technical assistance for rural production. And from 2016 to 2017 she was a Fulbright Scholar in New York City.

All of this makes Schor the ideal person to speak scientific truth to political power, and to share tips with other field-based scientists in policy making roles. What’s helped her succeed? She told Driving Change that it is building an emotive narrative that weaves together technical and human elements sketched out by all stakeholders, together, using science, rather than politics, as their North star. Other tips follow in her own words; some have been edited for brevity.

When making public policies, laws and building a project are not enough. You have to structure the base, the narrative, the network. 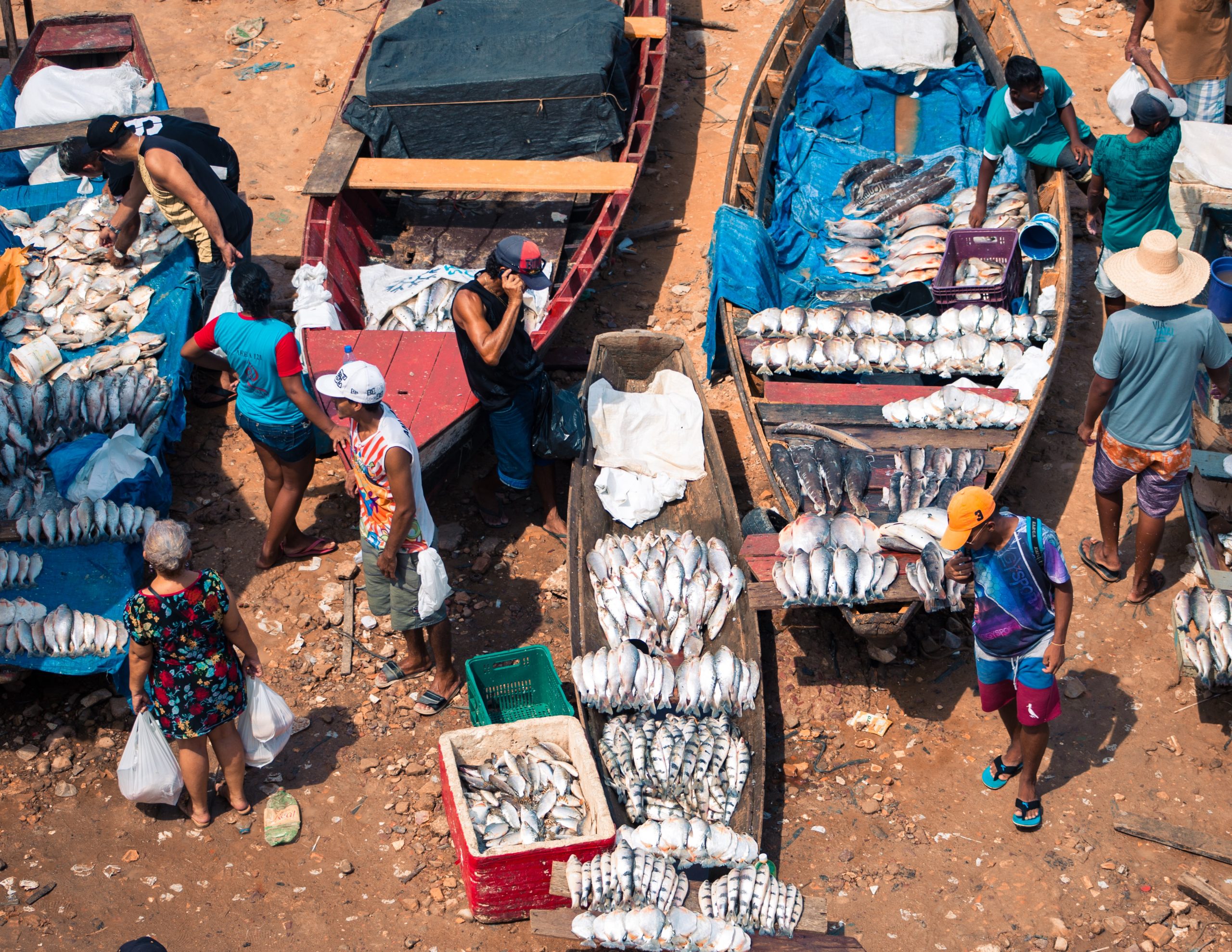 Follow your bliss: “You have to believe. You need that to let the bad things pass. I tell my crew, ‘The doors will close, and you need put your foot in to hold the door so it doesn’t close. Hold strongly.’”

Start in the trenches to master knowledge and make local ties — and wait: Schor says that the Brazilian government thinks that only books and papers are required for research. But in the Amazon, she says, “Everything is expensive and far away. Things take a long time. Still, I did field work with little money. I would travel in overloaded traditional boats with my hammock for days, constantly changing boats. Without a decent bathroom or food. It was the best thing I could have done.”

“In an Amazonian village, I wasn’t finding my way because I needed permission from the pastor to stay and inquire — they’re very rigid. Finally, after a five-day trip with only women I got to know an important family in the village as we cleaned the boat floor together and played with the children in the heat. I made a dice game, which their children played, and had long conversations. The older woman said, ‘I’m going to talk to the preacher.’ It took me three years. But I was welcomed.”

Choose your team and partners wisely, be inclusive, and stick to your lanes: “I have a small budget. But the government let me choose who works with me. Without political interference. That’s very important. I have a very diverse workforce. Young people, a lot of women because everybody was a man, with different areas of knowledge, most with masters’ degrees, from different regions. The only female indigenous geologist in Brazil is on my team. So, when the question arose about permitting mining on indigenous land, she spoke.”

Convene a wide range of people for an authentic dialogue and narrative that resonates with all parties – welcoming those with whom you may disagree: “To build a consensus narrative you need to bring people together and help them talk,” particularly those with radically different interests and perspectives, she says. “It’s not easy. But you have to be the government for everybody,” she notes, stressing the importance of involving both lower-level civil servants and local people. “We built a very technical, well-structured narrative. I spent all 2019 on this, building a common view of what had to be done, inside government, and if possible, bringing in partners. Choosing your words, drawing a strategy. It was very moving.”

Tap local people to spread best practices and the word: When Schor served as Executive Secretary for Rural Production Planning, she helped start an agricultural trade school scholarship program that developed both industry knowledge and leadership skills in young people. They acquired “knowledge we needed and learned how to talk to the community, understood their languages, and were respected by the elders. How can we improve rural production and indigenous areas without being disrespectful and too modern?” she asks.

Ground your plans in principles agreed upon by all parties: “How can we think about structuring markets to have more comparative relationships between market structures rather than competitive ones? Our Forum on Innovation in Investments in the Amazonian Bioeconomy focused on four principles 1) Conservation of biodiversity 2) Diminished social territorial inequalities. The Amazonian region is probably the most unequal in Brazil, with the worst indicators – for education, habitats, sanitation, everything. 3) The importance of science and technology – nano, high-scale technologies, and social technologies. 4) More forest: we have to learn how to be more expansive and have more biodiverse forests,” Schor says.

Structure a project so key elements can survive big political changes: “We had some interesting and inclusive projects during my second government term,” remembers Schor. “Then politics turned…and they were destroyed. It’s a big lesson. When making public policies, laws and building a project are not enough. You have to structure the base, the narrative, the network, so if you leave, people who benefited from it will have the strength to ask for continuity from their own power and to mobilize.”

Seek opportunities in other sectors to widen your lens: In Schor’s case, this comprised blending her technical and social expertise. Her role of Protected Areas Coordinator “was like another Ph.D. I learned so much about what it means to try new things based on science with an empirical and technical view inside a very political question. This comprises protected areas, the relationship between local traditional, indigenous populations, other populations, politics, policies, and security and international questions.”

Venture abroad for a different perspective: Schor’s Fulbright studies in the U.S. brought fresh air and an expansive picture of what was possible. “Being only in Amazonas gets you a bit out of what’s happening in the scientific world,” she says, adding that in Brazil she spent a lot of time “with feet on the ground. Sometimes you just have to think about bigger subjects,” she advises.

Only stress about the things you can control: “For the things that you cannot change — and where you cannot interfere — it’s not worth getting preoccupied. You’re going to get stressed. I almost burned out. You need to protect yourself from a world coming apart.”

Have patience: real change takes time: “It’s a messy problem. You need to take the time if you’re going to be successful. Patience and talking to people are key. When it comes to new policies, if you don’t oversimplify matters, many different factors could change things.”