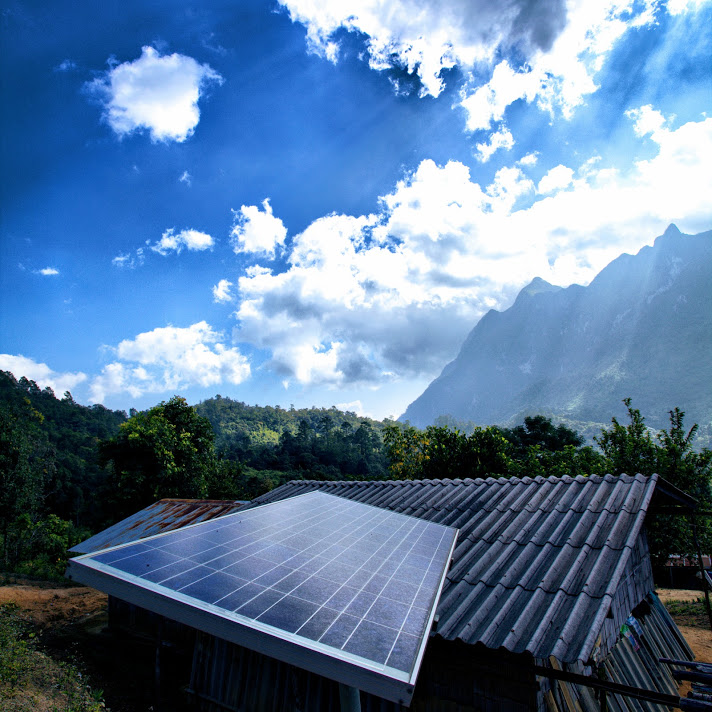 As the world went into lockdown, new renewable energy projects around the world ground to a halt. The transition to clean energy, a policy priority for many governments just 12 months ago, now faces an uncertain future: falling oil prices, investor anxiety and the shift in government focus to the public health emergency have all combined to cast a shadow over this until recently robust industry.

But the sun is still shining on renewables in Vietnam, a country widely lauded for its success in managing Covid-19. By shutting its borders early, the country so far has mostly kept the pandemic at bay. Vietnam quickly shut down local outbreaks, avoiding a country-wide lockdown.

This decisive policy has had a public health benefit: the country only recorded its first death in late July. Yet it has also had a significant positive flow-on effect on the economy too, which has reopened much sooner than its neighbours and expects to grow as others sink into recession. Importantly for Vietnam’s clean energy sector, electricity demand – while lower than projected before the crisis – continues to grow.

This has paid dividends for Vietnam’s renewables industry which has expanded rapidly in the past two years, led by solar and to a lesser extent wind power. Vietnam has pledged unconditionally to reduce its greenhouse gas emissions by 20% on 2010 levels by 2030, but this is not the only – or even the primary – driver for the sector: faced with a rapidly growing and power-hungry manufacturing industry, the government in Hanoi has realised it can bring renewable power online quicker, at a lower cost, than fossil fuels.

A few years ago, Vietnam was looking to increase coal power generation four-fold over a decade, a move that would have doubled emissions. A new draft masterplan, if approved, will see coal-fired generation rise, but at a much slower rate, says Rahul Kitchlu, sector leader for infrastructure and coordinator for the energy sector at the World Bank offices in Vietnam. The government hopes renewables will pick up the slack.

Vietnam, a rapidly emerging economy, will need private sector investment – much of it coming from overseas – to meet its targets. Investor demand is strong, partly because of the sector’s strong returns and partly because of Vietnam’s stable policy environment. Investors from outside Asia who had never had exposure to emerging markets have begun looking at Vietnam in the past few years, says Bree Miechel, a partner at the law firm Reed Smith who advises on energy and infrastructure projects in emerging markets. Despite the pandemic, “There is still a forward-looking, substantial pipeline. It is not a flash in the pan.”

Vietnam is one of the world’s few avowedly communist states, along with China, Laos and Cuba. But its government is also notably technocratic. Many senior leaders at the Ministry of Industry and Trade, which has responsibility for renewables, have a background in the energy sector, says Mr Kitchlu. “Either they have worked at Electricity Vietnam [the state-owned provider] or some of the other energy sector agencies.”

The result is that the government makes decisions about renewables policy based on expert advice. The Institute of Energy, an internal think-tank within the Ministry of Industry and Trade, does typical economic modelling but also talks to key people in other ministries, state-owned enterprises, private-sector power providers, investors and international financial institutions. The Prime Minister makes the final decision, but he will first consult with minsters across portfolios. “Policy-making in Vietnam is a very consensus-based approach, where decisions are taken by the appropriate competent authority,” says Mr Kitchlu.

Other obstacles may yet take the wind out of the sector’s sails. The creaking electricity grid needs an upgrade to cope with the boom in renewable energy, which generates more power when the sun is shining and the wind is blowing. A mooted shift to an auction system, where electricity providers bid to sell power back to the grid, has been slow to materialise. Even local investors, who have so far provided the bulk of capital, say these issues make the sector a riskier investment than it needs to be.

Governments, particularly in emerging markets such as Vietnam, may need to shoulder more of this risk due to the pandemic, if delays and increased costs caused by lockdowns and disruptions to supply chains become common, says Ms Miechel.

Economic growth, driven by political and economic reform, has lifted almost 30 million Vietnamese people out of poverty in the past two decades. But with growing wealth has come greater inequality. Add in the risk that, good initial performance notwithstanding, a pandemic-induced economic wobble remains a possibility, which would have dire consequences for Vietnam’s already marginalised poor and rural communities. Ultimately the pace of developing new power capacity will be as much about the depth of commitment to ensuring they can access electricity as about the industrial development that has driven it so far. Vietnam’s government cannot afford to take its foot off the gas.

Despite the pandemic, a combination of economic strong growth and good government has given Vietnam a great opportunity to become a regional leader in renewables. “They will be a winner out of this because they are still open for business,” Ms Miechel says. Mr Kitchlu agrees. In the challenging post-covid environment, he says “there is a handful of markets that will do much better (than others), and Vietnam will be among them.”