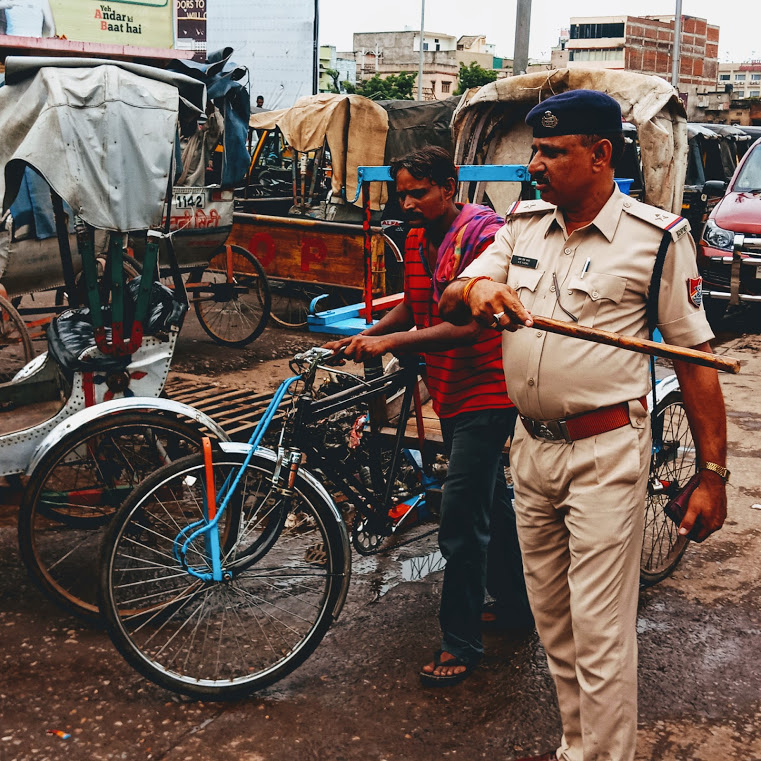 In the early days of Prime Minister Modi’s fierce 21-day pandemic lockdown, the Commonwealth Human Rights Initative (CHRI) released a set of guidelines imagining Indian police as a “crucial liaison point between people and essential services,” and prescribing the limited use of force, protections for suspects in custody, and accountability for police misconduct. During the lock down, police duties have indeed expanded to encompass public services such as going door-to-door to help the elderly and isolated, distributing food to women’s shelters, ferrying medication and essential commodities to remote tribal communities, and assisting thousands of stranded workers to facilitate their safe passage home. As a result, public trust in the police has soared to 70% from 30% in early 2020.

This surge in public trust has taken place despite public uproar over the highly publicized deaths in June in police custody of father-and-son Jayaraj and Bennicks, who had been arrested for keeping their shop open a mere 15 minutes beyond the COVID-19 curfew. With echoes of the reaction to the police murder of George Floyd in America, these deaths shocked the nation, with celebrities, radio DJs, and activists condemning Indian police’s excessive use of force.

Also in common with America, such deaths are far from exceptional in India, where there is a long and grisly history of police brutality, revolving around extrajudicial “encounters” between vigilante police officers and suspected criminals. The National Campaign Against Torture, an Indian rights group based in New Delhi, claims that at least 1,731 people were killed in custody last year across the country.

Torture, such as the beatings and sexual abuse that Jaravaj and Immanuel were subjected to, is widespread, and witnesses and victims’ families are frequently intimidated into silence. Accountability is scarce, with not a single conviction having been secured over any of some 500 deaths attributed to torture in police custody during 2005-2018.

The changes in the role of the police during the lockdown has not (yet) brought to an end this abusive and too often deadly behaviour. While many Indian police have embraced community engagement, others have resorted to violent means to enforce social distancing and lockdown measures.

Photos and videos have emerged from around the country during lockdown of people being brutally hit by “lathis” (truncheons), doctors being assaulted, and essential vegetable vendors being slapped around and extorted, leading to newspaper headlines such as, “The Indian Police must understand that coronavirus cannot be beaten with a lathi.”

It seems unlikely that public trust in the police will remain long at the current heightened level unless the officers responsible for this brutality are held to account. In 2016 a landmark Supreme Court case paved the way for police reform by stating in unequivocal terms the illegality of extrajudicial police killings and the lack of “absolute immunity” in such cases. Progress on reforming India’s vast police system has been slow, but activists such as Maja Daruwala, Senior Advisor at CHRI, are advocating for reforms that they believe can address the root of the problem: slow and underfunded regulatory bodies and a toxic, vigilante police culture.

The first issue, according to Daruwala, is a lack of regulatory bodies that can effectively hold so-called “bad apples” to account for extrajudicial actions. While on paper, India’s policing system has the checks and balances it needs to hold transgressors responsible, in effect only 13 out of 29 Indian states have working Human Rights Commissions (SHRC), while the rest are plagued with chairperson vacancies, staff shortages, or effectively do not exist.

If most SHRCs are notoriously ineffective, then lower courts across the country are infamously selective. Durawala points to the example of the Jawaharlal Nehru University demonstrations in Delhi earlier this year, where “swift criminalization” of left-wing student protestors is moving apace while there is “little word” about addressing police misconduct and vandalism in the university hostels.

According to Durawala, the courts and SHRCs need “root and branch” repair, a complete restructuring, if they are to regulate police behavior effectively. But beyond an overhaul of the courts—which would require extensive amounts of time, resources, and manpower—could there be an interim solution to address the pervasive toxic culture around police vigilantism?

Durawala has previously advocated for senior management to re-imagine the police “not in the colonial image that requires them to cling to power rather than principle” but rather as a “law-upholding service” enforcing human rights for all. The legacy of colonial policing has loomed large over contemporary India, but perhaps the COVID-19 pandemic will catalyze a new trajectory for India’s police: localized engagement with individual communities.

With strict adherence to CHRI guidelines, Indian police could build on the exemplary behaviour that some have already been practicing during the pandemic. Above all, the guidelines prescribe that police assist citizens with following safety protocol rather than enforcing said protocol. Positive reinforcement—or privileging the carrot over the stick—could be the key to repairing relations between police departments and their communities.

One carrot that could encourage the police to embrace reform, is that it would require a significant increase in funding. Extra duties during the pandemic has overstretched police forces, which have also had to cope with extremely high rates of COVID-19 infections among officers. One idea would be to make budget increases conditional, in part, on the number of First Information Reports (official complaints against police departments) filed. But, Durawala stresses, the police need more than money to reform themselves: “no matter what the allocation, it is important to tie spending to outcomes. An efficient and effective police can only be created through a constant evaluative process that surveys the needs for policing and aligns budgets accordingly.”

In the meantime, the case of Javaraj and Bennicks’ custodial killings has been transferred to India’s Central Bureau of Investigation. While justice is yet to be dispensed, the new more popular trajectory of India’s police raises the hope that of a future free of brutality, blessed with high public trust in the country’s system of law and order.