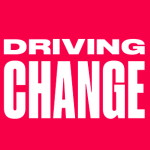 Driving Change
How Public is your Country's Wealth? Take our quiz.

Oliver Cromwell once described English land law as “an ungodly jumble”. More than 350 years later, Dag Detter has a similar view of the way cities and countries value what they own. Their property and assets represent two times global GDP – almost twice the size of equity capital markets. Grouped in public wealth funds, they could release capital equal to 3% of annual GDP – $600bn in the US – for vital infrastructure spending.

The fundamental problem, according to Detter, is that the public sector globally still uses cash accounting. This is a medieval method long left behind in the private sector by the accrual accounting innovation that helped develop capital markets, limited liability companies and the industrial revolutions that catapulted The Netherlands and Britain beyond Italian city states, funding transatlantic adventures and burgeoning empires.

Detter, a Swedish former investment banker at BZE, Credit Suisse and BNP Paribas, now runs an eponymous corporate advisory consultancy advising on unlocking value from public assets and is not impressed with what he finds. “The public sector has no clue what it owns,” he says. “It doesn’t have a balance sheet for its infrastructure, so doesn’t understand what’s coming in and what’s going out. If you operated like this as a company or private individual, you’d probably go to jail.”

Britain is a particularly egregious example. “They can’t even find their real estate a lot of the time,” groans Detter. There’s no Land Registry record of London’s Liverpool Street Station and countless other pre-war public buildings, because they haven’t changed hands in the last 50 years. “It’s very convenient. If something isn’t on the balance sheet, nobody will care to manage it. No-one will make sure you’re using it in the best possible way.”

Detter believes this led to Britain privatising its water utilities so cheaply in 1989. With century-old pipes leaking up to half their contents, the vast state borrowings needed to finance urgent investment were politically unacceptable. “The balance sheet wasn’t connected to the profit and loss account and the budget, so the Government privatised the water utilities for next to nothing,” he says. “If it had a proper balance sheet, it could have carried out maintenance and registered at market value the increase in the value of the assets, which would be higher than the debt incurred. The Government would have looked like the prudent owner of a commercial asset.”

Detter also criticises local authorities borrowing heavily from central government as well as paying top prices for commercial real estate without possessing institutions that can manage risk with proper accounting, capacity and professional management. “Governments throughout the world don’t have that,” he says, pointing to Croydon Council in South London, which is facing effective bankruptcy after a series of property deals. The result is an awkward engagement with private capital through public-private partnerships. In Britain, Detter says the Private Finance Initiative has “screwed up and transferred undue wealth to the private sector”.

No change of ownership needs to take place. Assets would simply be “placed into relevant packages” in public wealth funds operating as holding companies and using private sector accounting standards and transparency and governance models. Government-owned property would constitute two-thirds of the assets, with the remainder coming from operational assets, such as water and electricity utilities and public transportation systems. A report co-authored by Detter for University College London Institute for Innovation and Public Purpose, published in November, suggested separate public wealth funds for public venture capital, climate change mitigation and environmental protection and regional and urban economies. The cost to the public sector in the UK example is put at a maximum of 0.12% of GDP – £2.7bn a year.

Public wealth funds are not a new idea. In Europe, they have been utilised in various different ways in Austria, Italy, Sweden, Denmark and Greece. In Asia, they have been spectacularly successful in Singapore. In the US, Detter says they could enable a city like Boston, with reported assets in 2014 of $3.8bn, including just $1.4bn of property, to leverage hidden wealth of $55bn in its real estate alone. He says accounting for market value at current use is “the first step towards quality asset management”. The next stage involves understanding the returns that could be earned on such trapped value.

Detter was drawn into the public sector in the 1990s, helping restructure his nation’s public assets as president of the Swedish government holding company, Stattum,. “It helped save Sweden from bankruptcy,” he says. He went on to advise private equity group Terra Firma Capital Partners and consulting firms McKinsey and Boston Consulting Group. “Financially, this is not rocket science,” he says. “It’s very simple, but politically it’s incredibly hard to do, unless you have a crisis, because it’s all about political will. In the private sector, the game’s about holding people responsible to deliver a certain result within a defined time. Politics is about promising things that can never be quantified.”

“Whole of government accounts” have not helped much. “They don’t include real estate and are published nine months after the fact, which means they’re completely useless,” says Detter. “It’s information that’s nice to know, but you can’t make decisions with it. It’s like publishing English Premier League scores six months after matches have been played. Who cares? But nearly all governments do their accounting this way.”

Except for New Zealand. This nation of 5m people manages its public assets “brilliantly,” according to Detter, publishing monthly public finance statements plus five and ten-year forecasts before elections or major policy decisions. Any policy suggestions in the run-up to an election are matched against forecast statements on the balance sheet. “The balance sheet comprises all the assets at market value, not historical value,” says Detter. “If Britain did things New Zealand’s way, the discussion around Brexit would have been completely different. Instead of using silly numbers, arguments would have been based on net worth.”

COVID-19 is an even better example. “One of the reasons New Zealand could act so quickly was because it could measure accurately, taking quick and hard action in the knowledge of whether it would pay off and whether it had the money to pay for it,” says Detter. “The Western world is going to be shocked and paralysed by debt incurred to fight COVID-19. Creating public wealth funds are one way of releasing capital without raising additional taxes or returning to austerity.”

The idea may be catching on. With Citigroup seeing a need for global infrastructure spending of $58.6 trillion over the next decade, its special economic adviser Willem Buiter believes public wealth funds “make economic sense”. Financial Times commentator Martin Wolf adds that they’re “an idea whose time has come.” Corralling capital in this way may be particularly suitable for governments determined to ‘level up’ regional inequalities and ‘build back better’ after COVID-19. “I’ve been trying to do this for the last 20 years and you could say it’s been with limited success,” says Detter. Now this man from the nation of the midnight sun may get his moment in the limelight.