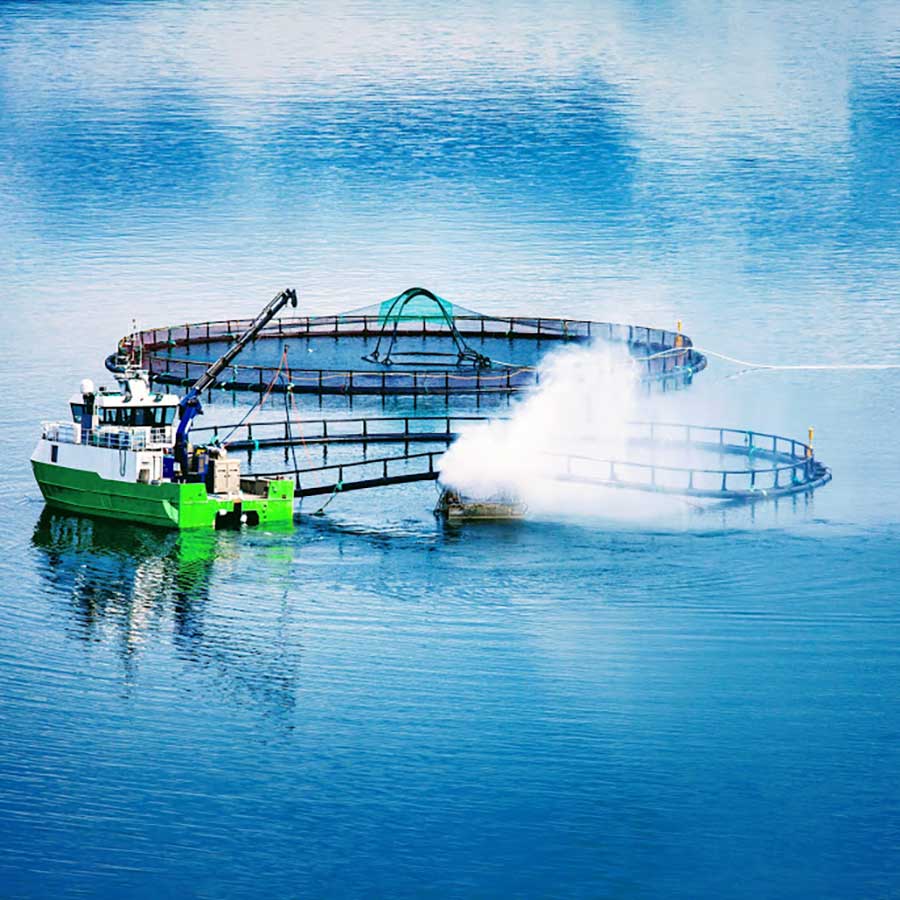 Stephane Farouze has an even more improbable story than Alfred Jones, Ewan McGregor’s scientist in Salmon Fishing in the Yemen. While that $35m-grossing romantic comedy about efforts to populate desert wadis with Scottish salmon focused on a single, inhospitable nation, Farouze’s start-up, Pure Salmon, aims to rear the fish on the biggest scale ever attempted on land. If he succeeds, this will be a pioneering impact investment, simultaneously helping to solve at least three of the UN Sustainable Development Goals: Goal 2, Zero Hunger; Goal 14, (sustainable) “Life Under Water”; and, more controversially for a fish business, Goal 15, “Life On Land”.

Founded four years ago, with over $350m of equity capital raised already and a bigger second fundraising round underway, the company claims to have a safe, disease-free method of producing salmon anywhere in the world without antibiotics, pesticides, hormones or chemicals. This purportedly differentiates it from much of today’s fish farming, which is increasingly criticised for its various alleged kinds of unsustainable toxicity. It aims to reach annual production of 260,000 tonnes by 2025 (from modest output today from its pilot factory in Poland). That would make the Abu Dhabi headquartered company the world’s second largest salmon producer after Norway’s Mowi.

Farouze adds that Pure Salmon’s process has a significantly lower cost than sea-based salmon farming. “Our salmon never comes into contact with sea water and our production process has no negative impact on oceans,” he states. “We’re creating a company that in the next eight years will be valued at between $10billion-$15billion. It’s going to be a global leader.”

Today, farmed Atlantic salmon is a 2.6m tonne-a-year business that grew by 7% last year, according to the UN’s Food and Agriculture Organisation. About 600,000 tonnes a year go to the US, though Americans only consume an annual per-capita average of 1.6kg, below Europe’s 2.2kg. However, the US figure has risen by 55% over the past 15 years and the increasing popularity of sushi and non-meat diets are expected to contribute to US consumption increasing to 1m tonnes a year by 2030. In China, meanwhile, per-capita consumption is primed to grow from 100g to between 500g-700g.

As demand grows, the regulatory environment for caged sea-fish is becoming more demanding, amid mounting pressure for regulatory quotas and bans. Land-based production is one potential answer, with research from Rabobank calculating that 700,000 tonnes of capacity are being planned globally. Fish in “cages are a huge problem for ocean’s ecosystem, so this growth is going to have to come from somewhere else,” says Farouze. “We’re going to help solve this issue. The sea is sick; full of plastic, algae and sea lice. Food security is a major issue and we have the technology to produce salmon at volume on land.”

Phase one of Pure Salmon’s strategy aims for 40,000 tonnes of annual salmon production from its operations in France, Japan and the American state of Virginia, topped up by 20,000 tonnes in Lesotho, and a further 100,000 tonnes in Beijing, Chengdu, Shanghai, Guangzhou and Shenzhen. An additional 100,000 tonnes are planned for the US, Bahrain and Asia, where there’s already an agreement with the government of Brunei.

Key to Pure Salmon’s large-scale approach is a recirculating aquaculture system developed by Israel’s AquaMaof Aquaculture Technologies, with which it has an exclusive commercial arrangement. Its fish production pilot at an inland farm in Poland has seen the concept validated as ocean-friendly by the Ocean Wise Seafood Program and certified by the Agriculture Stewardship Council for full supply chain traceability from farm to fork.

“Everything we do is about impact,” says French-born Farouze, chairman and co-founder of private equity firm 8F Asset Management, which he co-founded with former Deutsche Bank colleagues Martin Fothergill and Karim Ghannam to “develop vertically integrated aquaculture production and processing facilities.”

“Norway and Chile effectively control the market for Atlantic salmon, so there’s a huge carbon footprint issue. We’re providing fresher fish that are locally-grown, which will be good for local economies and jobs and also good for the planet.”

This is not an investment for the faint-hearted. The initial $350m was raised from corporates, insurers, pension funds, family offices and sovereign wealth funds. Another $700m is being sought this year, never mind the COVID-19 pandemic – en route to the hoped for $1.6 billion of total equity envisaged in Farouze’s plan.

“Impact investment used to be about businesses that were not scalable and required a lot of government help,” he contends. “We’re doing something impactful and scalable with good returns for investors.”

Time will tell if Pure Salmon is the game-changer Farouze believes it to be. Fish farming is a precarious business subject to ecological, biological and geo-political, as well as commercial, pressures and critiques. Even in the fictional Yemen film, billed as a “triumph of hope in a cynical world,” the fish part of the story doesn’t end well. “I believe in it,” says Jones, the movie’s hero, “because it is impossible.” Similarly, Pure Salmon may think its feet are on solid ground, but it will have to navigate some turbulent waters to meet its ambitious targets.