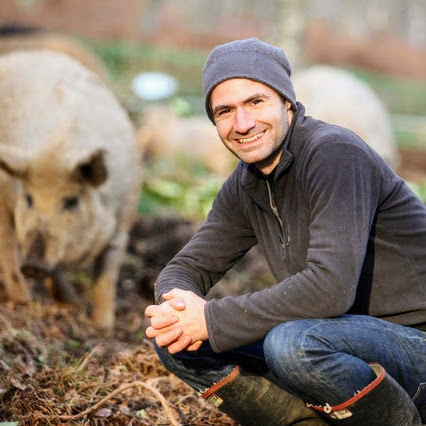 Jim Mann, an ecologist and now “tree farmer” in Scotland, is no fan of many of the world’s carbon offsetting programs. “Offsets have been a mess for many years and I’d go so far as to call them a scam in most cases. The people selling them know they don’t actually do what they say they will do.”

Instead he is trying to grow a different, regenerative model in forestry, one that relies on pigs scuttling through the woodlands, producing biochar, restoring peatlands, and experimenting with all that nature has to offer. He calls it his The Future Forest Company.

The business of reforestation has its challenges, many of which have been widely documented and discussed: often the wrong species of trees are used, instead of native ones; they’re planted on land that may have new ownership in a few years; there’s local politics at work which can come into play years after a project has been launched. Yet reforestation is very much needed. The UK, for example, where Mann works, has only 13 percent of its woodland left. More than two-thirds of the land in the UK is farmed, which Mann defines as “degraded” land in most scenarios because its soil health has depleted over decades of continuous farming. Currently, just about 3 percent of the country’s land is devoted to agroforestry.

“It’s a really complex issue and the solution won’t be easy or straightforward either. But all the work we are doing has a positive impact, albeit small in global terms, so we’ll keep trying to scale it up and maximize the good we can do and hope there are others who do the same in the cultures and areas of the world that they understand,” Mann says from his outpost in Scotland.

Regenerative forestry is about far more than planting trees.

A former technologist and entrepreneur, Mann had a successful career launching and running companies. But in 2019, together with co-founder Jade Read, he decided to explore a nature-based venture: crafting a business model that would enable him to reforest large swaths of Scotland. They started with 430 acres south of Glasgow, where over 20,000 trees have been planted in the past year, relying on a mix of deciduous trees to mimic the old native forests of the region.

The goal is to plant 50 million trees by 2025 throughout Scotland. In the past year, The Future Forest Company (FFC) has acquired another 2,000 acres on the Isle of Mull. By working in Scotland, where land is more affordable, Mann says he is able to keep costs low, planting a tree for 5 GBP or less. Currently, the company owns over 5,000 acres and aspires to buy more.

But regenerative forestry is about far more than planting trees. He has made each of the forests and woodlands home to Mangalitsa pigs, a curly-haired variety well-suited to the Scottish climate, who like to rummage through the trees. “They’re bullet-proof pigs, close to a wild boar, so ideal,” he adds.

These pigs trample all over the bracken, breaking up these hardy plants blanketing the forest floor. Bracken is a “problem because a lot of the other native plant species struggle to come through. We need a bit of soil disturbance to get the seed bank to rise up,” Mann explains.

Plus, the pigs help spread manure, and enrich the soil. In regenerative models of agriculture, animals play a key role with their grazing patterns, their waste (aka poop), and their ability to manicure lands the way nature would have intended.

More revenue from carbon offset sales means we can put more money into scaling up these technologies and start sequestering millions of tons of CO2 per year.

Since the UK has lost most of its large wild predators, leaving behind a large population (primarily) of deer, forests need some soil disturbance and interference, which the pigs help provide. Currently, only a few pigs are sold for meat; in the future, the company hopes to have fruit and nut crops that it can sell instead to bring in more cash flow, and still partake in regenerating soils.

Mann is also experimenting with biochar. That results in a carbon-rich material, which, he says, can hold 75 to 90 percent carbon. Unlike composting or just letting the material rot in landfill where it would release methane, this process avoids those emissions and results in a material that is healthy for the soil. “It’s also a great medium for soil bacteria to flourish.” He intends to use forestry waste to produce this biochar, which can then be sold or used by the Future Forest Company itself.

To finance this work, Mann has turned so far to private investors and utilized government schemes that encourage reforestation and provide grants to landowners engaging in this activity. But these grants, he says, are “by no means sufficient in themselves to achieve our aims,” and he plans on raising further funding to scale up the venture. 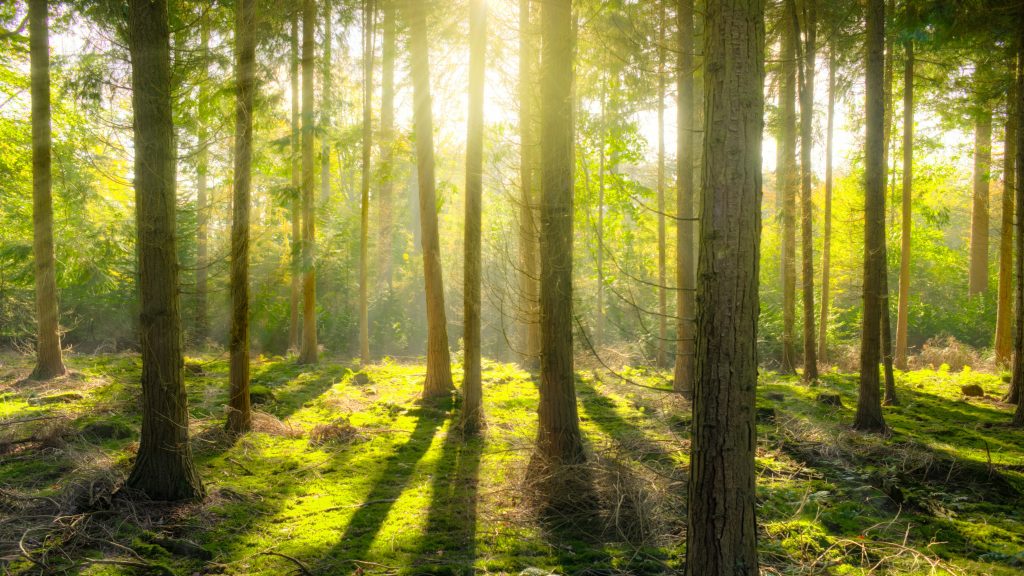 Sequestering carbon is not a quick process, as trees take time (often around 10 years) to absorb carbon in large quantities. Future Forest hopes to sell its first carbon offset credits at the end of this year to British brands hoping to reduce their net emission footprints. But Mann is happy to play a long-term game.

“Demand for offsets is skyrocketing, and demand will soon significantly outstrip supply. It’s also the thing that will make the most difference in the fight against climate change. More revenue from carbon offset sales means we can put more money into scaling up these technologies and start sequestering millions of tons of CO2 per year. We need this level of scale and more to have a real impact on climate change.”

Having companies such as Future Forest in one’s backyard could be advantageous for UK brands looking to offset their carbon footprint. Instead of turning to far-flung forests, they can help with restoration at home. So long as they can see the wood for the trees.