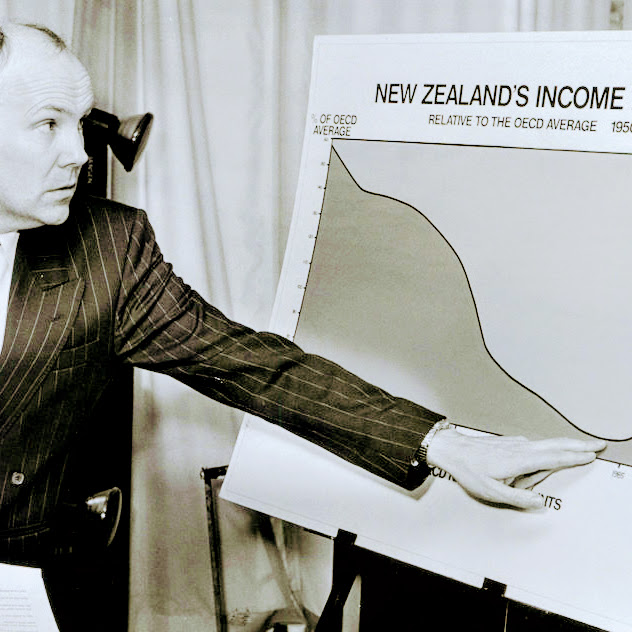 In late 1989, as part of a reform package that also made the country’s central bank independent from political interference, the government of New Zealand set a target of keeping the country’s rate of inflation at between 0-2% a year.

Before that, like many other countries, New Zealand had been struggling to keep a lid on inflation, which had spread viciously around the world in the 1970s, due to some combination of factors including excessively loose monetary policy, a lack of flexibility in the economy and soaring oil prices as the OPEC cartel played hardball.

Tighter monetary policy had helped move the world away from hyper-inflation in the 1980s, but a Milton Friedman-inspired focus on controlling inflation via setting targets for the money supply proved a blunt instrument, and often had the side effect of keeping unemployment higher than necessary.

New Zealand’s inflation target shifted the emphasis from the intermediate money supply measures to the ultimate goal of low inflation. Economists mostly agreed that a little inflation can be a good thing—evidence that an economy is growing; whereas deflation brings a whole lot of nasty side-effects, hence setting the target at 2%.

For much of the 1970s and 1980s, inflation in New Zealand had fluctuated between 10-15%. After the inflation target, it stayed in a fairly narrow range around 2%, sometimes just exceeding 5%, and briefly going negative.

No wonder other countries soon embraced inflation targeting, too, typically combined with central bank independence to limit political interference, which in the past tended to prioritize short term economic growth over stable prices and higher long-term growth. Canada adopted a 2% target in 1991, followed shortly after by the UK and Sweden.

In 2012, the world’s most influential central bank, America’s Federal Reserve, said it too would target a 2% inflation rate—though it was generally reckoned to have been unofficially targeting that for many years. That same year, Japan announced a 2% target —in its case, hoping to increase its inflation rate to that level by stimulating its long stagnating economy. Although the European Central Bank formally says it has no inflation target, it is believed to have been aiming for 2% since 1998.

There is some debate over how much difference targeting has made. Perhaps inflation also stayed low after the 1980s because internal tensions weakened OPEC, economies were made more flexible (especially labor markets), and the opening of China brought a huge amount of cheap productive capacity on stream. And maybe, too, so many years of low inflation lulled central banks into a false sense of security, so that they failed to prepare adequately for sudden economic shocks such as the 2008 financial crisis.

Clearly, though, the targets helped embed an expectation of low inflation in the minds of the public—which in turn has helped keep down pressure for the higher wages that created a vicious upward cycle in prices back in the days when inflation was rampant.