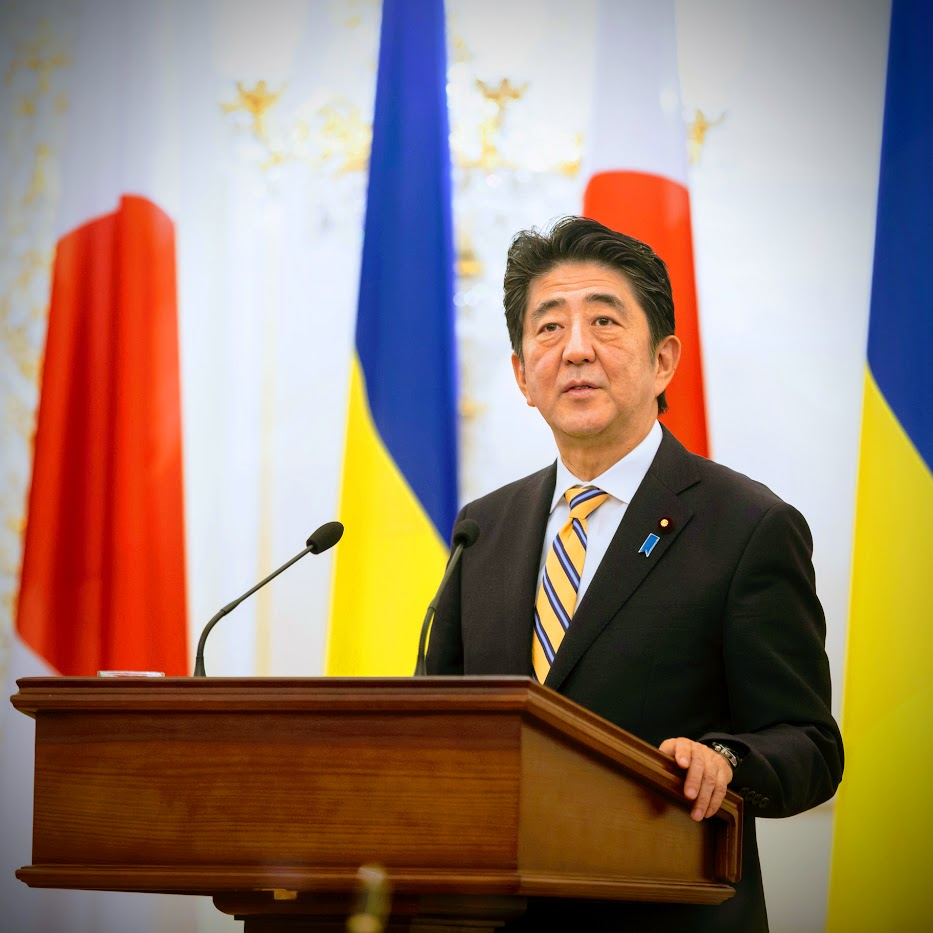 In what turned out to be two of his last public appearances before resigning, on August 6th in Hiroshima and three days later in Nagasaki, Shinzo Abe, Japan’s Prime Minister for the past 12 years, commemorated the 75th anniversary of the two devastating nuclear attacks that were the beginning of the end of the Second World War. He repeated his call for a “nuclear free world” (not convincingly enough for some of the few survivors of the attacks allowed under Covid-19 restrictions to be in attendance). And, noting the “severe security environment and the disparity in countries’ standpoints on nuclear disarmament that we see today,” he argued that “it is imperative that countries eradicate distrust through mutual engagement and dialogue and make efforts over time to forge a common foundation.”

Although Mr Abe has been at times an unusually popular Japanese Prime Minister, both at home and abroad, it is far from certain how history will judge his time in office, the end of which he has attributed to ill health. He has given his name to his Abenomics economics policy, yet the country’s economy is still not firing on all cylinders. Indeed, there has been plenty of criticism of his handling of the Covid-19 pandemic, especially its economic consequences. He has been accused of attempting to whitewash Japan’s wartime history, and his (unsuccessful) attempt to revise Japan’s pacifist post-war constitution – while welcome by Japan’s allies – sparked heated debate at home. He had also become mired in a series of scandals on matters ranging from allegedly dodgy land deals to his increasingly lavish “cherry blossom parties”.

Yet as tributes from left and right made clear, his presence will be missed on the global stage, not just for his considerable experience but because he has become a model of the sort of constructive, engaged multilateral leadership that is arguably needed now more than ever. “I of course regret his resignation,” said Angela Merkel, the Chancellor of Germany, having “always worked very, very well together” in the “fight for multilateralism.” Even the hawkish John Bolton, a former US ambassador to the UN and briefly Donald Trump’s National Security Advisor, mourned the departure of a “disciplined diplomat” who “unarguably strengthened the sometimes-fractious Japan-US alliance” by being a sort of “heavy metal chain tethering the president somewhere proximate to reality.”

He leaves a void at a time of growing geopolitical uncertainty, worsened by the pandemic, which according to former Australian prime minister Kevin Rudd, now President of the Asia Society, “appears to have shredded much of what was left of the U.S.-Chinese relationship.” Under Mr Abe, whose accomplishments include reviving the influential Quadrilateral Security Dialogue with Australia, India and the US, and rescuing (albeit without America) the Trans Pacific Partnership trade agreement, played an important balancing role in the region to counter its emerging superpower neighbor. At the same time, his carefully crafted chumminess with his golfing buddy in the White House helped keep President Trump’s worst China-bashing instincts in check.

For leaders looking to learn from Abe’s statesmanship skills, Bolton highlights his “stoic patience, persistent attention to his (and our) ultimate objectives,” as well as a mastery of data (well-chosen charts and graphs) and a determination not to become embroiled in potentially inflammatory economic disputes.

But perhaps his most significant lesson is that an often arduous commitment to building the institutions necessary to underpin multilateralism can pay off. This has become ever more evident in recent years as presidents Trump and Xi tired of existing global institutions, each for their own reasons, yet Abe continued to embrace them, including by reviving the TPP after Trump tried to destroy it, and by advocating for reform of the World Trade Organisation as a way to stop it being abandoned by the squabbling superpowers .

Whilst Japan adopted a more assertive stance towards China under Abe’s leadership, the committed multilateralist also strengthened bilateral relationships with key allies including the United State and India (although Japan’s once-healthy relationship with its close neighbor South Korea is a notable weakness).

He also “unremittingly pursued the elimination of its nuclear, biological and chemical weapons programs” in North Korea, as Bolton describes it.

In short, as prime minister, Abe has become a ‘standout’ among global leaders, says John Lee, a senior fellow at the United States Studies Centre at the University of Sydney and at the Hudson Institute in Washington, DC. “On the one hand, he’s very clear-eyed about geopolitical competition and he doesn’t shy away from it. He’s quite proactive, positioning Japan as a valuable, capable player in that field. But on the other hand, unlike, for example, the United States, Abe understands both the power of institutions and the importance of them.” Moreover, “Abe led a concerted push to create and sustain international coalitions in Asia,” adds Robert Ward, Japan chair and director of geoeconomics, geopolitics and strategy at the International Institute for Strategic Studies.

This approach has brought significant rewards. “Abe’s legacy is that he changed both the Japanese role and mindset to the extent that Tokyo is now seen as the leader amongst Asian advanced economies and democracies,” says Mr Lee. On the other hand, points out Ward, whilst “Japan may now be institutionally and conceptually better prepared to manage China’s growing influence than many of its rich-country peers”, this “also means that Abe’s successor will face high expectations about Japan’s international role, with fewer fiscal resources and in an increasingly fraught global environment.”

His sudden departure, with no clear successor named, creates uncertainty at a time of increasing global tension. Will Japan’s next leader be built of the same multilateral and diplomatic stuff as Abe? And if not, will someone else emerge to fill the vacancy his departure has created for a multilateral institution builder?