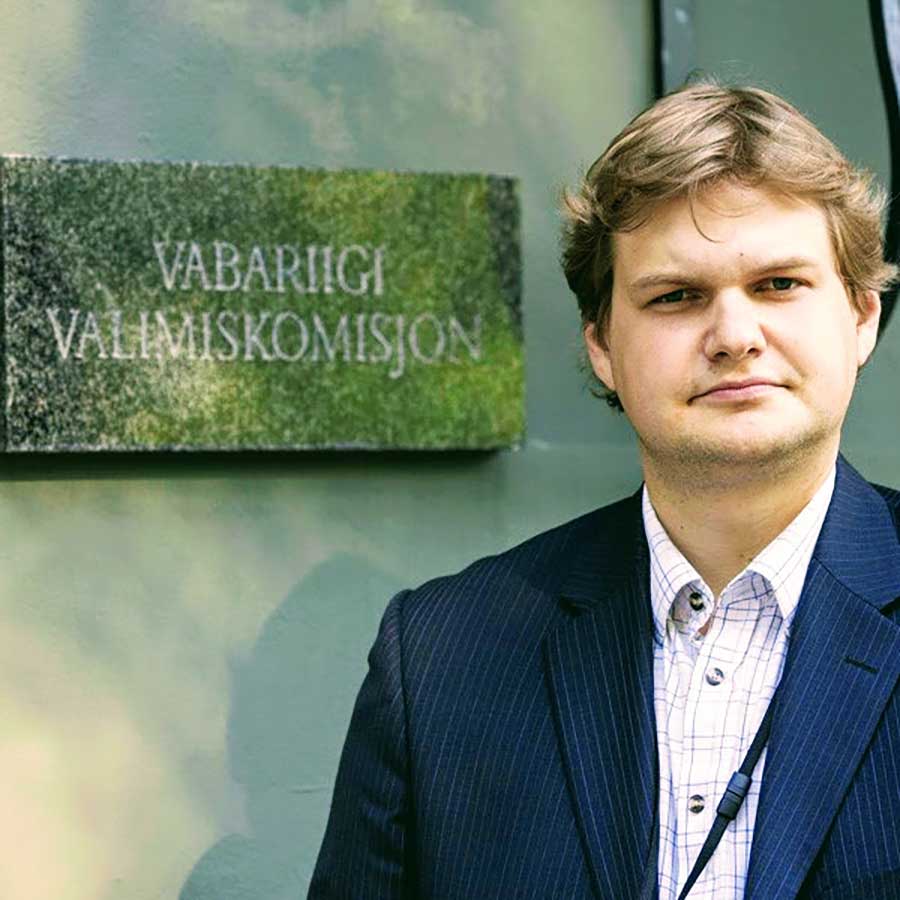 If you have lingering doubts about the integrity of the recent US presidential election, Priit Vinkel can reassure you.

Vinkel, who considers himself first and foremost a political scientist, joined the Estonian government’s election division in 2005. In that year the Baltic country allowed online voting for the first time. He remained with the division until 2019, by which time he had become the Head of the State Electoral Office and online voting in Estonia had evolved from a novelty to the way in which almost half the country cast their ballots. In November, he was sent to America to assess whether its election processes were up to scratch, which he concluded they were.

Estonia is currently the only country in the world to offer widespread online voting. It had unique traits which allowed it to do so, including an aggressive pro-digital government agenda two decades ago, an almost entirely digital state bureaucracy and universal digital identification of citizens. The lack of these characteristics elsewhere makes it unlikely that its voting system can be copied in other countries any time soon. Even so, the transformation offers some clues as to how positive electoral change is achieved. Vinkel points out that any voting procedure needs both general trust in government and effective communication between government and citizens to be successful. Beyond that, he says, “it just takes time – like every other solution, it just takes time for people to use it, trust it, and accept it.”

Watching the adoption of online voting in Estonia has brought Vinkel other insights too, that may resonate with Americans. Surveys show that a committed, albeit small, section of the electorate refuse to vote online. They are most likely motivated, Vinkel says, by the message that online voting is unsafe, which has been pushed by EKRE, the far-right populist party that forms part of Estonia’s governing coalition. (Earlier this year, EKRE formed a working group to make “e-voting transparent”, declaring that “laws must be harmonised with the process of voting on paper”. The group is yet to achieve anything.) This sentiment, Vinkel thinks, has little to do with actual concerns about security. Instead, it is part of the populist playbook, which drums up support by exaggerating divisions between groups. The idea that online voting is bad “is easy for a voter to understand,” Vinkel says. “It’s black and it’s white. It’s a way of simplifying things…as with populism everywhere, you oversimplify things until you have two factions.”

This phenomenon is certainly not limited to Estonia. “In many countries elections—the organisational methods and specifics of an election – are used as political tools,” Vinkel explains. The most outsized recent example of this is, of course, America’s presidential election, held at the beginning of November. Before and after the vote, President Donald Trump repeatedly claimed that voting measures deemed to be safer in a pandemic – such as early voting and voting by mail – were used  to allow President-elect Joe Biden to “steal” the election.

Despite this claim being nonsense – Trump’s campaign filed a series of lawsuits claiming electoral fraud, all of which were baseless – they generated a lot of noise, dominating headlines for weeks after the election. This has little relationship to the actual reality of the election, Vinkel says: “All in all, I think, compared to lots of previous elections, these elections in the US were one of the most secure. They were clearly well prepared.” Vinkel is well placed to make this claim, having traveled to the US to act as an official election observer, a role he has undertaken in various countries since leaving the Estonian State Electoral Office in 2019.

Vinkel observed America’s election as part of The Organisation for Security and Co-operation in Europe (OSCE), which deploys missions to monitor elections in its 58 member states, including countries in North America, Europe and Asia. Observers, most of whom have expertise in specific areas such as cybersecurity or electoral law, visit polling places to check for problems such as fraud, voter suppression, and intimidation. They then report on their findings and generate recommendations, which the country being observed is encouraged but not obligated to implement.

This year’s US presidential election was a remarkable one, quite apart from President Trump’s accusations. OSCE had originally intended to send 500 observers, in response to their prediction that this election would be “the most challenging in recent decades”. Because of Covid-19, however, they ended up sending just 30, Vinkel among them. Plus, Vinkel points out, America is a difficult country to observe elections in at the best of times. “No one knows exactly, but there are approximately 10,000 different jurisdictions organising themselves. There’s no one election organisation,” Vinkel explains. Instead, “it’s really a patchwork” from states down to individual villages.

Despite all the confusion, Vinkel says that, from what he saw of them, America’s elections were carried out entirely correctly. This was echoed in OSCE’s first report, which deemed the vote “competitive and well managed.” The main problem, they determined, was not voting behaviour but the “baseless allegations of systematic deficiencies, notably by the incumbent president, including on election night, [which] harm public trust in democratic institutions.”