In the eighteenth century, government was transformed forever as professional bureaucracies emerged to run newly formed, centralized European nation states. Today governments are grappling with an equally seismic change, as digital technology penetrates every aspect of citizens’ lives and public services must respond. 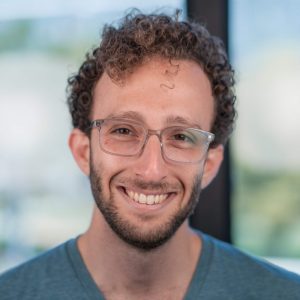 For Mark Lerner, who works in the federal technology program at the Partnership for Public Service in Washington D.C., we have much to learn from a key response to that previous period of rapid change: the foundation of training schools in the eighteenth century that supplied skilled workers for public service positions.

“In government we already have a model of military academies,” Lerner says. “With technology we face a similar problem of needing to fill big talent gaps in government, so the idea is why not go ahead and build our own academic institutions to do so.”

Technology is now central to public service delivery, meaning engineers are in high demand in government. Yet from coding bootcamps to university degrees in computer science, the courses that train technologists are geared toward Silicon Valley values and private sector companies. This creates a dilemma for governments, as the engineers it recruits are often not equipped with the specific skills needed in government.

“The mantra in Silicon Valley has been to move fast and break things,” says Lerner, a Californian who wrote code for Cisco and Google before moving into public service. “But governments cannot afford to break things because we’re affecting real life.”

After four years working at the United States Digital Service, a technology unit housed within the U.S. President’s Executive Office that consults with federal agencies on information technology, and a stint as a fellow at the Harvard Kennedy School, Lerner has moved into the world of think tanks, where he can think strategically about how the U.S. government can best meet its technology needs.

The digital academy idea has emerged in conversations with government officials, including at the Government Accountability Office (GAO), about what makes a good technologist. Discussions focused on the need to prioritize fairness and accessibility in the public sector, over speed of deployment.

With technology we face a problem of needing to fill big talent gaps in government, so the idea is why not go ahead and build our own academic institutions to do so.

“One of the things that the government does really well that other institutions tend to not do as well, is focusing on diversity and removing bias. It would be really interesting to see what the education system for software engineers would look like if we began to include that,” Lerner says.

The military academy parallel has its limits. It is unlikely that the state could ever train all the engineers it needs as it does its military officers. But Lerner suggests the impact of even a vanguard of government trained technologists steeped in ethics and data protection, would have far reaching consequences.

“By having one place where the government says this is what we want from our graduates, I can basically go to every university across the country and say ‘Look, these are skills we need to be teaching as well.’”

Graduates from a government digital academy would not spend their entire careers in public service and so a fairness-driven mode of thinking would also seep into the private sector too. Most importantly, a high-profile training institution would signal to those considering careers in technology, or already working in the industry, that public service is a real option.

Lerner himself is a perfect case study in why such a form of marketing of public sector roles is needed.

“I decided to study software in order to help people,” he says. “But when I was going to school, I had no idea that government was an option.”

After graduating from the California Polytechnic State University in San Luis Obispo with a degree in software engineering, Lerner instead joined Google’s social impact group and worked on the company’s applications for nonprofits.

The mantra in Silicon Valley has been to move fast and break things, but governments cannot afford to break things because we’re affecting real life.

Only when he began volunteering at the San Francisco Mayor’s office as part of a Google partnership, did he realize technology roles existed within government. Less than a year later he had left Google and moved to DC to join the U.S. Digital Service.

Like the Government Digital Service in the UK, the U.S. Digital Service was set up to provide leadership on technology across the federal government, and to create communities of public sector tech workers. Other schemes, including Code for America, which encourages technologists to create open-source projects for state, local, and federal governments, also aim to raise the profile of government within the tech sector.

Yet despite his desire to do social good, Lerner remained unaware of these opportunities and, he suggests, there are many engineers currently working in the private sector in a similar position. Talking of former colleagues and friends, he says:

“They are disillusioned, by and large, with how things are going in the tech sector. They’re saying I don’t really want to work on these types of problems anymore, I want to work on something more impactful, but they can’t see themselves in government.”

One reason that antipathy to government roles persists is that the state cannot pay engineers as much as Google or Facebook. Another is that the government cannot match the prestige that the tech sector offers its knowledge workers.

One of the things that the government does really well that other institutions tend to not do as well, is focusing on diversity and removing bias.

“If you go to a Silicon Valley company, engineers are the top dogs, right? They’re the focal point, but that isn’t the case in government,” Lerner says.

But he also points to a host of other issues that hinder recruitment into government technology jobs, which the state can control. Government technology jobs are not well advertised. They often have different job titles from those in the private sector making them still harder to find. Recruitment processes for government jobs are completely different to those in the public sector.

“The organizational structures are not set up in any way that is recognizable to anyone outside of government,” Lerner says.

An academy would not solve all of these problems, but it would be a prominent example to technologists of the potential to make a social contribution. That might allow governments to capitalize on a cultural moment of skepticism towards big tech and harness the idealism of an emerging generation of Gen Z workers.

My Journey to a Public Sector Job