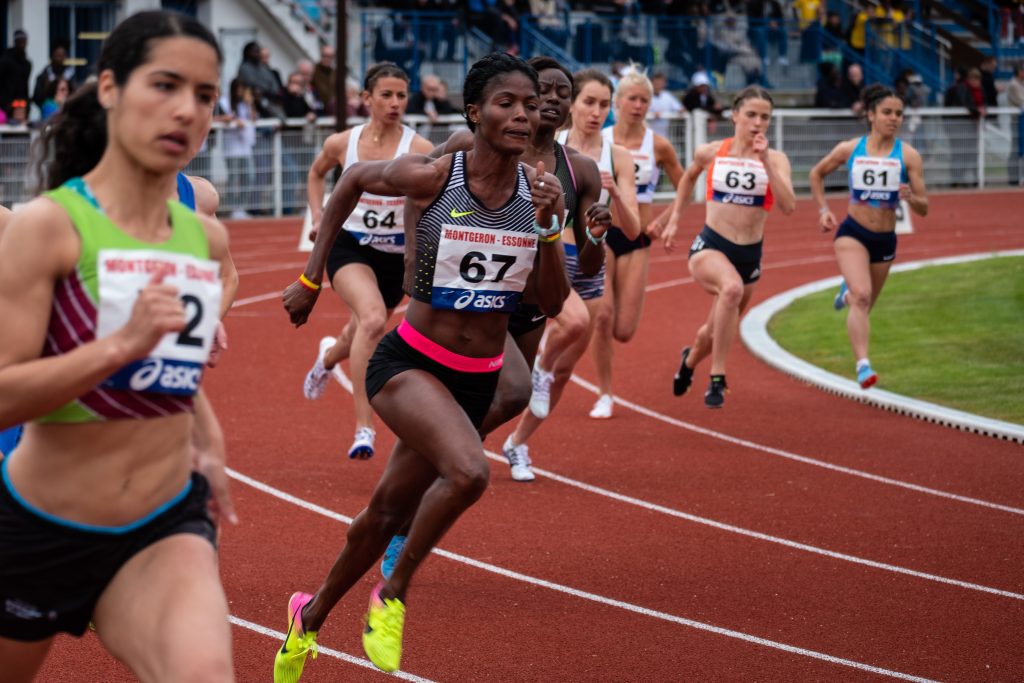 In the first week of the Tokyo Olympics, the focus on gender inequality and athletes’ well-being took center stage. Enter Mara Gubuan, founder of the Equality League, who was convening the most experienced human rights professionals and policy experts in case they needed to act on behalf of any Olympic athletes.

She launched her organization three years ago, realizing the need for a protective ecosystem for athlete’s rights, with a specific emphasis on women, to reform the abusive cultures and policies in sports. She believes that currently many “fail to recognize athletes as humans first, and not automatons programmed to perform unimpeded by nerves, feeling, and trauma.”

In fact, watching the struggles of American gymnast Simone Biles in Tokyo, Gubuan recalled how reading the court statements by Biles’ fellow gymnasts about former USA Gymnastics physician, Larry Nassar, prompted her early advocacy efforts in 2018. It also led to her organization to successfully advocate for the passage of the 2020 Empowering Olympians, Paralympians and Amateur Athletes Act, which is designed to protect athletes from abuse. This Act gives Congress the power to rewrite governance rules and dissolve the U.S. Olympic and Paralympics Board of Directors and each individual sport’s governing body, such as USA gymnastics. 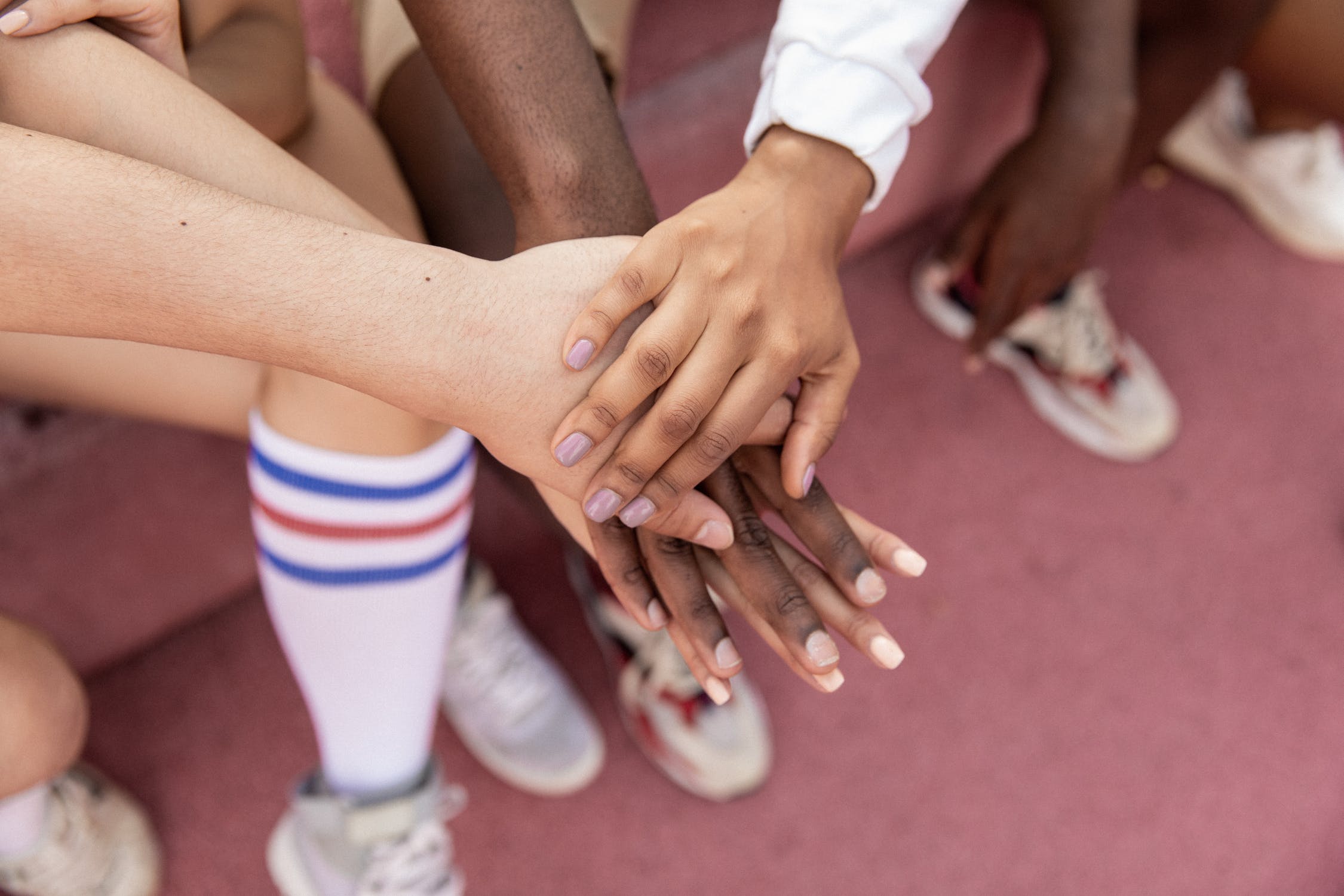 Gubuan was also closely following the Tokyo Olympic Games when the deaf and blind Paralympian Becca Meyer was denied a personal care assistant. She was armed to challenge the discriminatory actions against Meyer, but unfortunately Meyer had already opted out of the Paralympics before the “sports for rights” experts could help. “In order to be an effective human rights’ advocate you have to work hard and fast, centering the athlete(s) subject to discrimination,” she says.

At these Olympic games, Gubuan joined forces with an international, ad hoc group of human rights attorneys to closely monitor the International Olympic Committee’s (IOC) Rule 50. This rule restricts an athlete’s right to protest, on the grounds that the Games must remain free of any demonstrations or political, religious, and racial propaganda. “Athletes rights are human rights in Tokyo and everywhere else, and the IOC is denying access to the fundamental right to free speech with this rule. My partners and I are keeping a close eye on how athletes’ actions are interpreted and sanctioned,” said Gubuan.

“One aspect I love most about my job, is the ability to synthesize and strategize about how relevant organizations can join forces to accelerate positive outcomes and durable change. I’m not a policy expert but I’m expert at convening the right people and organizations to join forces. With partners and coalitions, our organization has proven repeatedly that this is a winning formula.”

The Tokyo Olympic Games provided yet another opportunity to collaborate as Gubuan and others focused on protective actions for athletes in Japan. Partnering with the Human Rights Watch, the Equality League participated in the launch of the #AthletesAgainstAbuse campaign, calling for a safe sports center in Japan that will live on long after the Olympics are over. Such a center would enable athletes to report abuses that would then be followed with an investigation. “This was evident in the recent report of a German judo coach slapping a female Olympian which went viral and in the recent report from the Human Rights Watch that exposed the deaths of children at the hands of their judo instructors” Mara said.

Female college athletes are a critical part of the Olympic pipeline, so Equality League is advocating to stop discriminatory practices that can be used against U.S. women athletes. Through their Title IX 50 By 50 campaign with Champion Women, they are hoping to close the gender gaps in college sports by engaging students in each of the 50 states to take legal action against their school to enforce Title IX before the law’s 50th anniversary on June 23, 2022.

While Title IX is nearly half a century old, there remain significant gaps between male and female college athletes. The numbers are astounding: a difference of nearly $1 billion in scholarships, $160 million in recruitment, and 200,000 team and player opportunities, not to mention the disparities in benefits and treatment. While nine states are implementing impactful changes, there is a way to go.

“Colleges and universities are nurturing grounds for elite athletes. If we don’t stop the intentional sex discrimination in schools, girls will never realize their full athletic potential and its attendant benefits. There’s a clear and present danger that we’ll see fewer American women atop the Olympic podiums in the future.”

Gubuan didn’t begin her career focusing on human rights. As a daughter of a surgeon and an anesthesiologist, she was encouraged to take on a more practical career as accountant, which they thought would provide her with a stable future. “I was uninspired with my work as a tax accountant, and my passion for writing led to a position assisting the founder of the Human Rights Watch with his memoir. I didn’t finish the memoir, but the opportunity exposed me to women’s rights and the restrictions on women across the globe. I recognized sports as a vehicle to improve those rights,” she says.

Of course, she is quick to admit that launching a non-profit has its challenges. “It is difficult carrying out the work without a full-time staff, but it forced me to learn many unexpected skills. My past accounting experience also helps me to protect the bottom line. It’s quite a leap from tax accountant to human rights activist, but I would encourage anyone to explore creative opportunities to apply their skills for maximum impact.”

Gubuan remains focused on protecting athlete’s rights and advocating for female athletes worldwide. In Mara’s words, “sport is a great unifier and an enabler to a healthy and fulfilling life. Everyone deserves that.”