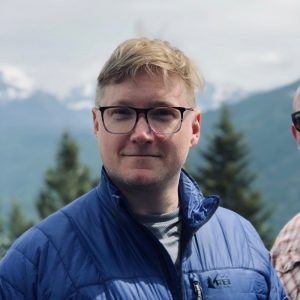 The United States Department of Energy is gearing up to use its power and funding to fuel a just energy transition that supports working-class communities. To do so, it is looking to hire 1,000 more people “who look like America,” said Chief of Staff Christopher Davis.

These federal workers will join the Clean Energy Corps, which the department announced on January 13, 2022, to advance an ambitious slate of projects designed to cut back climate change. The new hires will implement programs funded by $62 billion from the bipartisan Infrastructure Investment and Jobs Act.

“We want people from every pocket of America and every community,” said Secretary Jennifer Granholm in her recruitment video for the corps. “We want people who are passionate, who are driven, who are ready to work hard on the mission of a lifetime.” 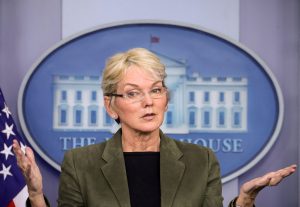 “There has never been a more important time to be in public service,” Davis said. The demand that the United States transition to renewable energy is growing due to climate change and global conflict. The current war in Ukraine is putting additional pressure on national energy systems and raising fuel expenses. “There’s no challenge that has ever been steeper. The urgency has never been greater.”“The Clean Energy Corps is going to research, develop, and deploy

clean-energy technologies that help us meet the decarbonized-economy-by-2050 goals. The president is committed to a carbon-free power sector by 2035,” Davis said.

After taking a top-down approach that was less inclusive, the department has retooled its approach to incorporate community collaboration and staff diversity. This has resulted in an emphasis on social justice that was not present a few years ago. 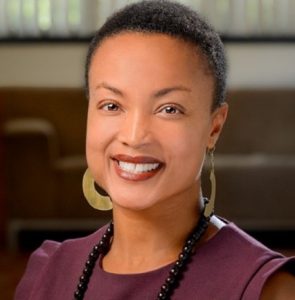 The Biden administration hired Professor Shalanda Baker as secretarial adviser on equity and deputy director for energy justice to ensure its programs take diversity into account. She is making sure the department is not just engaging communities but also changing the mechanism by which it makes awards, Davis said.

“We can be advancing our clean-technology and equity goals at the same time,” Davis said. “The president made the commitment in the Justice40 Initiative that 40% of the benefits of the investments made to combat climate change would go to the communities that face the burdens of energy.”

The department has a long way to go to align its funding and performance with its equity goals. Only 6% of its investments target energy justice, according to a Bloomberg Law article about the department’s Energy Justice Dashboard. Traditionally, the federal government has funded energy projects that were “shovel-ready” rather than ones that local communities supported as “shovel-right.” The government-contracting process has also previously excluded women and minorities.

The dashboard facilitates transparency and accountability into the government’s efforts to achieve equity. The federal government’s FAQ said it updates it after each accounting period closes.

“A government can’t just drop clean energy in without working with the community that’s there,” Davis said. “Coal has left communities where there is mining and where there are coal plants stranded. The secretary’s working on place-based transitions. Nothing is cookie-cutter. Equity is baked into the very heart of our decision-making process.”

We want people from every pocket of America and every community. We want people who are passionate, who are driven, who are ready to work hard on the mission of a lifetime.

A wide variety of potential employees may find these positions are a match for them. The DOE statement said hiring managers are looking for people with engineering, management, legal, policy, technology, cybersecurity, HR, safety, administrative, grants, science, legislative, and/or financial experience at all levels.

“We need folks [who] know how to work with communities and work with private industry, engineers and financial professionals, and folks to bring this stuff together at the government,” Davis said. “It really can be people coming from all types of private industry – or academia, even. We’re looking for engineers, folks [who] have experience in finance and project management, or people who have worked for traditional energy companies and are looking to transition their skill sets to clean energy.”

“We’ll need everyone from entry-level – right out of school – to senior managers. We want to make sure we’re using all the diversity, skills, and experience of all of America,” Davis said.

We need folks [who] know how to work with communities and work with private industry, engineers and financial professionals, and folks to bring this stuff together at the government.

The new jobs will mainly be at the department’s Washington, D.C. headquarters, Davis said. A congressional letter said that an earlier announcement claimed they would be nationwide.

The diverse range of technical projects in this budget include:

“Sometimes when there are new technologies that are going to be groundbreaking, it takes a lot of capital and experience to do them. They haven’t been proven before,” Davis said.

“Demonstration projects are a great example of why Congress looks to the DOE. What the federal government does is partner with the private sector to help derisk these projects. We might be looking at a hydrogen hub for generating, transmitting, and storing clean hydrogen. This has never been tried before on a large scale.”

How Gen Z in Government are Shaping Action on Net Zero