Keeping the Faith While Job Hunting in the Public Sector 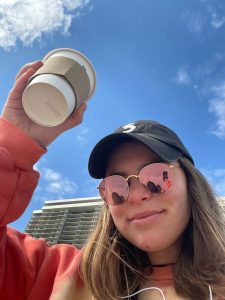 “I appreciate you taking the time to apply and interview with us, unfortunately we went with a different candidate that had more relevant experience.”

I have received this email or a version of it almost weekly since I started my job search. My main issue with this email is that most of the time I am applying to entry-level jobs that say they are looking for 0-1 years of experience. As always, I write back that I respect this decision and then I ask if they are hiring in other departments. Usually, I do not get anything back but the ones that do return my email or phone call have opened some interesting doors.

The most frustrating part of applying to jobs in the public sector is how competitive it is. It is great to see that so many people are flooding to jobs that make an impact, but I cannot sit idle and be content with simple rejections. Since my last article, I started a part-time job and love it but I am still looking for full-time work so I can pursue my goal of a career in the public sector.

As the emails piled up, my biggest issue was tying my worth to either rejections or interviews. This was not the best idea, but in today’s world of social media I feel as if we are constantly taught to compare ourselves to each other. Every time I went on LinkedIn, I would see former high school, undergraduate, or graduate classmates getting seemingly “dream jobs.” I grew even more frustrated.

As the emails piled up, my biggest issue was tying my worth to either rejections or interviews. This was not the best idea.

It got so bad that I took a two-week break from applying or networking because I was becoming increasingly short and not selling my skills to the best of my abilities. By the way, I would highly recommend this because applying for jobs in the public sector is more time consuming than applying to private sector. Organizations have more red tape from background checks, drug tests, and reference interviews.

So, now what? That’s the question I asked myself after interviewing for four jobs that I really wanted and thought I would be good at, only to get brutally rejected from in varying ways. 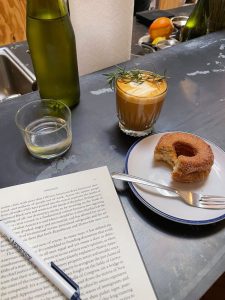 First, I took a break. I picked up some books that I had been meaning to read and started doing more things for myself instead of trying to find a job 24/7. A book I really enjoyed and highly recommend to anyone searching for work in the public sector is A Promised Land by Barack Obama. I even highlighted parts of it that excited me or reignited my desire to work in the public sector. Unplugging and recharging helped a great deal.

Second, I moved my body every day. I do not mean working out vigorously but moving my body in some way really helped reset my mind.

Third, I talked about my struggles of finding a job. I talked to friends, mentors, my parents, and others, including anyone who simply asked the question, “how is the job hunt going?” I was honest with them. Honesty led to some new connections who opened more doors. People are willing to help if you are throwing everything at the wall and hoping something sticks.

The craziest part of that interview is that I got rejected from that agency six months ago. However, because I emailed the person… after I got rejected they kept me in mind for future openings.

Recently, I interviewed with a well-known federal agency. I felt energized and that I put my best foot forward. I am excited to see what happens, either good or bad. The craziest part of that interview is that I got rejected from that agency six months ago. However, because I emailed the person I interviewed with and said thank you, as well as emailed them after I got rejected, they kept me in mind for future openings. The simplest things seem to have the biggest impact. Crazy how that happens right? Six months ago, I was frustrated about getting rejected from that job, but I still did my due diligence to continue the relationship and here I am waiting to hear about the interview and if there is a job offer coming my way.

Keep the faith new graduates! It will work out I promise. I know how preachy that sounds but there are great organizations or agencies that are looking for “young, scrappy, and hungry” (S/O Lin Manuel Miranda) people who are ready to work. It will come, that work you are putting in now will make for new connections or different doors opening that you thought were closed. I am here as a resource and a guide as we all go on this journey to jump into the public sector.

Danielle Kaufman recently received her M.A. from Auburn University in Public Administration. She is passionate about public service and wrote her thesis on Election Reform in the United States. She is also a graduate of Bucknell University in Political Science and Philosophy, where she wrote for The Bucknellian. She was also a Division 1 soccer player, at both Auburn University and Bucknell University, which was a two-time Patriot League Champion while she was a member of the team. She is hoping to spend her career working to transform education programs.