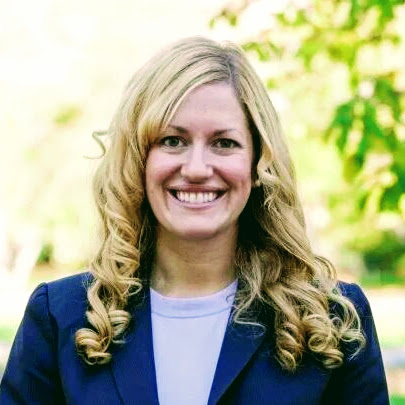 Google, the first company to be carbon-neutral throughout its entire operating history, now wants to go a stage further, committing to becoming totally carbon-free in all its operations by 2030 and acting as a beacon for other companies to follow.

That’s the message the group’s chief sustainability officer Kate Brandt issued at the United Nations’ High-Level Dialogue on Energy. Speaking in a “fireside chat” with Matthew Bishop, Driving Change’s consulting editor, Brandt stressed that Google’s current priority is moving from emitting carbon and compensating for it through carbon credits to totally decarbonizing its carbon footprint.

“We want to run entirely carbon-free energy everywhere that we operate by 2030,” she said. “We call this goal 24/7 Carbon-Free Energy and to get there, we’re going to need innovation across a number of dimensions.”

Google intends to innovate in the way it purchases and consumes electricity, as well as in using new types of carbon-free energy technologies and spearheading policy initiatives.

“Policy innovation is going to be really critical,” said Brandt. “We want to help drive the move to an electricity system that runs on entirely carbon-free energy. That’s our vision for the future.

We’re driving policy change to bring the grid to zero. It’s a huge moonshot for us: on the same scale as moonshot goals set for quantum computing and self-driving cars but we believe it’s achievable.

“On purchasing, we’ve procured wind and solar power through power purchase agreements but we’re now looking beyond wind and solar at areas like advanced geothermal, where we’re going to have base-load carbon-free power available to us. It’s really critical for companies to come together to drive these policy outcomes”.

Sustainability is one of the core values of Google, which became the first major company to become carbon neutral in 2007 and ten years later achieved another first, matching 100% of its annual electricity use with renewable energy, making it the world’s largest annual corporate purchaser of renewable energy.

Last year, Google neutralized its legacy carbon footprint, making it the first company to be carbon-neutral for its entire operating history. It has also issued $5.75bn of sustainability bonds, the largest such corporate issuance.

“On an annual basis, we’re procuring as much renewable energy as we’re consuming over the course of a year,” she said. “But we don’t think this is sufficient to drive towards the decarbonization we need to see on the grid.

“We’re adding wind and solar in some places, but we know that the wind doesn’t always blow and the sun doesn’t always shine, so we need to go deeper. That’s what 24/7 is all about. It’s about not having an ‘emit and compensate’ model but actually emitting absolute zero carbon.

“Through purchasing agreements and utilizing other sources beyond wind and solar, we’re driving policy change to bring the grid to zero. We see this as critical. It’s a huge moonshot for us: on the same scale as moonshot goals set for quantum computing and self-driving cars but we believe it’s achievable. We’re already 61% of the way there and five of our sites have got to 90% carbon-free energy.”

Google first disclosed its carbon footprint a decade ago, revealing a figure on a par with the United Nations and slightly higher than the nation of Laos.

Brandt graduated in international relations from Brown University, Rhode Island, and then studied for a Masters degree in the subject at Cambridge University, before working on Women for Obama’s Florida Campaign for Change. After the 2008 presidential election, she was part of the National Security Agency Review Team on the Obama-Biden transition team.

Rewarded with a job as policy analyst in the U.S. Office of Energy and Climate Change, she moved rapidly up the ranks, becoming special advisor for energy to the Secretary of the Navy and then director for energy and environment in the White House.

She is a recipient of the Distinguished Public Service Award, the highest award the U.S. Navy can give to a civilian, for her work helping the navy go green. Outside Magazine has named her as one of 40 women making the biggest impact on our world, while Forbes listed her among the top 46 sustainability leaders in 2018.

“The energy sector accounts for about three-quarters of global emissions,” she said. “So, we really can’t address the climate emergency without addressing energy.”

She said Google is scaling up purchasing of clean energy to match its hourly electricity consumption in every area of its operation. It also intends to catalyze the commercialization and development of new technologies, possibly in hydrogen, long-duration energy storage or advanced geothermal technology.

“We need all these technologies to fully decarbonize the grid,” added Brandt. “This is not just about Google. This is truly about everyone.”

Humanizing Cities: All I Needed to Know About Jobs I learned in Kigali