Jared Walker on the Hidden Solution to Healthcare Bills 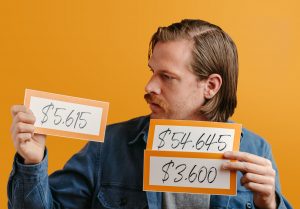 It was a major plank of President Obama’s signature legislative achievement, but it took a TikTok video by an activist from Portland a decade later to bring it to public attention. Welcome to one of the strangest tales in public policy, which demonstrates how far-reaching changes can fail if the public is not informed of them, and the role civil society can play in addressing the translation gap.

The policy in question, buried among the 906 pages of the 2010 Affordable Care Act (ACA), is called “charity care”. It requires U.S. hospitals to waive or substantially reduce bills for patients with low incomes in order to maintain their non-profit status. Yet with no requirement to publicize the policy, most hospitals did not, and as a result many Americans have paid huge healthcare bills that they could have avoided.

“Something like 7 million people have declared bankruptcy because of medical bills since the Affordable Care Act was passed and the heartbreaking thing is that most of them didn’t have to,” says Jared Walker, founder of Dollar For, and maker of the TikTok video about charity care that went viral early last year.

The American healthcare system is famously opaque, financialized, and inefficient. The country spends almost one fifth of its GDP on healthcare, yet has notably worse outcomes than other rich world peers.

With the exceptions of Medicaid and Medicare, the country’s public insurance systems for the low income and elderly, most individuals in the U.S. purchase their own health insurance. The trouble is most insurance schemes come with significant deductibles, an amount the policyholder must pay before insurance coverage kicks in, as well as exclusions for certain types of care.

Nobody talked about charity care [when the ACA passed], and there’s basically still nobody talking about it now. It’s been the best kept secret of the whole act.

The result, according to one study, is that two thirds of American bankruptcies can be traced to healthcare costs. A depressingly regular occurrence in American households is a discussion about whether to visit a doctor, buy medication, or exactly how to pay a bill after an emergency hospital procedure.

Walker founded Dollar for Portland in 2015 after one of those discussions. His cousin had gone into premature labor, revealing to Walker, for the first time, the extent to which medical emergencies can become financial crises for people without adequate insurance.

Spurred to act, he started to crowdfund money to help people in even tougher situations pay their medical bills. Dollar For encouraged residents in the Pacific Northwest to donate a dollar a month – the origin of the name – and when enough money was collected, it would pay off a lucky person’s medical debt. Similar organizations exist across the U.S., most notably RIP Medical Debt, which has retired more than $5bn in medical debt. Retiring debt, it seemed, was all that Walker could do within the U.S. system.

Then Dollar For’s strategy changed drastically when an attorney joined them and made Walker aware of the charity care provisions of the ACA, which could be used to make hospitals waive the bills of the families the organization was supporting. The majority of U.S. hospitals have non-profit status, which comes with tax benefits. To maintain this status, the ACA requires these hospitals to provide support to their local communities by waiving or reducing bills for low-income households. The problem was this was barely publicized at the time the law passed.

“When the Affordable Care Act came into force, the conversation was all around the fact that you can’t be denied insurance because of a pre-existing condition,” Walker recalls. “Nobody talked about charity care then, and there’s basically still nobody talking about it now. It’s been the best kept secret of the whole act.”

As he began to pursue charity care refunds for bills, Walker encountered obstacle after obstacle – “You had to fax documents, fill in complex paperwork, and the qualification rules were never clear,” – which made it clear hospitals had little interest in publicizing their legal obligations, or making them easy to access.

That’s when the Tik Tok video, which has been viewed millions of times, came about. Frustrated by how few people knew about charity care, Walker took to social media hoping to reach, “young people who are thinking about healthcare costs or insurance for the first time.”

Since the TikTok video was released, donations have poured in, including those from the LinkedIn founder Reed Hoffman, allowing Dollar For to expand its activities. It now has a website where individuals enter their address and household income to see what their bills at local hospitals would be after charity care discounts. Dollar For can then help the individual claim those discounts, even if the medical care has already been provided, and the hospital bill issued.

The organization has around 200 volunteers who parse hospital websites to understand their specific charity care policies. These are then entered into a database of hospitals which can be searched against. The TikTok video has led to a surge of traffic to Dollar For’s website and many more applications for discounts and refunds. It took seven years for Walker’s organization to eliminate its first $15m in medical bills, but that could be easily doubled this year. It currently has applications to waive a further $13.5m of bills pending with hospitals.

Something like 7 million people have declared bankruptcy because of medical bills since the Affordable Care Act was passed and the heartbreaking thing is that most of them didn’t have to.

It turns out that many households that do not think they are eligible for charity care help, actually are. Many hospitals offer substantial relief to households earning up to three times the income needed to stay above the poverty line. Medicare, by contrast, has much stricter conditions meaning there is a large swathe of the population that is not eligible for Medicare but who can access charity care.

This leads to an ironic situation. Many of the individuals Dollar For helps have existing, paid-for insurance policies, but have still been saddled with huge bills because they are underinsured for the services they need, either due to high insurance deductibles or the need to use medical providers not covered by their insurance. The average medical bill that Dollar For helps to pay is $20,000, leading Walker to question the value of some health insurance schemes.

Another irony is the people involved in driving Dollar For and other medical debt relief organizations are often former healthcare workers. RIP Medical Debt, for example, was founded by two former debt collection executives who had seen the negative social impact of medical debt collection. The situation is similar at Dollar For.

“You know, it’s funny,” Walker says. “A lot of the volunteers are people who used to be in hospital admissions or have worked for insurance companies. They are people who feel like, ‘Hey, I know the dirty side of this and I’d like to be a part of the solution.’”