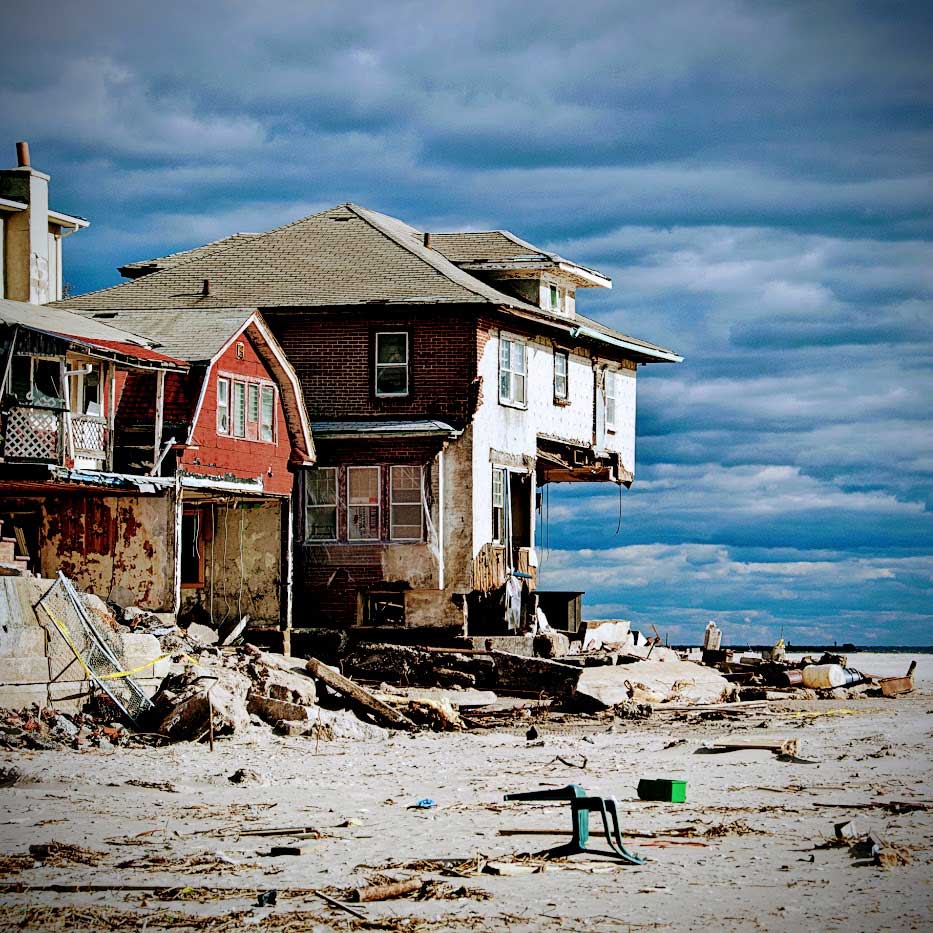 Thanks to their inherent social distance and easier border control, island nations have tended to do a better job in managing the threat of COVID-19. Witness New Zealand, which declared victory just weeks into the pandemic’s high-speed rout across the world. At that point this nation of 4.8m people had suffered just 22 fatalities (today just 25). Or Antigua and Barbados in the Caribbean – with just 3 and 7 casualties, respectively as of mid-July (those numbers haven’t budged)

Climate change brings different challenges to island nations, with its ability to produce swamping waves able to level homes in a nano-second, wash cars out to sea and wipe entire communities off the map. Global warming is bringing on such oceanic surges with far great frequency. And within 30 years, sea levels are forecast to rise by 1.5 feet in 570 coastal cities around the world, including Guangzhou, Dar Es Salaam, Jakarta, Tokyo, Mumbai and Lagos, causing over $1 trillion in damage.

No wonder some enlightened, wealthier smaller island nations and their coastal counterparts in other countries are now exploring actions that until recently would have seemed far too radical. Increasingly, these include “managed retreat,” or moving people away from their homeland in a calibrated, coordinated way, perhaps incentivised by a fee.

This concept gained traction in Louisiana in the wake of Hurricane Katrina in 2005, in New Jersey and New York City in 2012 after Hurricane Sandy, and in some Caribbean nations following Hurricane Maria’s lethal charge through the region in 2017. Some communities repeatedly pummeled by wind and rain,  wearied by the endless leveling-mop up-rebuilding cycle, with its heavy emotional and financial toll, opted to throw in the towel. Louisiana, for its part, is worn down after six devastating hurricanes this year.

Since then, new private-public initiatives, funds, and partnerships to lift and move entire communities inland have taken root; experts involved in these so-called ‘strategic relocation’ and ‘transformational redevelopment’ initiatives did the math, and net-net, like the communities moving on that they served, saw more stability and longevity in the large-scale shifting of infrastructure and lives.  So went Harris County, Texas and Minot, North Dakota – two towns which have completed buyouts for people they wanted to move elsewhere. These were among 17 towns to explore or implement relocations profiled in a recent series of case studies published by the Georgetown Climate Center, a Washington, DC-based think tank. The interest is global: its online Toolkit launch on July 15th drew interest from Spain, Chile, Italy, New Zealand, and Canada.

“Plan now or be caught in a desperate situation later,” cautions Katie Spidalieri, lead author of the toolkit at GCC, during an interview with Driving Change. “That’s the COVID connection.” One example are plans by the State of Louisiana and the Native American Biloxi-Chitimacha-Choctaw Tribe to move to higher ground based with help from a federal disaster recovery grant.

Certainly, such buyouts are disruptive and require massive joint efforts to plan for housing, health, education, and water and sanitation infrastructure while at the same time addressing social-equity concerns  and safeguarding a community’s social and cultural fabric. To date they have been rare. But as the climate continues to heat up, and the threat to coastal areas grows, such initiatives are increasing in scope and scale.

Even large cities are thinking the unthinkable. Witness Indonesia’s April 2019 announcement that it will move its capital from sinking Jakarta to higher ground in Borneo.  Or the nation of Kiribati in the South Pacific, which bought an island from Fiji in 2014 for a backup homeland, should its existing home go under water. The same goes for the Maldives, in the Indian Ocean, which has shipped in Bangladeshi sand to build up the island nation’s base.

Other flood prone and coastal areas and islands that are pondering a managed retreat are in and around Panama, Vanuatu, Fiji, the Solomon Islands and Papua New Guinea. Meanwhile, local communities in roughly one-third of US states, including Alaska, Texas, and New Hampshire, are exploring similar initiatives – though “fewer states are probably considering managed retreat as a potential climate adaptation strategy than should be, given forecasted climate impacts,” notes Spidalieri, singling out Louisiana and California as states that are “publicly and actively having these conversations.” (More elevated cities, such as Cincinnati, Ohio, are also exploiting the trend; it has branded itself a ‘climate haven’, welcoming those pulling up stakes on lower ground elsewhere.)

Around 24 households on Isle de Charles, Louisiana are tapping a $48M federal grant for a planned move 40 miles north from a homeland that has all but washed away.  Further afield, the New Zealand government in 2019 committed $5 million to help residents in a Bay of Plenty community move out of harm’s way.

As both an alternative or accompaniment, Klaus Jacob, a research scientist at Columbia University’s Lamont-Doherty Earth Observatory Laboratory, espouses ‘accommodation’:  finding ways to live better with the inconvenience of flooding and surges. Along with managed retreat, he calls accommodation a complementary leg of a three-legged “climate adaptation” stool. The other leg is building a stronger defense, such as levees or sea walls, such as those planned for Boston and Miami.

In the accommodation camp, some unexpected places have long been doing this.  They include the coastal region of the Mekong River Delta in Vietnam, where markets float on boats. Or Nigeria’s stilt house cluster in Makoko, Lagos (not so dissimilar to coastal communities in North Carolina). Other examples include canal-based communities in the Netherlands and the houseboat haven of Sausalito, California – both just outside major cities.

Such nomadic infrastructure, as Jacob calls it, is not for everyone. It is, to some degree, a lifestyle choice. It is rare. And like the idea of, say, moving humankind to outer space to escape the scourge of climate change, the masses may be unlikely (or unable) to follow. But akin to earthquake-proof structures put in buildings after Japan’s Tohoku earthquake of 2011, their fluid, flexible nature may shine a light on what can be possible with some imagination and forethought.

Meanwhile cities reclaiming land from wharves and military bases are now thinking twice about big river-and-sea-front developments. New York City’s expansive and growing greenway now forms a ring around Manhattan and its five boroughs; bikers love it to zip around the city, but its paths also serve as flood buffer zones. (Would-be developers are not quite as thrilled.)

Far from being the ‘last-resort’ option many call it, argues Jacob, managed retreat may be the best long-term strategy, allowing communities time, energy and resources to plan.  As with the current pandemic, he warns, failure to plan for the unthinkable will bring far more suffering in the future. COVID-19’s lessons, he says, are a cautionary tale about unnecessary loss.  With regard to climate change it need not be so.