In this month-long climate purgatory between a Climate/UN Week energized by a new ‘code red for humanity’ COP report and COP26 — where the real work must begin — it struck me that women, young people, and mayors are already doing the heavy carbon cutting. They are launching renewable energy ventures, fighting for climate justice, and aggressively reining in emissions. Brava. Never has the world so needed your ingenuity and energy.

Why these groups? Broadly, because they are accustomed to prevailing amid adversity. We women refuse to accept the impossible. For young people, their future is on the line. Mayors have no choice. They are battling a sharp rise in punishing weather. They must shore up their defenses while expanding their economies. And when mayors show how carbon cutting can be done, at scale and against all odds, their neighboring peers may borrow what works and get it done.

Here’s a snapshot of those carrying the world towards a greener 21st century. They hail from every corner of the globe and all walks of life:

In big city circles, Sydney Mayor Clover Moore is known for her progressive politics. But last year, at 74, the teacher-turned-urban activist-turned-five-term mayor won praise for helping the city of Sydney shift ALL of its electricity sources to solar and wind. As a result, the coastal metropolis of 5 million is set to release no emissions by 2035 — 15 years before the European Union’s 2050 net-zero goal.

We need to hold our government accountable for the chaos, for the public dollars we give companies creating this problem.

This, while generating AUD500,000 in savings and a slew of new green jobs that will help a sluggish economy recover from the COVID-19 crisis. “Dynamic local energy markets help us thrive and prosper,” Moore said.

“People can’t [understand] the economic challenges of getting out of harm’s way [with] nothing in your bank account. Labor and wages need to be completely rethought,” Battle said. “We need to hold our government accountable for the chaos, for the public dollars we give companies creating this problem.”

Accra’s Mayor Mohammed Adjei Sowah, a long-time social entrepreneur, has successfully humanized Ghana’s main city. Through tireless work he built out green spaces, and improved both waste collection and sanitation, as well as pedestrian and road safety.  Since then, he’s amped up hydro power, which now accounts for nearly a sixth of Accra’s electricity. Next may be solar for low-income communities. 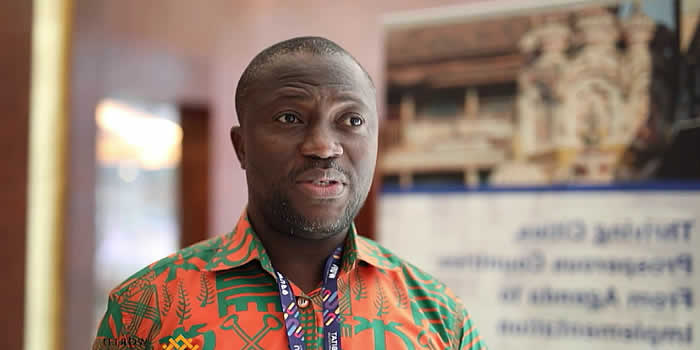 Finally, Inna Braverman, who founded Eco Wave Power at 24 (she’s 35 now), shows what is possible when cities and entrepreneurs forge ties to overcome obstacles. To fast-track the use of wave power in Tel Aviv, city authorities rapidly built a power station in partnership with French utility EDF. “Cities play a big role in setting the framework. Plus they own a lot of the infrastructure to harness breakwater,” Braverman said. “[Working together], government, utilities and new technology developers can make it happen.”

What’s missing from this mosaic? Gen Z, the oldest of whom, at 24, are adults and the youngest of whom will be 38 in 2050. A significant portion of this cohort, larger than that of all prior generations, believes government rather than businesses or individuals should step in to solve problems. They are thus less likely to sit on the sidelines. (Full disclosure, I am a Gen Z parent and can vouch for this.)  Look no further than their heroes: activists Greta Thornburg, Emma González, and David Hogg, who are all 21 or younger.

Governments need Gen Z’s energy, globally – soon — for game-changing climate action. Take the U.S., where the Silent Generation bears the weight of leading — and not always well. Sadly, Boomers and my generation, Gen X, largely bailed. The only obvious exception is U.S. Secretary of Transportation Pete Buttigieg, now 39, who transitioned from McKinsey & Co to a naval officer, to Mayor of South Bend, Indiana. The rest is history. Meanwhile, more millennials land in the private than the public sector (34% vs 24% in 2015) — often as social entrepreneurs like Braverman; perhaps they feel their impact can be greater there. AOC is an outlier.

There is no one path for making change. But to bring carbon cutting projects across the finish line, one might have to blaze converging trails and at one point move to the middle, to government, between stints as an activist and social entrepreneur. As Colombian activist-turned-governor of the Afro-Colombian province of Choco Luis Gilberto Murillo-Urrutia showed, maybe start as an activist and bring your energy inside. Or as fabric circularity entrepreneur Jennifer Schreiber did, start in city government (in her case, New York City’s Sanitation Department) and if the system doesn’t work with your dream, take it on the road along with your insider system connections. Then make it happen elsewhere.

Given the urgent need for decisive climate action now, might it make most sense for older Gen Zs to start in the government trenches? However, to engage, empower and amplify the voice of this cohort within government per the wise words of a former U.S. president about heeding the call for civic duty, maybe we need mandatory public service, a sort of “Corona Corps” such as the one NYU professor Scott Galloway recently proposed so that both awareness and action sweeps across society. If Gen Z does not lead the carbon cutting charge by 2050, then who?

Gen Z and their predecessors who inspired them: Bring it on and bring others on board. We are with and cheering for, you.