Humanizing Cities: Halfway Between Rio and 2050

As I reflect on my time at the watershed Rio Earth Summit — which birthed both citizen influence over UN talks and the famous UNFCCC (United Nations Framework Convention on Climate Change) — and on today’s COP26, three things stand out.

And, thirdly, the missing baton in the climate cutting relay is fast action by the government. Much is happening on the sidelines, from protests to private sector innovation. We need energy in government to fuse these two and to successfully cross the finish line.

What’s the same? Citizen activism, for sure. Plus, Birkenstocks and marijuana wafting everywhere — this time fashionably and almost always legally. At the Global Forum, or at the hippy-filled Flamengo Park outside Earth Summit headquarters in balmy Rio, activists of all stripes gathered, led by Greenpeace. They met, protested, and handed out hemp totes. Key targets are similar too — industry, led by fossil fuel behemoths. The latter subgroup rightly so.

But that is where things change. Today, social entrepreneurs, innovators, and academics are leading the way to eliminate emissions in everything. Innovations within reach are invariably from that trio, in novel products, tools, or processes. They’re concocting alternative fuels, boosting energy efficiency, and designing new materials to reduce methane-emitting waste from, say, plastic or fabric — or to absorb methane or carbon and curtail flooding through ‘sinks’ like mangroves. And increasingly, advances are coming from big companies and investments from financial services firms. Meanwhile, more fund managers back such efforts by selling off shares of big emitters, or by buying stock in those companies aggressively reducing emissions.

The missing baton in the climate cutting relay is fast action by government.

Also dramatically different are weather patterns worldwide — for the worse. This year saw record floods and forest fires. The dire warnings of 1992 are coming true.

Perhaps that’s why the pace of change since the 2015 Paris UNFCCC meeting (remember that?) has also picked up, in global agreement that drastic action is needed now to skirt these calamities, and in the implementation of many of these innovations. Some of this is government-led, in places where politicians have pushed to go green and where they wield real power. Sydney plans to beat its net zero goal by five years. Paris did the unthinkable last year by banning cars on the fashionable Rue du Rivoli.

Some of the change is serendipitous. The pandemic paused activity so visionaries could rapidly implement radical changes. Meanwhile, solar and battery costs are roughly 90% below those of a decade ago, largely because nations such as China, Germany, and Spain subsidized solar technology research and panel rollout and use, which helped build scale. (Wind costs are down about 60% as well).

As a result, it’s easier for industry to raise its carbon cutting ambitions. Roughly one fifth of the Fortune 500 have climate targets. “Peak oil favors energy transitions for politicians and policy makers,” said Henrik Jeppesen of Carbon Tracker. “Country by country, sector by sector. We can go a long way using what we have.”

Which takes me to my third point, the crucial role of government. Activists and industrialists repeatedly whinge about weak government action while rattling off lists of what government must do to meet our 2050 climate cutting goals.

Recently, activists at a Sierra Club event demanded more U.S. funding for renewable and energy efficient technology development. Their global peers want more ambitious and legally binding climate cutting targets, capital for low-income countries to transition from fossil fuels to renewables as they industrialize, and reparations for past climate harm. 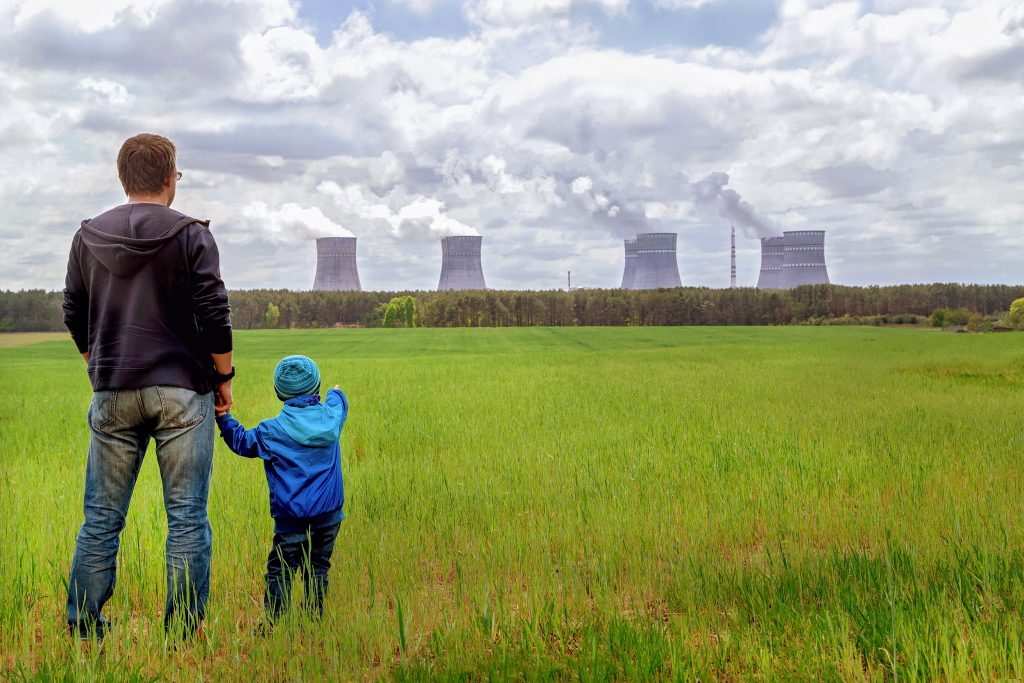 Some U.S. social entrepreneurs would like governments to seed a chip industry in a region in or near the U.S. with abundant water and renewable energy sources, to rapidly ramp up solar panel production, solving both supply chain glitches and joblessness in vulnerable communities. Industry wants governments to listen to experts’ guidance — and to bring that expertise in house.

“Less politics, more engineers,” said José Ignacio Sánchez Galán, CEO of Spain’s Iberdrola, a renewables powerhouse. Margaret Henry, Director of Sustainable Agriculture at PepsiCo recommended reassigning agricultural subsidies. “We can align government incentives so that [crops] grow in a particular way,” she said. “We need to raise the floor while lowering the ceiling.”

Academics believe governments should catalyze green investment. Researchers would also like government agencies across the globe to link emissions tracking systems in aircraft, satellites, and cell towers — like those used by the North American Carbon Program, coordinated with agencies in Mexico and Canada — to similar systems overseas. This will help us follow progress, keep countries accountable, and fix leaks at high methane emitters such as oil and gas facilities and landfills. “We have diverse data sets. We’d like an international agreement or facility for data exchange,” said Arlyn Andrews, who heads up the Carbon Cycle Greenhouse Gases group within the National Oceanic and Atmospheric Administration’s (NOAA) Global Monitoring Laboratory.

Social entrepreneurs, innovators, and academics along with big corporations, investors, and activists have accomplished remarkable things in six short years. Who would have thought Harvard’s endowment fund would divest from fossil fuels? Or that solar would be the cheapest electricity source, EVER? These groups are energized and efficient. Clearly if they could carry out the actions they ask of governments, they would.

Some things only government can do. Negotiate agreements, pass regulations, hammer out new rules, and punish those who play dirty. Work with governments across the globe to harmonize incentives. Dole out public financing to innovators. Just days into COP26, 100 nations including Brazil, the U.S., and Russia agreed to halt deforestation by 2030. Forty countries including Canada and Indonesia pledged to phase out coal-fired power plants. The start of a global carbon trading system is purportedly imminent. These deals are imperfect but as some observers noted, unthinkable at COPs past.

Idealistic, talented newcomers are needed in government, to raise the bar and call out agencies if they renege on commitments.

They are also perhaps less sexy, less profitable, and less immediately gratifying than setting up a blockade or earning stock options. But they are sorely needed if we are to meet our climate goals. Long-term, the rewards of triggering real change are immeasurable.

The clock is ticking. 2050 is 29 years away. If the past six years are a sign of what’s to come — good and bad — with the right combination of players, great things may just get done. It’s up to us.

It needn’t be doomsday, and we can’t be pollyannish, either. If we’re to have a post-2050 future, we must have hope. As a German newspaper recently noted, “At climate conferences, we regularly waver between…growing despair and desperate hope.”

Idealistic, talented newcomers are needed in government, to raise the bar and call out agencies if they renege on commitments. It’s beyond time for those with these traits to lead in government, to make climate action more than a cry. Make it real.

From Land to Sea: Are Floating Farms the Answer to Food Security?