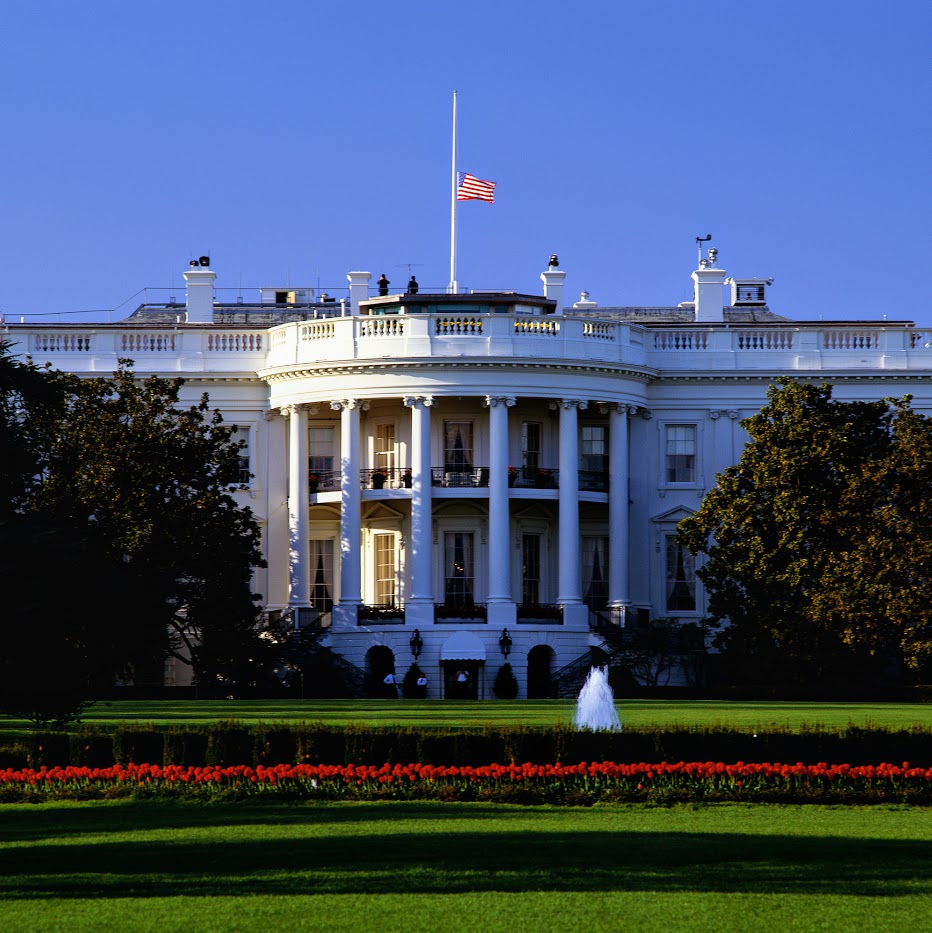 Calling himself a “militant moderate,” Peter Schuck, quite literally, wrote the book on good and bad government. A professor of law and public policy at Yale for almost four decades, he is a global expert on what makes for public policy work. One of his books, Why Government Fails So Often: And How It Can Do Better, is full of cautionary tales. Another, One Nation Undecided: Clear Thinking about Five Hard Issues That Divide Us, provides a refreshingly non-partisan analysis of some of America’s most inscrutable policy issues.

With the 2020 Presidential election looming, he spoke with Driving Change about how to improve the functioning of America’s federal government. We began by asking him, if he were put in charge, what would be his top priorities for reform?

Peter Schuck (PS): First, I’d resign as quickly as possible! But seriously, I would try to appoint people who are really high calibre. I would reform civil service laws that provide inadequate protection for genuine whistleblowers. I would institute more Congressional oversight of agencies, particularly in areas where Congressional committees have important expertise. That means Congressional staffing that is adequate to the policy needs of the country and competitive with that of the executive branch.

Among other things, this would help Congress write more specific statutes. The Supreme Court long ago adopted a legal doctrine called the non-delegation doctrine, under which it becomes unconstitutional for Congress to delegate authority that is so broad it contains no intelligible principle that limits what agencies may do under a statute.

The budgetary process is basically broken. We now have a lot of very important legislation that passes in the form of “omnibus” bills, which are unintelligible or incoherent or otherwise deficient. The omnibus law is itself a result of failures in the Congressional lawmaking process. So those are basic process-oriented changes with immense consequences. There are many other needed reforms, including limiting the filibuster power in the Senate.

Driving Change (DC): It has been six years since your book, “Why Government Fails So Often: And How It Can Do Better”, was published. Do you feel optimistic or pessimistic about what’s happened since then?

PS I’m very pessimistic. I think any thoughtful American would be quite pessimistic about today’s conditions, particularly given Trump’s administration. Unfortunately, the key question is how much permanent damage he will have done. In many policy areas, the damage will not be permanent and can be repaired. But in some other areas, I fear that the damage may well be long-lasting – maybe permanent. The level of corruption in the federal government is greater than it has been since President Grant one hundred and fifty years ago. That’s very distressing. President Trump has perverted almost every norm of decency and fair play and of reciprocity – the kind of norm that makes democratic governments work. Most democratic governments [throughout history] have failed, so the fact that the US, the UK, Australia, Canada, Scandinavia, Singapore and a few others have succeeded is a kind of miracle, and it’s a miracle because of these norms and these institutions –  institutions which only exist to the extent that they’re grounded in these norms. That’s my chief worry.

DC: We talk about the difference between politics and policy, but it seems that the danger with President Trump is that the politics has become so all-encompassing that it is dismantling the policy structures and the institutional structures.

PS: I think that’s true to a considerable extent, particularly his attack on science as a set of procedures, processes, norms, understandings and methodologies for assuring accurate facts and respect for those facts and giving us a common vocabulary from which we can then proceed to make policy decisions. Again, I think that may not be a permanent legacy of Trump – and there was a lot of public suspicion of expertise prior to his administration – but is extremely worrisome.

DC: Do you think that the public service can be rebuilt?

PS: I think so, I think talented young people can be drawn to the public service. Their interest in it has declined over the last decade or two. The civil service has ceased to be a professional avenue of choice for lots of young people, who would benefit the government by their service. I’m not sure how quickly that could be restored, but at the higher levels – at the level of political appointees – there [could] certainly be an improvement.

DC: You have written about the structural issues that produce bad policy. Should we, and America in particular, have seen the Covid-19 crisis coming and avoided it – or at least managed it better?

PS: I acknowledge, and indeed I emphasize, that hindsight is 20/20. But the substructure of scientific expertise for planning for such outcomes was in place before Trump. He’s dismantled it. He claims that Obama dismantled it. That’s not true. Surely more could have been done. It is very hard to know in retrospect what should have been foreseen. There was considerable planning in some areas, but whether it was adequate or not, I don’t know.

What has the pandemic shown us about the functioning of the relationship between different levels of government?

The decentralization of government in the United States is an extraordinarily fragile and important piece of the policy puzzle, precisely because so many important policy issues must grapple with the remarkable degree of diversity in the American population. Not just ethnic diversity, but also religious diversity, which has lots of policy consequences, and diversity in terms of the conditions that exist on the ground. That’s especially true in the health care system.

There has been a secular trend toward the federalization of power that has been going on since the New Deal. There are some advantages to centralization but there are many, many disadvantages too. So, you must pick and choose among different policy areas what ought to be centralized and in what way, and what ought to be left to state governments. The Covid crisis has raised this issue in stark terms, with a national government that has failed to discharge many basic responsibilities, leaving state and local governments without desperately needed resources.  Fortunately and unfortunately, depending on the policy in question, the federal government has used its taxing power to reduce the independence and autonomy of state and local governments. States and localities have to either impose higher taxes, which tends to drive local businesses and many taxpaying residents to other jurisdictions or even other countries, or come up with some other way to fund their operations. I don’t see that changing.

There’s always going to be a tension between different levels of government and there should be a tension. That’s one of the safeguards of liberty and democracy. That kind of tension, which has many inefficiencies and frustrations associated with it, is also a guarantee that has been a very important counterweight to President Trump. But it does have problems.

DC: You talk in your book about the importance of cost-benefit analysis when weighing up different policy options, and you are frustrated that too little use is made of it.

PS: Analysis, including cost-benefit analysis, can shed light on policy alternatives and enable policymakers to reject certain alternatives and embrace others, or even identify possibilities that they hadn’t thought of. Because it has lots of political effects it must be nurtured, and it must be protected.

DC: How do you do that? How do you create the right conditions to protect it?

PS: To some extent it comes from the top. You need a culture at the top of the decision-making pyramid that reassures the people who do the actual analytical work that their work will be respected and that the people at the top will welcome those sorts of analyses.

DC: In business cost-benefit analysis is standard. Why is it a given in Silicon Valley but out of fashion in Washington?

PS: Politics is much more constrained in private corporations – it exists, of course, but it’s constrained by hierarchy and the bottom line. Competition in the marketplace is a powerful reminder as to whether they’re succeeding or not in terms of the values of the marketplace, which are valuable signals. They’re not sufficient to run a diverse and complex society but they are an extremely important part of it. So, in the private sector, it’s relatively straightforward to assess success and failure, whereas in government, it’s just the opposite. The notion of market failure, which a lot of liberals emphasize as calling for more government, are matched in very important ways by government failures.

DC: What advice would you give to a young person who is considering a career in the civil service?

PS: What I tell my students who are interested in government is to identify an up-and-coming leader who has intelligence and courage, a critical mind and good political sense, but also has principles that transcend politics when necessary, and to work for that woman or man in the bureaucracy and see what happens.

In the United States, the non-profit sector is very rich in opportunities and agendas. So that’s a very good way for a young person who is interested in policy to start in that sector, and then move into government and try to influence policy in a different fashion.

My book, One Nation Undecided: Clear Thinking about Five Hard Issues That Divide Us, tries to show how complicated policy is and what the trade-offs are. Implementation is the uninvited guest at most of these discussions, and yet it’s extremely central to the performance of government.

I would hope that young people who are thinking about public service remember that a wonderful idea is of no use or consequence whatsoever unless it can be implemented. Most ideas that appeal to us are much less appealing when we consider what is required to implement them. That’s where the trade-offs come in, that’s where institutional resistance comes in, and that’s where the realities that surround problem-solving manifest themselves. So, it’s very valuable to think about implementation, even though it’s somewhat discouraging because so many of our dreams cannot readily be put into practice.