How To Avoid Another Food Emergency. Lessons From COVID 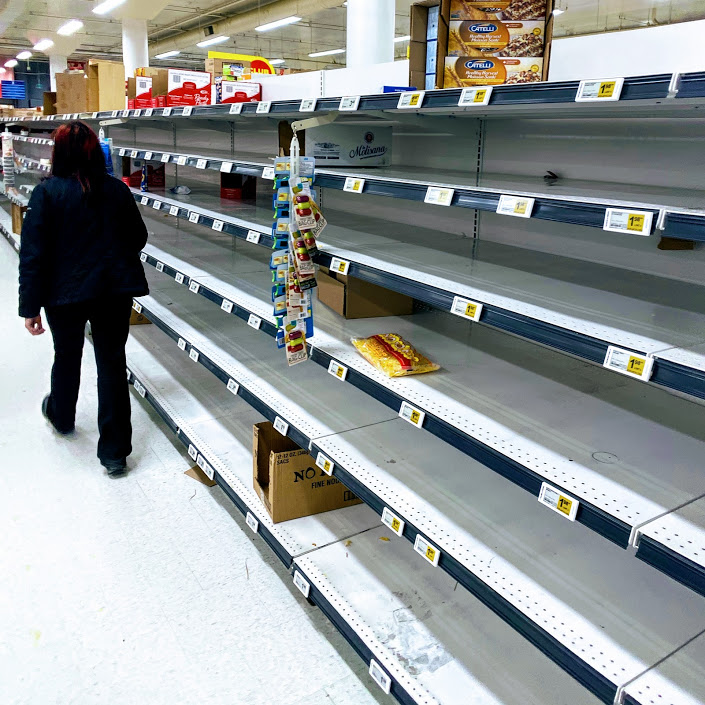 From Paris to Pyongyang, shoppers the world over responded to the Covid-19 pandemic by stripping supermarket shelves. Nissin Foods, the Japanese company whose founder invented the now ubiquitous instant noodles, has seen its share price hit an all-time high. Across the Atlantic, sales of Spam, the canned meat nicknamed ‘Hawaiian steak’ that rose to global fame in the 1970s after featuring in British comedy show Monty Python’s Flying Circus, have increased by 70% since the pandemic started.

But Covid-19 will have many more far-reaching impacts on the way the world eats, which will require big, bold actions by policymakers if a long-lasting food emergency is to be avoided.

The UN Food Programme has warned that the number of people suffering from acute hunger will double by the end of 2020. The wave of lockdowns that swept the globe disrupted the global food system. But it is the ongoing economic fallout from the crisis that threatens to have a devastating effect on the world’s poor and their ability to access nutritious food.

Early in the crisis, fears of an impending ‘food emergency’ made headlines. So far, this hasn’t happened, but the worst may be still to come, says Aziz Elbehri, a senior economist at the Food and Agriculture Organization, a UN Agency.

The pandemic has affected global food supplies in several ways. As international borders closed and consumers stayed home, the price of some fruits and vegetables, seafood and animal products fluctuated. So far, however, staples such as wheat and rice have remained relatively stable.

This may owe a lot to the several months worth of major commodities many countries held in reserve, says Mr Elbehri. “This prevented panic.” But, he worries, “the next six months may be less rosy.”

The pandemic has hit many producers and suppliers hard, and in many parts of the world, workers are still not able to travel to farms and factories. As a result, production may fall, and prices rise, in 2021, says Mr Elbehri. This could fuel a lasting food crisis.

The world’s poorest households spend 70% of their income on food. Economic models suggest the crisis could push anywhere between 90m-150m people into extreme poverty. Sub-Saharan Africa, Latin America and conflict zones are most at risk.

A locust swarm in East Africa, hurricane season in the Caribbean, local domestic political setbacks and the dramatic drop in oil prices have left countries such as Venezuela, Nigeria, Haiti and Somalia particularly exposed.

“As the pandemic continues to spread and economies are still under stress the full impact is yet to be felt,” Mr Vos says. “The impact on poverty caused by the global economic recession remains the main driver of increased hunger and people shifting to less nutritious diets. As the crisis lasts longer, we should get increasingly worried about the poorer diets people are eating.”

“Developing countries have much less space and typically no sophisticated social safety nets to avoid a rise in poverty and hunger,” says Mr Vos. Some of them “have managed to expand coverage of social protection programs, and this is providing some relief, but in many countries, especially in Africa and South Asia, this is far from enough.” These countries “will need more international support to avoid a major food crisis from breaking out” – which, as rich countries think twice about their aid commitments as pressures grow at home, is far from certain.

Most countries have so far focused on short-term emergency measures, says Mr Elbehri. Now they must work out what policy interventions will be needed in the next six months to two years to ensure people can access food. Some low-income countries are working with development finance banks to reprioritize their policy priorities. But so early in the crisis, this remains a work in progress.

There are some bright spots and opportunities too. Mr Vos points to China, which has kept food supply chains moving and ensures workers can remain on farms. “This idea of ‘green lanes’ should be followed through elsewhere,” he says. “While clearly, there are more obstacles in poorer countries, it is something they should try and focus action on as part of efforts to secure sufficient food availability and affordability.”

Despite an “initial impulse towards protectionism” governments have “quite quickly realised this was not a wise move,” says Mr Elbehri. In South-East Asia, where a commodity price spike caused by export restrictions morphed into a full-blown economic crisis just a decade ago, governments “have learned their lesson.” Since the pandemic, governments there have reaffirmed their commitment to keeping trade flowing.

The crisis could even be “an opportunity for developing countries to initiate or start implementing long-sought agricultural reform,” says the Asian Development Bank in a recent report. Inefficient and old-fashioned farms could be modernised, for instance.

And low-income countries may be winners if global food companies  diversify their supply chains  in response to the crisis.

Policies to ensure both the supply of food and demand for it, by providing income support to the poorest people, may yet avert a long-term food emergency. Then, perhaps, the lasting legacy of the pandemic will be millions of cupboards stuffed with untouched emergency supplies of cup noodles and cans of spam, instead of a dramatic and sustained increase in malnutrition and hunger.