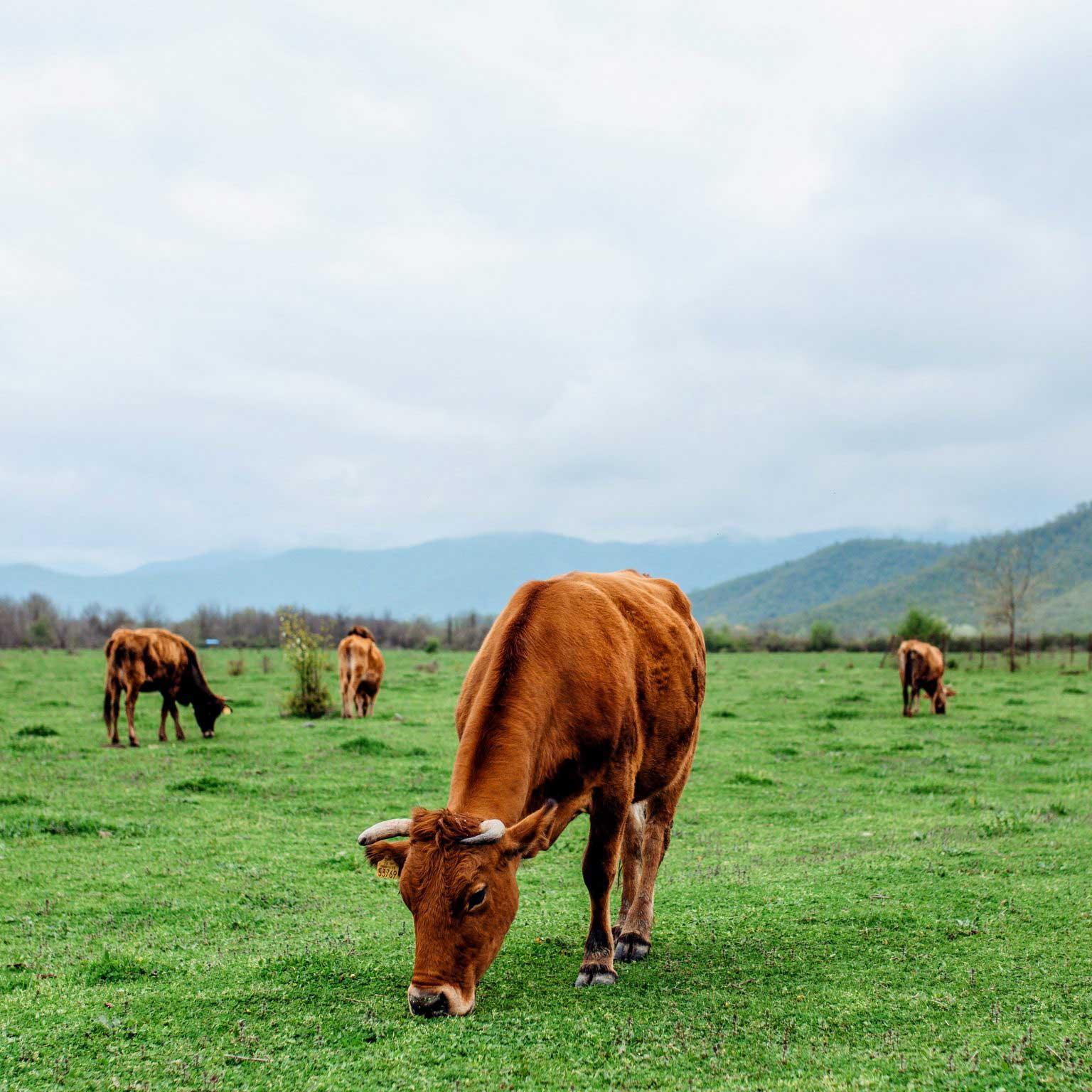 As global campaigns urge people to stop eating red meat because of its contribution to climate change, some ranchers in Argentina are exploring an alternative, regenerative approach to producing beef.

Husband and wife duo Fernando Bianchi and Valerie Bate have been raising cattle in the General Las Heras region, near Buenos Aires, since 1994. They were certified organic in 2001. Now, they are part of a growing wave of regenerative organic farmers around the world. But instead of vegetables or grains, they are trying to prove that regenerative farming with cattle is possible.

Though much vilified for their methane-producing farts, cows play an important role in managing the grasslands, says Mr. Bianchi. “A natural ecosystem needs both flora and fauna, in order to maintain an equilibrium, so pulling out actors from within these ecosystems is going against nature.”

The couple, alongside their children, oversee a herd of 1,000 Aberdeen Angus cattle, which take three years to grow to maturity before slaughter. Today, the harvested beef is sold within Argentina and exported to the EU, under the farm name, La Julia Organics. Now, having secured USDA organic certification, the US may be added to that roster.

Two decades ago, when Mr. Bianchi got started, he knew little about cattle farming. Having worked in the construction business, he was an effective handyman, adept at building structures on the farm, but not up to speed on the nuances of breeding and rearing cattle.

“A natural ecosystem needs both flora and fauna in order to maintain an equilibrium, so pulling out actors from within these ecosystems is going against nature.”

Grass Productivity by André Voison, a book published in 1957 (a sort of bible of what is now called “intelligent grazing”), gave him the know-how and inspiration to not only grow his herd, but do so in a manner that is gentler both to the land and the animal. When the Bianchis moved away from the city, they settled on a 240-acre plot that had been overgrazed. Inspired by the writings and teachings of the French farmer, they adopted the “Voison method,” a four-pronged system for rotational grazing. In addition, by keeping the soils always covered with some variety of crop or grasses, they’re able to enrich them, Mr. Bianchi explains.

“By doing this we are able to improve water absorption and retention on our land, and also the cattle feed directly on up to 60 percent of the available pastures. This keeps the grass roots active and captures carbon.”

The animals are frequently moved about on the pastures – at least once a day, if not twice, under Mr. Bianchi’s guidance. The farmland is divided up, “like a chessboard,” he says, based on its topography and how the cattle respond to it. For instance, there are parts with trees that provide shade and cover in the heat; other sections have water troughs, which can be natural congregating spaces. By using electrical fencing these plots can be modified with more “agility,” he notes, in comparison to using fixed wired fencing, which is more expensive, and “visually more disturbing.” 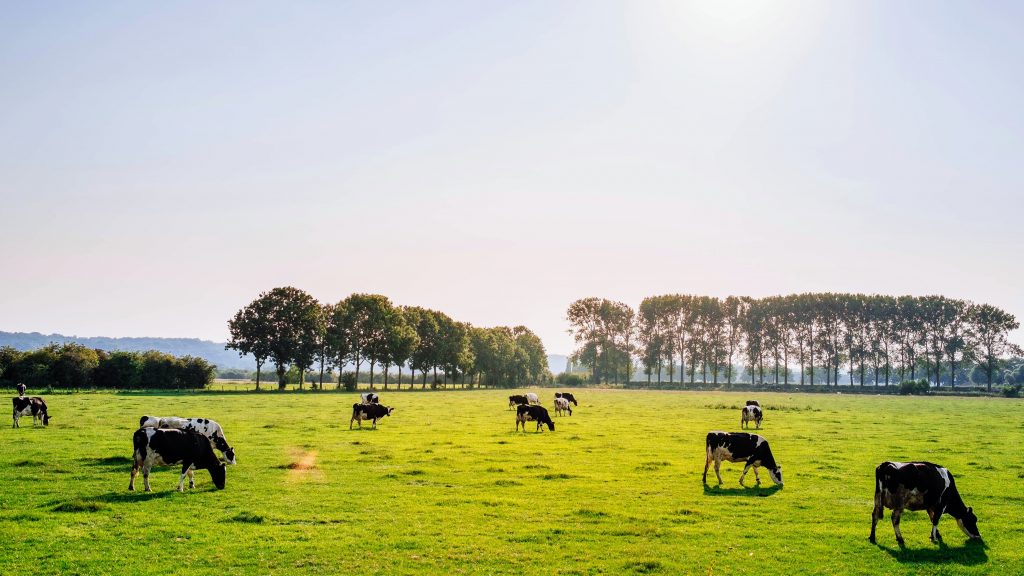 The cows are fed on a diverse mix of grasses. In the winters, fescue, ryegrass, cat grass, Stipa setigera J.Presl, lotus, and clovers thrive. In the summers, that recipe changes to crown grass, and different Scutch grasses. “Understanding how animals behave is important, because we can see how they select their diet according to their individual needs. Having variety in their food is fundamental because this also something cows transmit to their calves.”

Argentina has long been hailed for its pasture-raised beef and is now one of the world’s leading organic producers. But Mr. Bianchi says that many cattle ranchers shifted to less healthy industrial production of beef in the 1990s when CAFOs, or concentrated animal feeding operations, became the norm. “Plus, with soaring soy commodity prices in the 2000s, we saw many farmers abandon mixed agro and cattle practices, as well, and switch to industrial soy plantations as a cash crop.”

The Bianchis were able to weather these changes because they had achieved organic certification in 2001 and were primarily producing for export to Europe. Any offcuts that didn’t sell to European buyers would be sold locally as conventional beef because the organic market wasn’t ripe enough there yet, Mr. Bianchi says. That started to change in 2016. “Meat in Argentina is a strong part of our cultural identity, and it is curious that we only recently started to explore how we consume it and its provenance,” says Carolina Bianchi, who now works with her father and mother at La Julia.

While the Bianchis continue to tend to their cattle, the Alexandres in California are also looking at how cows can be a part of an eco-friendly future. The first regenerative organic certified dairy in the US, the Alexandre Family Farm has done the same as the Bianchis – brand their farm and take their product directly to consumers. In their case, the product is milk, which they are marketing on it having a different protein structure (A2) that is easier for human consumption. With more than 4,000 cows in their dairy, their business model could be more suitable for the American farmer, where scale is a necessary prerequisite for profit.

The Alexadres claim that their soils have been enriched by their regenerative practices, going from 2 percent organic matter to 8 percent in the last 20 years. In some spots on their 4,000 organic acres, says Blake Alexandre, it’s at 15 percent. “Given that half of organic matter is carbon, we are definitely sequestering carbon,” he adds.

“We have been looking at methane incorrectly when it comes to reducing warming.”

UC Davis Professor Frank Mitloehner has stirred up some controversy in the ag world by suggesting that livestock actually help trap more carbon than they emit in the form of methane-filled gas. Mitloehner has created a “lab” of sorts at UC Davis where he monitors the inputs and outputs of cows closely.

In a recent study, he shows how California dairies, which are responsible for 4 percent of the state’s’ emissions, are actually becoming more eco-friendly and repurposing methane.

“We have been looking at methane incorrectly when it comes to reducing warming,” he argues. “While more potent than the most prevalent greenhouse gas, carbon dioxide, methane is a short-lived climate pollutant, staying in our atmosphere for about 12 years before it’s broken down and removed. On the other hand, carbon dioxide remains in our atmosphere for centuries, with new emissions accumulating on top of those previously emitted, making it the main driver of climate change.”

According to Mitloehner’s research, a decrease in the number of cows and total milk production in recent years in California, together with more efficient dairy systems, has decreased methane emissions. The amount of methane emitted by California dairies, he notes, is less today than in 2008. Plus, today’s dairy farmers are using anaerobic digesters (which trap methane), or compost pack barns and solid separators (which are cut down on methane production).

Not everyone agrees. Some critics have labeled Mitloehner as the “pro-beef professor”. But his UC Davis colleagues have also found through their research that grasslands could trap more carbon than forests, making the case for more open pastures. All of this begs the question: can animals be reared in a climate-friendly way?

The Rodale Institute puts the answer succinctly: “It’s not the cow, it’s the how.” Thus, if the how can be improved — either through trapping methane, having smaller, better managed herds, or more regenerative practices which contribute to overall sequestration of carbon, cows can be a part of the regenerative farming revolution.