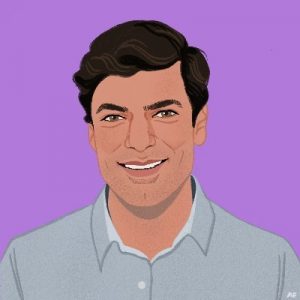 Growing up in Schenectady, New York, Daniel Correa, chief executive officer of the Federation of American Scientists, a non-profit think tank that helps science and technology experts collaborate with the government on policy change, saw the economic fallout of globalization. Once home to GE, the epitome of twentieth century American innovation, the city became a shell of its former self as the corporation moved its business operations around the U.S. and offshore, taking many jobs with.

“My interest in policy was seeded at a young age around this question of, what is the answer for helping struggling regions to succeed and thrive?” recalls Correa. “I found science and technology policy through a lens of working backwards from their economic benefits in generating prosperity and productivity growth.”

Following degrees in law and economics, Correa’s journey into innovation policy started with a stint as the first employee of the Information Technology and Innovation Foundation, a Washington D.C.-based think tank, where he led technology, entrepreneurship, and innovation policy research. But it was a scholarship to the Office of Science and Technology Policy in the White House, in which he helped shape innovation policy in the first Obama administration, that revealed a surprising reality. The problem of innovation policy was not a lack of ideas, but a disconnect between the people who have them and the political soil they need in which to take root and grow.

“Working in think tanks, I had been feeling one step removed from the work happening in Congress, in the executive branch, and state houses across the U.S., so I came into the scholarship thinking ‘I’ve been writing about science and technology policy for years — I am ready to rock’. The next three plus years were a journey of me uncovering how little I knew about policy and policy change.”

Correa recalls plenty of outside experts wanting to engage policy makers, from the semiconductor industry to university R&D labs. “It is not that we need a class of people to come up with ideas — in so many cases, the best ideas live somewhere else [than government], and the challenge is finding them and filtering them.”

It is not that we need a class of people to come up with ideas — in so many cases, the best ideas live somewhere else [than government], and the challenge is finding them and filtering them.

The Day One Project, launched in 2019, is Correa’s attempt to provide that filter by changing policy from “a noun to a verb”. The initiative invites proposals from experts in science and technology and helps them craft those ideas in a way that will land with government. “Rather than pushing ideas, we identify opportunities where they can be pulled in,” Correa explains. Their policy portfolio stretches from education and the workforce to health and life sciences to energy. “We launched this as a new kind of policy organization to meet the needs of ‘change agents’ in government.”

The initiative, which combines the Day One Project’s in-house team with an evolving network of several hundred experts, is a kind of policy oven that works with contributors to hone an implementation plan thereby bringing policy makers a “fully baked idea that is ready to go because someone has thought about what relevant levers would need to be pulled for this to happen”. That could include guiding an expert in identifying the right audience, to overlooked details like fiscal cycles. 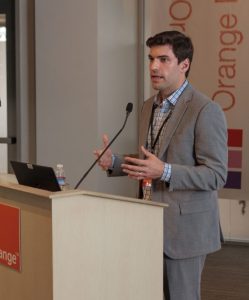 “Every year there is a presidential budget process. If you have a budget idea, you’re going to get a better audience during the part of the year when the budget process is happening, because that’s when the entire executive branch is looking for ideas. In other words, you should be thinking entrepreneurially about how to take a good idea and increase its chance of adoption. That sounds obvious but it’s not the way that most people approach policy.”

The long-term goal, says Correa, is to bring an entrepreneurial mindset — backed up by practical engagement models — to cross the bridge that he first experienced when arriving at the White House. “We have given ourselves the task of building a community around policy entrepreneurship. It is one thing to advance a single idea, but what substantive change looks like is an entire community of people inculcated in this way of thinking and who inhabit the ethos of policy entrepreneurship.”

The Day One Project is forging connective tissue between the science and technology community, whether industry or academic, and government. But the government itself needs to strengthen its human capital by hiring innovation experts to guide its strategy and develop its own projects and initiatives.

Forged in the crucible of World War II, the U.S. invented ‘Big Science’ — the huge deployment of government resources to fundamental innovation. It started with the Manhattan Project to build the atom bomb, but later became the blueprint for initiatives like CERN, the high energy physics facility, and even Operation Warp Speed, the U.S. vaccine initiative.

There is a sense, though, that government has struggled to recruit enough science and technology experts into its core workforce. This is not because the work is not appealing — quite the contrary. “There are so many talented individuals whether in tech or science, who have a deep passion to find a career with impact,” says Correa.

People change jobs all the time. The human capital system for the federal government is not designed in a way that it could effectively be a [hiring] player.

He sees the federal government as an unrivaled platform to have that impact and effect change. For example, he knows of a current project to redesign the digital infrastructure for the U.S. Department of Veterans Affairs, to ensure a seamless, cyber-secure, data-driven platform to improve how military veterans access benefits and support.

“They are transforming the VA, and this is a heroic public service. If I describe a role for you on that team, their experience in recruiting is that people want to drop everything to come do it. There is nowhere else where you can go and have as large an impact, where small changes can have massive reach.” 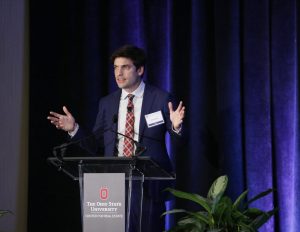 Yet often, the way government agencies advertise jobs falls short in terms of conveying the potential impact or even being discoverable. “If you go on USA Jobs [the website where federal government opportunities are listed], it is often hard to understand any job you find. What does ‘IT specialist’ mean? And there are incredible jobs on there that don’t sound incredible. There is a need for translation.”

A second problem is that government has not modernized to reflect the realities of the modern workforce, where few people seek or expect a job for life. “People change jobs all the time. The human capital system for the federal government is not designed in a way that it could effectively be a [hiring] player — where someone, say, does a tour of service and then goes back to a tech firm. We need to be more inviting of that, create more opportunities for that and design roles in recognition of the reality of these labor markets.”

It is one thing to advance a single idea, but what substantive change looks like is an entire community of people inculcated in this way of thinking and who inhabit the ethos of policy entrepreneurship.

Some mechanisms are in place but they are underutilized. The Intergovernmental Personnel Act mobility program, for instance, is designed to allow exchanges between federal government and external sectors, like non-profits and universities. This gives governments access to vital skills and perspectives to support the development of specific initiatives, like laying the regulatory groundwork for an emerging technology. One example might be a university loaning an expert in autonomous vehicles to the Department of Transport, to help design rules to guide the sector’s evolution.

“These mechanisms are already designed but underutilized,” says Correa. “The amount of government spending that is spent on these models to harness talent is small compared to the private sector. We have a lot of headroom.”