Andrew Knight reckons there are 30,000 policymakers in the UK central government alone. But there could be many more. 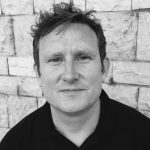 “It becomes a bit ethereal around what constitutes a policymaker,” he muses. “Are they people who make public policy and services? If it includes all those people, then there are hundreds of thousands of people. And local government often does this stuff better than central government because working with citizens is their bread and butter.”

Knight should know. As principal policy designer in the UK Government Directorate for Policymaking Transformation, he’s spent 18 months gathering together this disparate community, setting up a blog at https://publicpolicydesign.blog.gov.uk/ in Spring 2021 to inform and engage members.

“We want to foster more modern ways of making policy, with a focus on evidence-based policymaking,” he says. “There’s enough ideas in government but governments can be quite solution front-loaded.

“Our model is to start with the outcome you want to achieve, not the solution, and research, design, and test what you’re going to build. That way, by the time you ask for public money, you’re really sure it’s going to deliver what you expect, and that people will respond in the way you want.

“So really, this becomes about driving public value; creating a melting pot for ways of making sense of the world, reducing uncertainty, and navigating complexity.”

Focusing on the User

The community-building and communication work is aimed at public policy design “labs” ranging from 30-40 people working across disciplines to a single person working on their own.

Technically, it covers anyone with a gov.uk email address, with members including policymakers within executive agencies, non-departmental public bodies, and local government.

The blogs typically include advice on what policymakers need to thrive in their jobs, how to master the science behind policy design and how to innovate public services at scale.

Recently, there was an opinion piece from an executive in the Home Office’s strategy directorate about how Britain’s government might have acted differently in the Windrush scandal, which surfaced in 2017 when it emerged that hundreds of Commonwealth citizens had been wrongly detained, deported, and denied legal rights. There’s also advice on making multidisciplinary policy teams work better.

Striving to Rebuild a Policymaking Community

Knight is a poacher turned gamekeeper, worked as a performance coordinator for oil group BP before moving into policymaking as a manager for the Learning and Skills Council 19 years ago.

He then worked in policy positions at the Young People’s Learning Agency, the Education and Skills Funding Agency, and the Department of Education, where he progressed to head of the Policy Lab.

Arriving in his current position in February 2020 with a remit to link the UK policy profession with the Cabinet Office and The Treasury to establish modern policy design skills and infrastructure across UK government, he found that the “policy design community had kind of disappeared”.

“There had always been a regular catch-up between some of the main policy labs, but it went off the boil a few years ago,” he says. “I put a bit of a rocket under it, and we’ve now got about 30 organizations that take part, meeting up monthly at a strategic level.”

Despite being required to move the community-building work onto video calls during Covid-19, Knight is delighted with the impact. While the blogs have attracted between 20-30 writers and have been measured as the most popular in the UK policymaking profession.

His unit also runs practitioner events to exchange knowledge and ideas and has set up working groups to formulate a policy delivery course and develop standards and an assessment model.

Fighting a War for Talent

Knight’s unit liaises with universities to improve the pipeline of people coming into government and he says the blog has been instrumental in helping recruit fresh policymaking talent.

“Policy design often struggles to find the right people to hire,” he says. “We advertise jobs and that bring more people into the process.

“Policy design skills are fairly new as a skill set. In 2022 we’re going to be doing a lot of work outside government to make the case for why public policy design is so important.

“We have to articulate the value proposition for policy designers about why they should be coming and working for government. Policy design in the public sector is bigger and more complex and interesting and exciting than anywhere else just because of the nature of the problems we work on. We want to be able to articulate that to people.

“The impact we’ve had has been in the interest we’ve generated. A lot of policymaking work is quite difficult to see. Our work is about driving people to come to work with us and join our community. We want them to feel they can be part of this world and have agency to change how government works. That’s the real win.”

Arlyn Andrews Has the Right Stuff in Government for Carbon Tracking