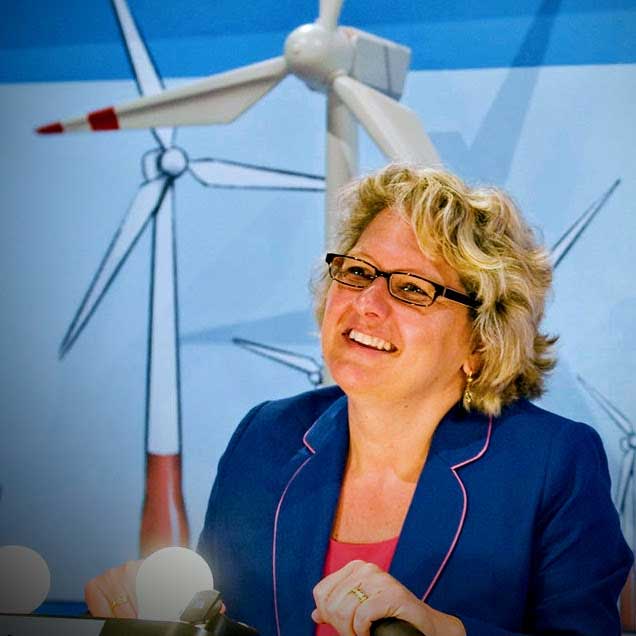 “Never before has so much of an EU budget been allocated to combating climate change,” declared Svenja Schulze, Germany’s Minister for the Environment, Nature Conservation and Nuclear Safety on July 21st, after a five-day inter-governmental summit resulted in agreement to a €1.8 trillion ($2 trillion) pandemic-triggered stimulus package for the 27-nation bloc. Around a third of that, over seven years, is being allocated to climate action efforts such as developing clean energy resources, stimulating the market for emissions-free cars, investing in new green technologies, and generally promoting energy efficiency.

Reflecting the EU’s pledge to be carbon neutral by 2050, this contrasts sharply with recovery spending plans by governments elsewhere, which according to research by Bloomberg New Energy Finance included, as of July, only $54bn for climate action, while pumping $697bn into carbon-intensive sectors including air travel and fossil-fuel extraction.

Given Germany’s political clout within the EU, this deal was a triumph of the green politics with which the country has long been associated – though not always put into practice. After the 2008 financial crisis, Germany’s stimulus included support for diesel car makers, including a “cash for clunkers” program that arguably increased emissions because it lacked any requirement for fuel-efficient car purchases. Even now, the manufacturing juggernaut gets nearly 40% of its energy for power generation from dirty sources (mostly coal and lignite) – in part as a  consequence of controversially deciding to phase out nuclear energy by 2022 (which is regarded as green only in some quarters, and still accounts for 11% of Germany’s energy), following public uproar after the Fukushima nuclear meltdown in Japan in 2011. Within the EU, in 2018 Germany ranked only 19th in Europe for the share of renewables in its energy consumption, well behind the likes of Latvia (40%).

It was also a personal triumph for a politician considered an underwhelming choice for her post by Chancellor Angela Merkel. “Hardly anyone outside of the western state of North Rhine-Westphalia knew who she was,” observed broadcaster Deutsche Welle. Schulze comes from a state where lignite plays a big role and, as Greenpeace pointed out, she was a member of the mining union. She had no known prior expertise in the environment, other than causing a post-Fukushima scare by issuing an erroneous statement warning that elements had gone missing from a local nuclear test facility. And her controversial policies as state education minister were blamed for getting her party, the SPD, voted out of office.

Yet thanks to Schulze, Germany may finally walk the green talk. Its earmarked contribution to recovery spending is among the EU’s greenest: a massive €130 billion Green Recovery Plan, the largest such rescue package in Germany’s history. Roughly one-third of that aims to slash emissions. This is to be done in part by modernizing the country’s fleets of aircraft, cars, trucks and trains, and through a raft of incentives including subsidies and tax breaks for electric vehicle purchases, along with substantial R&D funds. Chancellor Merkel has publicly stressed its forward-thinking targeting of two very grey, very hard-hit cornerstones of Germany’s economy: heavy industry and automakers.

At the heart of this energy transformation plan is hydrogen, with plans for it to power sectors that have long rebuffed domestic pressures to go green, most notably steel and cement making. For freight, the goal is to switch from a logistics system built on diesel-powered trucks to hydrogen-fueled trucks, ships and airplanes over time. The country now has the world’s “most significant national hydrogen roadmap”, says Bloomberg New Energy Finance. As it moves to implement it, policymakers hope Germany will emerge as the world leader in hydrogen-powered vehicles and operations, reaping substantial additional benefits for the country in foreign markets, near and far. “When Germany moves big on something there’s a ripple effect elsewhere,” observes BloombergNEF’s Dario Traum.

There are plenty of sceptics. “For Steel making hydrogen is pretty good. But it will be a major change for existing infrastructure,” explains Dr. Klaus Lackner, director of the Center for Negative Carbon Emissions, and a professor at the School of Sustainable Engineering and the Built Environment of the Ira A. Fulton Schools of Engineering at Arizona State University. “I’m far less convinced that we should use hydrogen in cars or trucks. It is challenging and costly. Hydrogen is combustible, so is gasoline.  Hydrogen is more difficult to manage, more hazardous, and goes with a bang.”

Professor Dr. Ferdinand Dudenhöffer, director of CAR Center, an automotive research firm in Duisburg, Germany, adds that “We have no long-term, sustainable plan to build a competitive advantage.” When it comes to transport, he laments the country’s short-term approach to long-term research, noting a failure to invest in software or batteries, valuable sectors that he says the country has effectively ceded to Asia and the US. “We need to build strong software companies,” he argues. Moreover, not all of the plan’s elements aim to cut emissions. A reduced rate of value-added tax, for example, applies to all goods. Lufthansa’s €9 billion Covid-19 bailout came without green strings – whilst the rescues of its subsidiary Austrian Airlines and Air France both did.

Still, the shift appears to be real and substantial. “The German state has always had close links to the [fossil fuel] auto industry. But with this package the country is betting on electric vehicles,” says Nicholas Walton of the World Resources Institute. Already, Germany has seen subsidies drive a surge in sales of electric cars. Substantial investment in charging station infrastructure and battery manufacturing is also part of the plan. This may prove to be a significant turning point for the country, and indeed the European and even global economy.