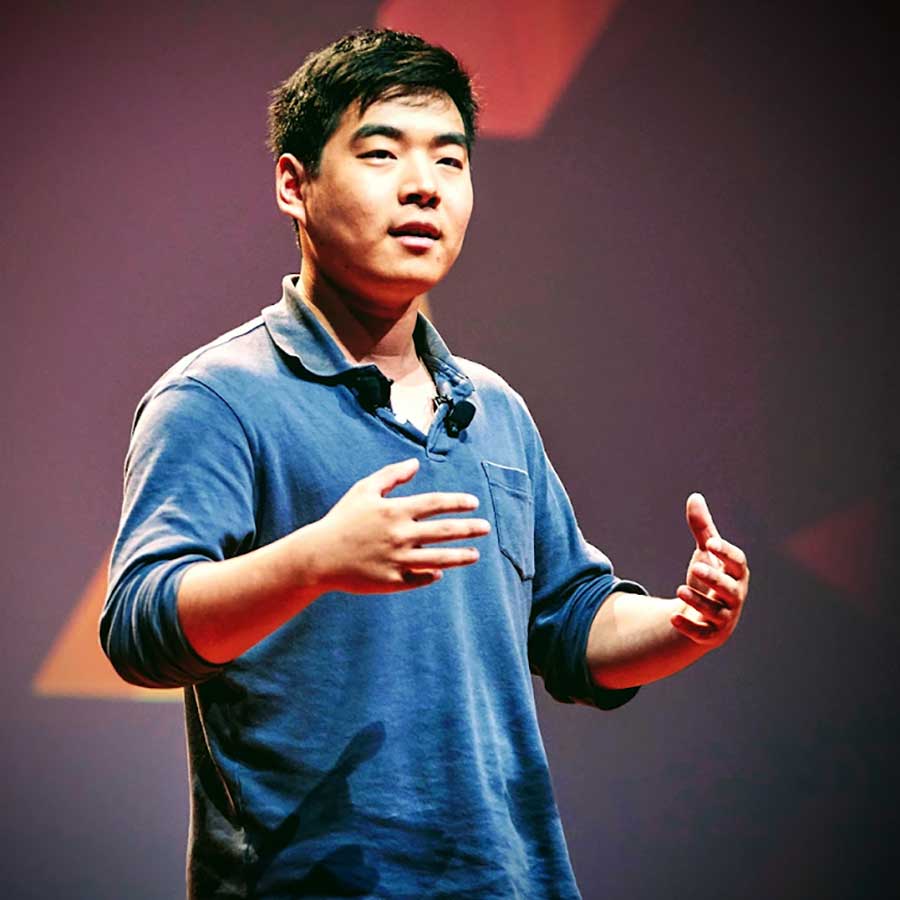 While successful young people often plan to make a contribution in the later stages of their life, from an early age Paul Duan wanted to have impact throughout his. “I had a moment of realisation at 20 where I thought ‘why should I wait? The world is going to shift fast and we need change now, not in 20 years.” That is how, in 2014, he came to found Bayes Impact, one of the first non-profits to be accepted into Silicon Valley’s prestigious Y Combinator accelerator, to explore ways of applying data science to social problems.

He had followed an unlikely path to Silicon Valley: growing up in a low-income town in France, his parents having migrated from China, Duan somehow secured a place at the University of California, Berkeley. By 19, he was earning a six-figure salary, his arrival in the Bay Area having coincided with a start-up boom: according to his online bio, he became a “Data Scientist at Eventbrite, where he wrote algorithms and terrible jokes (he still does)”. Duan says he was unmotivated by the lure of riches. “My experience as an immigrant made me realise how much of our lives is due to the randomness of the situation into which you are born. My family was able to lift ourselves up, in part thanks to the public services we received, so I always thought about having a social impact in my life.”

At Bayes Impact, he initially explored various ways to apply data to policy challenges, including reducing prison overcrowding through building risk assessment models and improving governance in microfinance using fraud detection algorithms. Then he turned his attention to labour markets.

Unemployment in his homeland of France is among the highest in the OECD, hovering around 10% even before the pandemic. The national public employment agency, Pôle Emploi, had a job counsellor scheme in which coaches advised people on their best options in terms of re-training, job trends and alternative search locations. Yet the scheme was expensive, hard to scale and unbalanced in providing equal and timely access. “It seemed like AI could play a role here,” Duan recalls thinking.

After interviewing job counsellors, and deciphering the patterns and rules of their advice, Bayes Impact built an AI-powered personal job coach called “Bob” (available as a mobile phone app) which offers coaching support, from tips on beefing up CVs by adding keywords to flagging an individual’s strengths and weaknesses. Over 200,000 people have so far used the tool in France and the non-profit is now in talks with several US states and government agencies across Europe to expand access to the app .

Governments around the world have very different attitudes when it comes to engaging with the private sector, especially AI start-ups, to deliver public services. The UK government regularly works with outside partners on public services. Recent examples include Alphabet subsidiary DeepMind, which helped develop an app for the NHS, and the participation of multiple tech companies in its COVID-19 response plan (both have faced criticisms over issues such as data privacy and profiteering from public sector contracts). Bob aside, France, by contrast, has historically been far less open to private sector participation in public services.

Duan believes that public officials tend to be more likely to work with outside entities when the policy decision-maker is close to the problem. “Officials who are remote from end-beneficiaries are not as open to thinking of different ways to address issues. In the start-up world, you start with fixing problem in front of you and it snowballs from there. Having a direct link to the beneficiaries [as a public servant] gives you that perspective. Otherwise you see everything as a process, an administrative issue.”

Duan welcomes the rise of more “chief innovation officers” and data specialists in governments across the world, as they are often an entry point for discussing experimental approaches. But more important than the individuals concerned is a shift in the policy making culture. “It feels like there is a new generation emerging that is more open to the possibility that ideas might come from outside government,” he says. “Instead of seeing the government as having a monopoly on the production of social goods, they are seeing it as an enabling infrastructure on which others could help to build.” Will government be better if it becomes a platform?