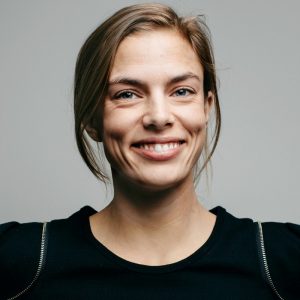 Henrietta Moon believes governments don’t have anywhere near the knowledge and skills they need to fulfill a major part of the promises they have made to mitigate climate change.

The chief executive of Nasdaq-listed Carbo Culture, who became the youngest person in her native Finland to join the board of a publicly traded company when she became a director of electronics company Yleiselektroniikka two years after leaving university, is talking about progress on carbon removal and storage.

Although the recent Intergovernmental Report on Climate Change made it clear that only substantial and urgent cuts in greenhouse gas emissions and the removal of large quantities of carbon from the atmosphere can now save us from the forecasted climate disasters, Moon does not believe this is properly understood inside most governments.

“The world is taking so long to sort out carbon emission reductions,” she says, “that to reach any of the global warming targets set out in the Paris Accords by 2030, the world needs to tackle actual carbon removal in addition to drastic emissions reduction.

“Humanity’s emissions represent about 50 gigatons of carbon dioxide equivalent each year, so, in addition to emission reduction, the planet needs to remove about 2 billion tons annually by 2030 and about 10bn of tons annually by 2050.

“Even if all the world’s oil companies and all the technology that exists at the moment got together to tackle the problem, it would not be able to remove anywhere like that today.

“Governments are getting educated on this issue, but the space is evolving quickly and we’re running on less and less time. Are they there yet? I would say no and this time around we don’t have the luxury we had with solar panels and wind power when it took us more than a decade to get comfortable with the technologies and associated financing risks. We don’t have that time now.”

Moon is taking her own action with Carbo Culture by making a highly ambitious pledge to single handedly remove a gigaton (one billion tons) of carbon from the atmosphere by 2030.

It is going to need governments to grasp the difference between cutting emissions and removing carbon from the atmosphere.

The company’s pilot reactor turns food production waste, such as nutshells, peach pips, and wood chips into biochar, a biocarbon that looks much like charcoal and stays stable in that format for 1,000 years. It says its carbon-negative technology is effective, makes no methane, and only requires energy for supporting devices, not for the process itself. Rather than being buried underground, like some other carbon capture and storage schemes, Carbo Culture’s biocarbons can be safely laid on the land and used to enhance soil.

Moon admits that the company’s pledge is foolhardy at the very least, or, as she terms it, “absolutely insane”. “It’s a very, very crazy number,” she says, “but the world needs to be removing and storing carbon on an industrial scale. We need to physically bring down carbon from the atmosphere and keep it permanently out of there.

“You can’t just remove it, turn it into a fuel, combust it, and then release it again. You need to store it somewhere or keep it out.”

Moon, who started her career in event management and tourism operations for Sunset Getaways in India, admits that she is not a scientist by background and knew little about biology and physics before co-founding Carbo Culture.

Instead, she gained experience by doing an internship at the Ministry for Foreign Affairs of Finland, joining a student entrepreneurship society, and studying at the University of Economics and Business in Vienna, which she left to set up the company with American engineer Christopher Carstens, who she met at a global solutions innovation program in California. 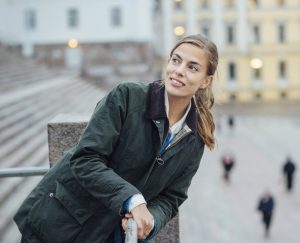 She also founded education technology start-up Mehackit and chaired it for four years before giving up all her other directorships in 2018 to focus on Carbo Culture full-time.

The company recently raised $6.2m in venture capital funding to help it start working towards its carbon reduction goals. It has begun small-scale operations in California and is planning to open its first commercial plant in Helsinki in 2024 selling renewable heat.

Moon is highly aware that Carbo Culture is a tiny company trying to tackle humanity’s biggest problem but wants governments, business, and the scientific community to work together to find a blend of carbon capture solutions that can work together at scale.

It is widely accepted that achieving the level of carbon removal and storage that will make a difference to achieving the United Nations’ Sustainable Development Goals will need to involve a wide range of methodologies.

Governments are getting educated on this issue, but the space is evolving quickly and we’re running on less and less time. Are they there yet? I would say no.

“What we have is a great technology to be put into the mix of all the things we need to do to get to climate change targets,” she says.

“There are a variety of different ways of bringing down carbon dioxide levels. The jury is out on who can actually bring these things to scale, and everybody is still at the very beginning.

“But it is going to need governments to grasp the difference between cutting emissions and removing carbon from the atmosphere. They’re going to need to attract the right mix of skills and expertise to make a real impact in this area.”

Overnight Ukraine’s Mayors Have Stepped Up To Serve As Wartime Leaders.