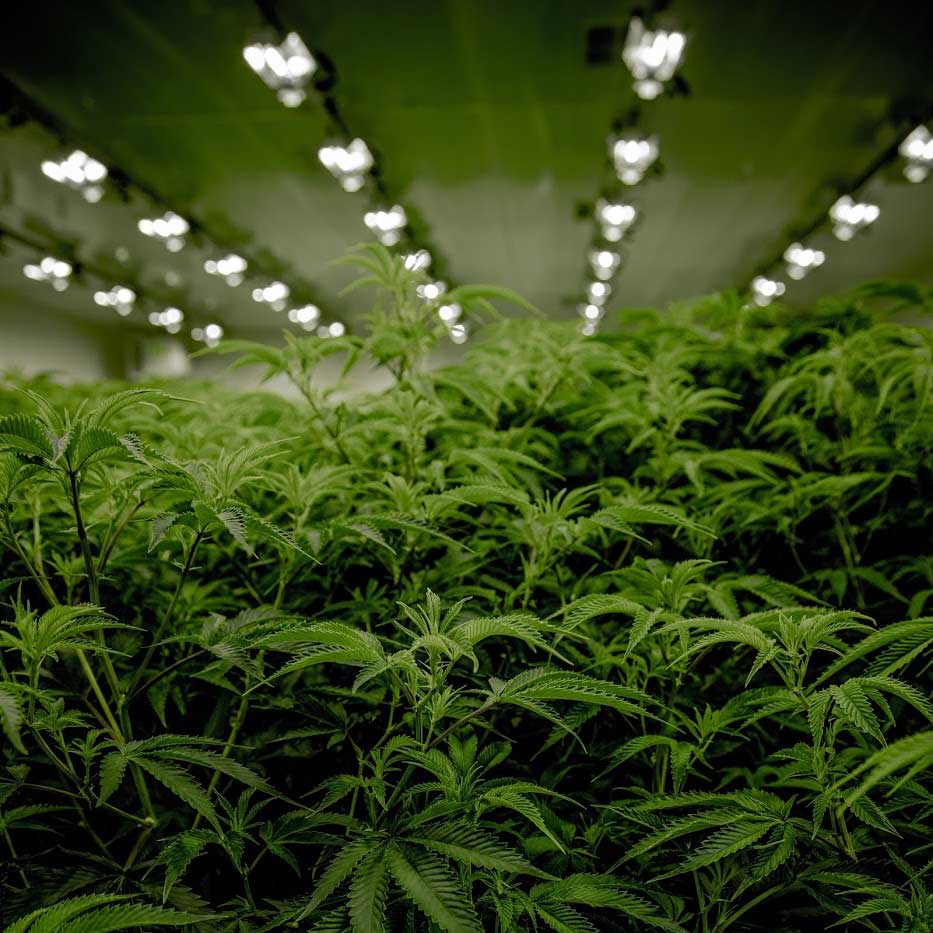 The ‘drug war’ was born in the Americas. From the Nixon era onwards, the US government viewed drugs as a problem for the military abroad and the criminal justice system at home. Narcotics have been a central thread in some of the country’s darkest moments in modern times, from the CIA’s backing of Nicaraguan rebels which allowed an influx of crack cocaine in America, to its inglorious position as the world’s largest jailer: every 25 seconds someone is arrested in the United States for drug possession, and they are overwhelmingly African-American.

Framing drug use and possession as a criminal offence has truncated the life chances of millions of people whose jail time in turn prevents them having access to jobs, services and a full place in society.

“When you have a policy that essentially disproportionately criminalizes one whole segment of society through any means, it becomes a public health issue, because it limits people’s access to healthcare – because anything which worsens the poverty of communities of colour creates a greater inequity in health care access,” says David Nathan, Founder & Board President at Doctors for Cannabis Regulation (DFCR).

A growing movement of critics has emerged in recent years. Unusually in US politics, it crosses the partisan divide to include progressives on the left, who emphasize the structural inequalities behind drug use and enforcement, as well as right-leaning commentators and donors aghast at government intervention in personal choice and at the cost to taxpayers of maintaining a prison industrial-complex. As a result, along with changes in public attitudes, a growing number of states change tack.  Public opinion has softened significantly. According to a Gallup poll, American support for the legalization of marijuana grew from 15% in 1970 to 60% by 2016.

Change started, perhaps unsurprisingly, in California, whose 2014 Safe Neighborhoods and Schools Act changed six low-level crimes, including drug possession, from felonies into misdemeanors. Over 13,000 people have been released and resentenced, saving an estimated $156m in incarceration costs, which have been reinvested in drug treatment and mental health services, programs for at-risk students, and victim services.

Last year was a high watermark, in every respect. In the 2020 election, in New Jersey, Arizona, South Dakota and Montana, voters joined 11 other states, and the District of Columbia, in legalizing recreational marijuana. Washington DC has passed an initiative to make “magic mushrooms” and other natural psychedelics the lowest enforcement priority. Mississippi has legalized medical marijuana.

The most far-reaching reform, however, is taking place in Oregon, whose Drug Decriminalization and Addiction Treatment Initiative makes it the first state to take a purely public health approach to substance abuse. The new law makes personal non-commercial possession of any controlled substance punishable by a maximum fine of only $100 and establishes a drug addiction treatment and recovery program funded, partly, by the state’s marijuana sales tax revenue and state prison cost savings.

In advocating for the measure, Andy Seaman, an addiction specialist and assistant professor of medicine at Oregon Health and Science University, said: “Instead of caring for people, offering appropriate treatment, we have decided to incarcerate them and by incarcerating them, we take away the very things that allow their recovery.”

“More states are moving in this direction once people see the sky hasn’t fallen in [after decriminalization and legalization], and it brings in extra tax revenue they can direct into social and public programs,” says Hannah Hetzer, Senior International Policy Manager at the Drug Policy Alliance, an advocacy group. “Oregon was momentous in the US context, but over 30 jurisdictions around the world have already done this”. The US, with 3% of the world’s population and 25% of its prisoners, needs to catch up, she says, predicting that progressive change that often emerges first at the state level only to eventually reach the federal government.

Latin America, where so many social and political problems are bound up with the drug war and its violent fallout, is also home to one of the world’s most progressive drug reformers. In 2013, Uruguay became the first country in the world to fully legalize the production, distribution and consumption of marijuana, with pharmacies selling directly to consumers from 2017. The government now controls over 50% of the market; in 2017, it reported $105,000 in revenues from marijuana sales and licensing fees, and drug-related crimes dropped by one-fifth.

This policy was part of a 15-measure package to combat crime and insecurity, led by a progressive left-of-centre ruling coalition, and aligned with the country’s progressive overall policy agenda which includes reforms to marriage equality, legalised abortion and regulated prostitution. The country is relatively secular and the Church, whose powerful political role in Latin America has limited modernizing reforms in other countries, plays less of a role, according to Ms Hetzer.

In the wider region, though, momentum increased for a while but ineffective execution of reforms has now caused it to splutter.

“There was a really interesting moment in around 2012/2013, where there was almost a turn of the tide in Latin America and a lot of momentum building around drug policy reform,” recalls Ms Hetzer. “You had, for the first time, some key figures in office, sitting presidents, calling for reform, including the presidents of Colombia, Guatemala, and Mexico.”

In 2009, Mexico decriminalized the possession of small amounts of drugs, including up to 5 grams of marijuana and 0.5 grams of cocaine. It also shifted jurisdiction for prosecuting small-scale dealing from the federal government to states. In 2016, Congress rejected a proposal by President Enrique Peña Nieto to allow possession of up to 28 grams of marijuana, but in 2017 it did legalize the sale of medical marijuana products.

However, according to the Drug Policy Alliance, Mexico’s decriminalization policy has badly misfired. The threshold between “possession” versus “trafficking” was set too low, and penalties for trafficking were increased. The law may have increased the number of people arrested and sanctioned for drug law violations. The country also did not invest in harm reduction strategies or treatment infrastructure.

Argentina has a purported bill on marijuana regulation in the works. Colombia has a draft bill on regulating cocaine. It is unlikely to pass, says Hetzer, but is generating debate and taking the conversation beyond marijuana. However, energy has dipped since then, she cautions, as governments and leaders have switched.

From why to how

Decriminalization and legalization are distinct approaches, and neither are, on their own, enough to deal with the problems of drug abuse. Decriminalization avoids the slashing of life chances that follows a criminal record, and contributes to de-stigmatizing drug-use. That makes it easier to initiate harm reduction interventions, like syringe access programs, that provide people with clean injection equipment to prevent blood-borne diseases.

After implementing such services, the state of Washington documented an 80% drop in new diagnoses of hepatitis B and hepatitis C. Researchers estimate that syringe access programs yield a return on investment of $7.58 for every $1 spent. Supervised injection facilities (SIFs) – safe, hygienic places where individuals can inject pre-obtained drugs under medical supervision – have compelling evidence in their favour. In New York, SIF’s could prevent up to 130 overdose deaths annually. None exist in the US as yet, but they are being advocated for by the Drug Policy Alliance (DPA). They can be found in the likes of Norway, Denmark, Spain, and Switzerland. In Canada, over the course of two years, a safe injection site in Vancouver, British Columbia, was associated with a 35% reduction in overdose fatalities in its immediate vicinity.

Ms Hetzer believes attempts to regularize the drug industry also need to include limits to commercialization by large companies. It should also take a ‘restorative justice’ approach, so that people who have been criminalized in the past have their records expunged.

David Nathan, with reference to cannabis, calls for a balanced mixture of decriminalization or legalization with appropriate regulation to address issues such as labelling, product-tracking and measurement thresholds on the active ingredients of THC and CBD. He is worried that without a serious discussion of regulation, there is a high chance that reforms either will not happen, because more cautious political players will fear chaos, or will be followed by a new set of problems.

“The longer there is a delay on the legalization of cannabis, the greater the chance that we’re going to have a bad policy that is simply influenced by big money from whatever corner that might be, from investors or the liquor lobby. We would like to get out in front of that conversation and come up with ideas that regulators will find appealing now. Those will also potentially be good standards down the road for federal policy.” It would be tragic if the progress now being made on reform were to be squandered by a failure to do the hard thinking now about how best to regulate a legal drug industry.