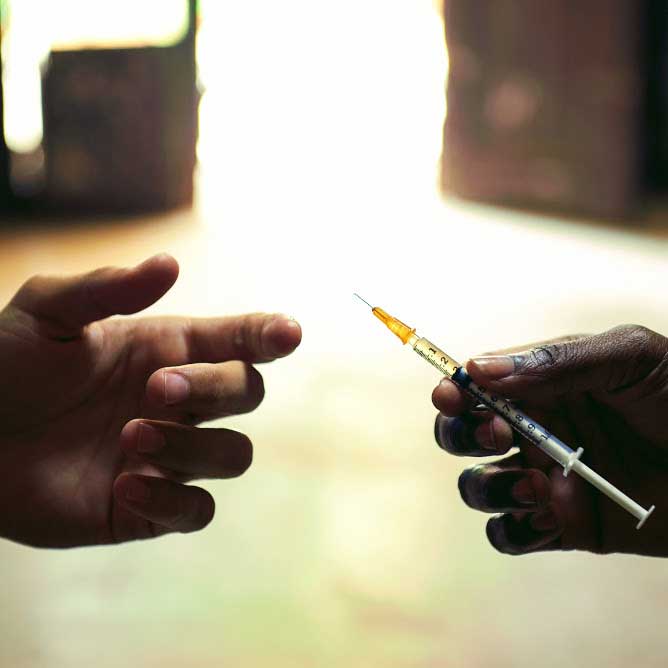 From war to peace is a succinct way of describing the quiet global revolution under way in drug policy. A growing number of governments around the world have replaced the war on drugs with a public health approach to a problem that has blighted millions of lives along with the economies of drug producing countries. Decriminalizing drug use and possession for personal use has become a key plank in this approach, from Portugal to Uruguay to the American state of Oregon.

This shift is an example of how a failed policy can eventually be removed, however strong the moral fervor with which it has been advocated. And few policies have been championed more sanctimoniously, only to fail so ignominiously, than the war on drugs.

Faced with the remorselessly rising societal costs of fighting this losing war, governments have embraced decriminalization – and even, in some cases, full legalization. As our Driving Change special collection of stories by Adam Green on this growing global drug policy reform movement makes clear, the results so far are more than encouraging.

Important lessons for policymakers are highlighted by Adam’s stories looking at how Portugal became an unlikely global inspiration for reformers; how the Canadian city of Vancouver is showing the way for urban drug reform; and how the drug reform revolution is slowly coming to the United States and Latin America.

First, where decriminalization has happened, incarceration rates have fallen – which, given there are few more directly and indirectly costly ways to address a social problem than locking a person up, is progress in itself. Fears that such policies would lead to uncontrolled substance abuse and increased societal breakdown have proven thoroughly wrong. Focusing on how to reduce the harm suffered by drug use, rather than punishing people for it, is consistently resulting in lives being mended, rather than problems compounded. In some cases, such as the flourishing of legal cannabis markets, governments are also generating useful tax revenues, too.

The early innovators were European, starting with cities such as Bern and Liverpool and gradually moving to national-level policy in the likes of Switzerland and Portugal. The most successful policy approaches combine measures to remove criminal sanctions – and their lifelong negative impacts on employment and life chances – with interventions to encourage safe use such as needle-exchanges and counselling to address underlying causes of drug use.

The crucial next frontier for this revolution is the Americas, where reform is most urgently needed. A handful of pioneers, from Uruguay to Oregon, Vancouver to California, are helping to build positive momentum but there is much to be gained by accelerating it rapidly, given the impact of drug policy on a range of problems including gang violence and, in the United States, high incarceration of African Africans, often on minor drug charges, as well as the devastation the illegal drug trade has wrought on many Latin American economies.

This reform movement is growing at a time when there is a new drug crises in synthetic opioids, whose somewhat different governance and supply dynamics need to be addressed. More positively, there is a growing recognition of the health benefits of some carefully managed drug use, such as the use of psychedelics to deal with certain mental traumas. In both cases, the success of decriminalization strategies so far should remind policymakers that when it comes to drug use, as with much else, the best approach is to turn down the simplistic moral humbug and focus on practical, effective problem solving.