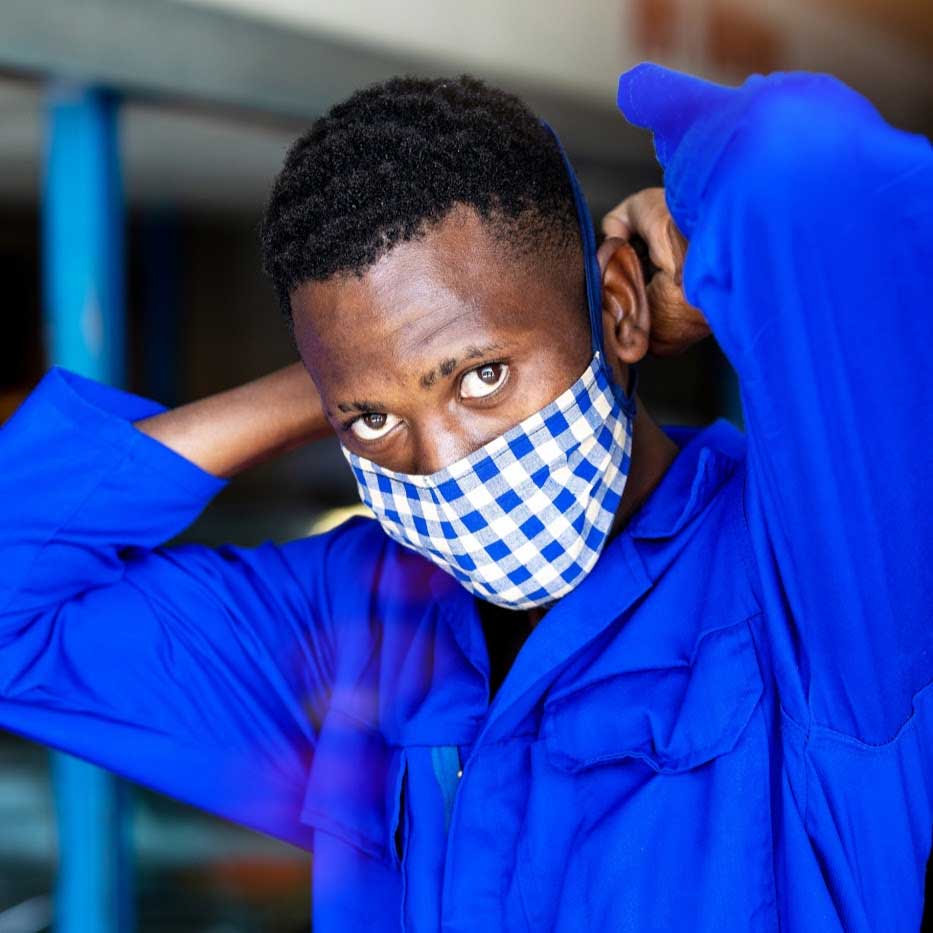 As much of the world recovers from a first wave of COVID-19 infections, others are anticipating the next swells. Amid this pivot, they are looking to policy lessons from a handful of countries that handled their first waves well and continue to keep the infection at bay.

Those countries range widely in their sort of government, from the kingdom of Jordan to the celebrated West African democracy of Ghana, to the tiny nation state of Belize in Latin America.  Their population sizes are, likewise, all over the map, from 397,000 in Belize to 31 million in Ghana.

But the common thread is in their widespread use of fast feedback loops – or rapid, systems-based responses to the first technology-enabled signs of an outbreak, however weak. Swift action informed by science and deep sociological knowledge about how communities cohabitate and congregate triggered lightning fast isolation of infected parties in these countries. Deep understanding their connections, quick testing of anyone in their vicinity and high-speed analysis of the variables that allowed the virus to spread helped these countries design highly effective epidemiological, economic and social strategies and interventions. Decisive action based on how, where and why spreading occurred helped both to extinguish hotspots and inform new measures to ensure outbreaks never flare up again in the same manner.

The largest of these nations, Ghana, took a four-pronged approach to containing the virus, led by an administration committed to decisions based on science and data. Notably, it appointed to oversee the government’s coronavirus response program Anarfi Asamoa-Baah, a former WHO deputy director-general who led the agency’s work on an Ebola vaccine.

Ghana’s approach comprises daily cabinet briefings about outbreaks; aggressive testing (among the highest number per capita on the continent, with some rural areas using drones to deliver samples to faraway labs, for results within hours); shuttering mosques, churches, sports stadiums and its borders; and tapping its armed forces for fast, urgent action on the country’s rolling needs, including airlifting medical supplies and patients, fumigating streets, patrolling sealed borders and building isolation and treatment centers.

As a result the country celebrated a partial lifting of the lockdown early, on April 20.. (To date Ghana has lost just 112 lives out of nearly 17,350 identified infections.) In mid-June President Akufo-Addo noted the country’s enhanced contact tracing made its data qualitatively different and more effective in the fight against COVID-19. “If indeed we are to be guided by the data, then we must look at the data in its ramifications, not just particular aspects of them,” he said. Experts have recognised Ghana’s COVID-19 recovery as exceptional, based on an aggressive double testing protocol before release to avoid false negatives spreading infection.

Such aggressive testing helped identify and isolate over 500 infected individuals at just one fish-processing facility, which at the time accounted for 11% of all cases in the country—leading the government to reverse earlier plans to allow public gatherings and to reopen schools, universities, and borders. The government also distributed loans to small businesses to cushion the economic blow so they were less prone to prematurely open.

Ghana’s relatively early success earned it an invitation in May from the UN World Food Programme to host the region’s COVID-19 medical and humanitarian goods supply hub for seven neighbors, including mighty Nigeria. Ghana played a similar emergency humanitarian aid role during the 2014 Ebola crisis.

Jordan, for its part, credits fast action following daily briefings between its healthcare and security agencies about possible outbreaks, and citizens’ trust in and compliance with directives, for just nine deaths from Covid-19 so far in this country of 10 million.  Among early actions were sealing borders, strict lockdowns including banning public prayer at Mosques over Ramadan, and UNDP triaging patients at one hospital serving over 1 million including 300,000 Syrian refugees – with the infected seriously ill sent to a dedicated COVID hospital units.

Those showing symptoms there or elsewhere were isolated in hotels; food and medicine were also delivered to homes requesting these over lockdowns.  Finally, financial inclusion packages helped those hard hit by the pandemic, including refugees, to comply with intermittent curfews, which waxed and waned according to outbreaks.

In just one example of this approach’s efficacy, in May after six truck drivers tested positive at borders, the government announced a 24-hour curfew (and stiff penalties for those that did not adhere to it) to curb the spread of the virus.

As a result of measures taken after Jordan’s early lockdown, its restrictions were lifted on June 6 and will remain so provided strict guidance is followed, including disinfecting mosques between services, and protective gear being worn by worshippers, who must socially distance. Mosques were also directed to eschew air conditioning and require worshippers to bring their own mat.

Lastly, in tiny Belize, which sits at the elbow of Mexico and central America, a highly coordinated strategy involving government agencies, software developers and the general public has helped keep positive cases to 23 and fatalities to two. The nation state — far more dependent than others on tourism, trade and imports for its income and wellbeing – could ill afford any pandemic missteps.

The Caribbean country’s approach is anchored in a sophisticated database developed by software engineers, statisticians and health experts idled from the Statistical Institute of Belize after it postponed plans for a census this summer. The system collects and crunches data at entry points like borders, at hospitals, and from locals in a self-reported way. That helps isolate infected individuals and map current and projected hotspots, all in real-time so that authorities can quickly implement lockdowns and staff up nearby hospitals.

As a result of early analysis, even before the first outbreak, Belize closed its borders, shuttered schools, added medical staff, announced a state of emergency and prepared its population to expect its guidance to vary according to quick-changing data.

So when one of its nationals returning from the US tested positive, contact tracing by the Epidemiological Unit of the Ministry of Health kicked in to isolate the first case and her mother (the second infection) and quarantine their home island of Ambergris Caye, while similar steps followed with the 17 other people who crossed their paths after the daughter’s arrival.

This process involved field officers and detectives using the app to guide targeted inquiries. Answers about proximity, interaction and symptoms were fed into cluster maps with images of projected caseloads and medical outcomes, enabling quick decisions to be made about testing, isolation and other action.  In tandem, both hotlines and concerned individuals were uploading information into the database about reported symptoms, enabling more accurate analysis and response. Statisticians are able to compare data from contact tracing to other measures of total reported cases, to identify correlation and possibly causation, enabling appropriate action to be taken, including for nearby hospitals to staff up as needed.

Belize plans to use these high-tech measures to screen entering tourists after its planned reopening in mid-August, and to stay on top of any new in congregate settings and classrooms.

Contrast this outcome with that of Peru (population 33 million), which won plaudits for a draconian lockdown it imposed in the pandemic’s early days. It has lost 9,500 people. But like much more wealthy Chile (over 5,000 deaths in a country with nearly 19 million people) city leaders assumed that household and other service workers would abide by the same stay-at-home rules. Policy makers failed to identify daily habits at the sort of granular level that successful countries have found necessary, such as people visiting the local market. If they had, they might have learned that some 44% of homes in Lima lack refrigerators – requiring daily trips to markets.  Early steps to identify and separate infected members of households and encouraging the rest to stay home, by, say, delivering meals or sending short-term carryover cash might have kept contagion and losses down.

This sort of anthropological information is often not readily available and can be difficult to weave into rapidly changing and cascading policy decisions about how to respond to outbreaks. As a result, containment can become a wasteful and exhausting wackamole exercise that can wreak havoc on communities and economies. This is a game the US knows well. It is playing it now and losing.

That said, for the fast feedback loopers, the news is not all good. Child labor is purportedly up in Jordan as already-struggling families push more of their children to work to make ends meet. Undocumented migrants, many of whom send income home, are falling through the cracks. An April decree of three years in prison for anyone sharing information that provokes pandemic panic is chilling news outlets and the blogosphere.  One-year prison sentences for violating lockdowns have undoubtedly also helped keep infections down.

Such top-down directives might not be followed so faithfully among the more independent and individualistic societies of Europe and Latin and North America.  Community targeting, sealing state borders and mass cell phone-based surveillance can meet widespread opposition.   And once the virus takes off, tracking, tracing and isolation can be almost impossible.

But as many exceptions in Latin America (Costa Rica, Uruguay and Argentina) and in some pockets of Colombia (Medellin) show, stringent, coordinated guidance informed by science, delivered by respected leaders, and repeatedly echoed by both celebrities and wise elders often brings better outcomes than draconian lockdowns.  Real-time data-delivery and communication, and coordinated action over quickly closing windows of infection matter most.

“Lockdowns are expensive and not that effective.  Jordan hasn’t had a death since the month of May,” cautioned Ricardo Hausmann, Rafik Hariri Professor of the Practice of International Political Economy at the Harvard Kennedy School, over a recent webinar about COVID-19 in Andean countries. “We’re going from a 400m race to a marathon. We can’t keep on running. We’ll run out of policy space before the crisis is over.”

As we look towards likely future waves of infection, many countries are learning that they declared victory far too soon. Those that bungled their initial responses (such as ginormous Brazil and Mexico) or had none at all, are suffering the consequences. Other, so far less-infected economies – say, in Africa – are making their virus preparation plans now. They have the unenviable but valuable lessons of MERS and Ebola to guide them. Still others like China are digging deep into the science to preemptively tackle upcoming waves now.  They – and we – need them to succeed. At least they can now look to the example of three smaller nations that wisely opted to put fast feedback loops at the heart of their anti-pandemic strategies.