EU/UN Partnership Leads On the Plight of Women in Afghanistan 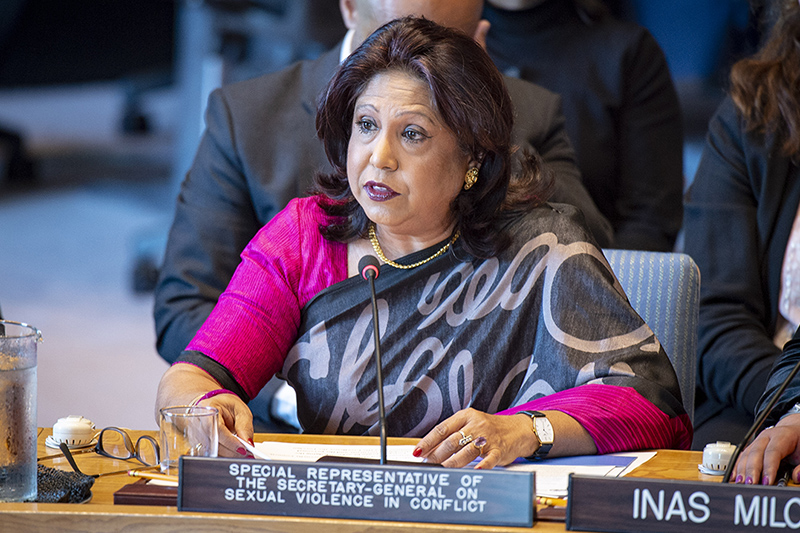 “Violence against women is a pandemic,” says Dr. Denis Mukwege at yesterday’s high level Women in Conflict event, in New York. Led by EU Council President, Charles Michel, the focus was primarily on the plight of women and girls in Afghanistan. Coming in the wake of a UN Security Council resolution to maintain a UN presence in Afghanistan, President Michel agreed that initial announcements from the Taliban government regarding women’s rights “have not been positive”.

He reiterated the European Union’s dedication to working with international partners, particularly the UN, to support the Afghan people, especially women. To this end, the EU will work towards “a minimal EU presence on the ground in Kabul” in order to facilitate the delivery of humanitarian aid and the orderly evacuation of those who wish to leave the country. The EU will also set up what it describes as “a regional political platform of cooperation” with Afghanistan’s direct neighbors. This is designed to maintain stability in the region and support economic cooperation and humanitarian needs.

Heads of EU states currently sitting on the UN Security Council including Ireland, Norway, and Estonia committed to protecting the rights of women in Afghanistan. “We cannot let the progress of the last twenty years wither away in Afghanistan,” said Irish Taoiseach, Micheál Martin. While the President of Estonia, Kersti Kaljulaid, admitted that “It is very difficult not to feel inadequate in the face of the struggle of women in Afghanistan.” But she explained that their priority now is the protection of professional women in the country.

Norwegian Prime Minister, Erna Solberg, described the unanimous Security Council resolution to continue the UN mission in Afghanistan as “real progress”. However she agreed that the international community should focus less on what the Taliban say and rather on what they are doing. Norway has consistently engaged with the Taliban over the years particularly on women’s rights. Prime Minister Solberg also stressed the importance of working toward clearly defined targets and timelines in order to make concrete progress.

Executive Director of UN Women, Pramila Patten, explained that they are still trying to get vulnerable women, those on the Taliban hit lists, out of Afghanistan. “UN Women is going to stay and deliver support to the Afghan people, particularly women and girls,” but she admits that it is difficult to assess what their capacity to deliver this support will be. The Mullahs have already indicated that if the international community does not recognise the Taliban government, they will not cooperate on the issue of women’s rights, explains Patten. At present Afghan women on the staff of UN Women are not able to work in the country.

Prime Minister of the first country in the world to create a feminist foreign policy, Sweden’s Stefan Löfven, summed up the fundamental importance of gender equality with his closing comments, “There is not a country in the world that can reach its potential, unless men and women have equal rights.”