Equity, Inclusiveness, and Solidarity Are on the Agenda As Africa Speaks Up 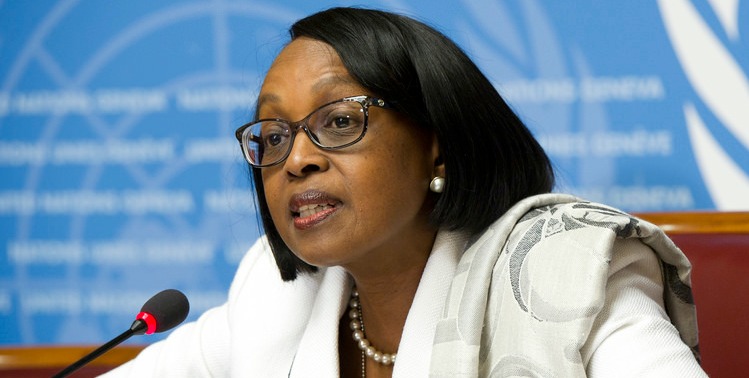 Equity and inclusiveness took center stage on day two of UN Week. African voices called for more just, inclusive, and equitable policies in health, climate, and wellbeing across the globe.

Among the day’s many Climate Week sessions that explored these themes, private-public sector-focused Getting It Done: Critical moments in the Climate Decade singled out the many interventions and innovations already available that can materially boost energy efficiency and cut carbon emissions.

This matters for three reasons. First, the 2030 target date looms, so waiting for breakthrough technologies to alter our energy sources, materials and behavior is sheer folly. Second, as underscored by Dr Jonathan Foley, Executive Director of Project Drawdown, we have what we need, today — in lower-cost technologies, inputs, and processes — to dent our emissions and save our ecosystems, provided governments and businesses incentivize their use. Third, sharing proven innovations with lower-income countries to boost energy efficiency and cut waste in autos, housing, and industrial processes means a more just climate transition that fuels equitable and inclusive social and economic progress — everywhere.

Retrofitting buildings, mandating the use of energy efficient autos and appliances, more tightly linking our transportation nodes, and better governance, or “shortening the distance between actors and actions” (meaning making it easier and more affordable for governments, businesses, and households to do or use these things) will make a world of emissions difference, Foley said.

Justice was the term du jour at the Climate Crisis Resiliency and the African Diaspora meeting convened by the Tishman Environment and Design Center. There many examples surfaced about how the twin climate and COVID-19 crises have rendered Africans and communities of African descent invisible — sparking a rallying cry to fuse global efforts for environmental and economic justice.

In an emotive discussion, experts from Louisiana, Botswana, and Colombia recounted how their communities suffered from climate change-sparked disasters in recent years.

“The social networks that many people need because of poverty were absolutely destroyed by displacement,” said Colette Pichon Battle, lawyer and founder of the Louisiana-based Gulf Coast Center for Law & Policy, of recent historical hurricanes. This is a lonely space in climate discussions. We are often the only black faces in the room. We feel the invisibility.”

Pato Kelesitse, who hosts the Sustain267 podcast, emphasized that Sub-Saharan Africans will suffer most from climate change despite the fact that all of Africa contributes fewer than 5% of carbon emissions globally. “We are often left out of the conversation,” she said, citing the Climate Action Network’s call to postpone COP26 because it excluded the Global South for its vaccination requirements. “Calls like that need to be heeded. One SDG says leave no one behind. We need to ensure that that phrase is not just a tagline.”

Former Colombian activist-turned-Environment Minister and governor of the Afro-Colombian province of Choco Luis Gilberto Murillo-Urrutia affirmed these concerns. “The halls of power make decisions that are disproportionately affecting us, without addressing the injustices of the past,” he said, referencing a new MIT platform for Afro descendants to mobilize on environmental injustice issues.

“What models can be co-produced?” he asked. “Roughly 80% of the Amazon is Black. We know how to protect natural wealth. The ecosystems we manage are providing services that are not being compensated. Meanwhile, we live in poverty. We need a new paradigm, to put our communities at the center of the debate, to build bridges between our communities. We have a common history and a common destiny.”

Tuesday’s focus on Africa ended on a joyful note at the African-American Institute’s (AAI) annual event. For 60 years, AAI has helped fund U.S. university studies for budding African leaders, among other endeavors. This year, it celebrated the Ethiopia-based African CDC, highlighting the “critical contribution” of its director, John Nkengasong, a Cameroonian virologist who heads the agency, “in the face of adversity”.

Botswana doctor Rebecca Matshidiso Moeti, the World Health Organization’s regional director for Africa received the AAI’s Global Health Equity Award. Congo-based Moeti was lauded for establishing a regional program for universal healthcare coverage, for her work on gender equity, for expanding access to intra-viral therapies, for leading successful efforts to eradicate polio, and for ensuring that other serious diseases such as malaria were not neglected over the COVID-19 crisis.