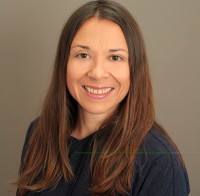 Armed conflicts, civil wars, human rights abuses, forced migration, and other disasters cause millions of people across the globe to go missing each year. How do governments find these people?

Forensic geneticist, Dr. Mayra Eduardoff, heads the DNA laboratories at the International Commission on Missing Persons (ICMP) in the Hague, the leading human DNA identification facility in the world.

“We don’t talk about missing persons – there are thousands and thousands and yet no one talks about it,” says Dr. Eduardoff. In Mexico alone, there are 90,000 missing persons as a result of the drug wars. She has recently returned from a field trip there where she worked with government authorities to train forensic scientists in DNA extraction from bone samples. Her specialty is maximizing extraction rates from these samples to provide the best chance of successful identification.

Back at her laboratory, Dr. Eduardoff and her team must be extra careful as contamination of DNA can happen very easily. Anonymized bone samples arrive via a chain of custody, they are legally protected and must be signed for by a person before being transported to the lab where they are measured and weighed.

The bones tell the whole story.

A special tool is then used to sand the surface of the bones to remove dirt and other contamination. They are then washed in custom-made machines and ground into powder which is used to make something like a bone smoothy, explains Dr. Eduardoff. It is from this mixture that the DNA can be sequenced and measured using special machinery.

At the ICMP, they also collect reference samples. These are blood or swab samples taken from family members who have lost loved ones. DNA profiles can then be transcribed into a series of numbers that are entered into a type of Excel spreadsheet. DNA matching software then looks for a match between a bone and a referent sample. Matches come with a probability of 99.95%. This information is stored on an integrated data management system along with details of over 150,000 missing persons.

For the families of the missing, the process begins with the completion of a thirty-page document that includes detailed diagrams of their family tree. This can be painful and difficult for those left behind. In places like Mexico, missing persons are often stigmatized because of possible associations with organized crime. Citizens may also be reluctant to trust the authorities with information that would help trace their relatives.

When I first met some of the affected families I cried and cried with them. They are a huge source of motivation.

The ICMP was established in 1996, in the wake of the war in the former Yugoslavia (1991-95) where approximately 40,000 people went missing. After a conflict, there is often a selective focus on finding only those missing from one or other side in the conflict. ICMP was designed to bring all relevant stakeholders and institutions together and establish a rule-of-law-based approach to the global issue of missing persons.

The first ICMP lab was established in Sarajevo, where it began identifying bone samples from both sides of the conflict shortly after fighting ended. At one point, Dr. Eduardoff said, they were processing 14,000 bone samples a year. This resulted in the unprecedented achievement of accounting for more than 27,000 (70%) of the 40,000 people reported missing. To date, ICMP has successfully tested more than 50,000 bone samples and established a database of almost 100,000 family DNA profiles.

How did she come to be working for ICMP? Dr. Eduardoff studied molecular biology and admits to becoming “a little bit obsessed with bones” toward the end of her Ph.D. at the University of Innsbruck, Austria. It was during her post-doctorate there that she began working with an ancient DNA community of bones that are thousands, even hundreds of thousands of years old.

She became interested in using ancient DNA extraction methods for forensic investigation. Setting up what she describes as “a small but perfect lab”, the forensic geneticist started to think about different methods to improve her yield in terms of DNA extraction. She began to focus almost exclusively on low yield bone samples.

Later, she took up a post with the International Red Cross as one of the first geneticists to work with them in Georgia in the aftermath of the Russo-Georgian war in 2008. But this was a desk job. “I missed the lab and all the science behind it,” admits the forensic geneticist.

She applied for a job with ICMP in the field in Mexico and has been with them ever since. Dr. Eduardoff admits that the work she does comes with a real sense of responsibility as one is ultimately accountable to the families of the missing. “When I first met some of the affected families I cried and cried with them.” They are a huge source of motivation.

Forensic Science Master’s student at the University of Amsterdam and an intern at ICMP, Maria Dede, 27, agrees that the humanitarian aspect of their work is a big motivator for her. “Offering ‘closure’ to their relatives and bringing people responsible for these crimes against humanity before the law, is unique.”

In the Western Balkans, for example, mass graves had been dug up more than once so remains from some victims were found in different places. “There was a femur here, a humorous there, and a skull over there – all mixed together.” Even the forensic archaeologists could not identify which belonged where, explains Dr. Eduardoff. In cases such as these, DNA evidence is essential and helped provide proof of genocide at the International Criminal Tribunal for the former Yugoslavia.

This type of work is not for the faint hearted. Dr. Edudaroff has visited mass graves around the world, working with teams of experts including forensic archaeologists and anthropologists. “The bones tell the whole story,” she says. 250,000 people are still missing in Vietnam decades after the conflict there ended. It is estimated that 130,000 are currently missing in Syria as a result of the last decade of conflict. The difficulty is “finding a balance between science and politics… we scientists just want to know, but sometimes one hits a political wall” when it comes to finding the truth.