Do No Harm: The Dark Side of Voluntourism 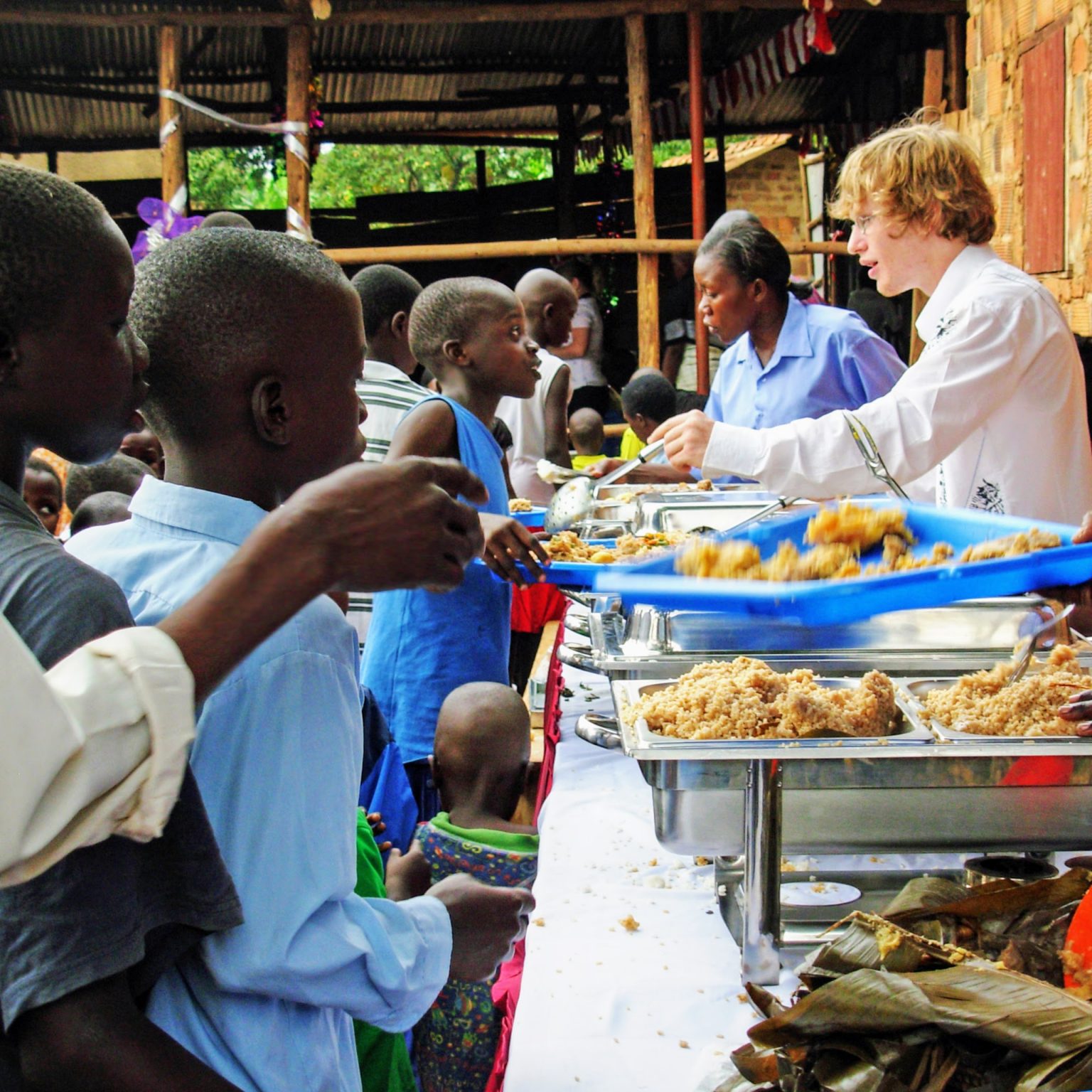 On its face, the desire to travel and do good seems like a win-win endeavor. No wonder each year over 10 million international travellers — usually young people from North America or Europe — flock to the Global South to engage in “voluntourism”; the practice of volunteering on holiday. Voluntourism is now an industry worth over $2 billion, and one whose murky profits many find questionable.

Kibera, a neighborhood located in the southwest of Nairobi, Kenya, is often considered the “largest slum in Africa.” As a result of its reputation, Kibera has become a marquee destination for foreigners “looking to make a difference” and is a prime example of a neighborhood overrun with voluntourism. Kibera is full of tiny non-profits of varying quality, many of which rely on volunteer labor and funds to survive, most of which come from abroad.

Some foreigners come to Kibera to work with local entrepreneurs like Joshua Tambo, who runs a leadership program called Kibera Community Enterprise,  others to help with sanitation efforts. But the majority come to work with children, either in schools, daycares, or orphanages.

The U.S. State Department estimates that around the world, over 80 percent of children in orphanages are not actually orphans. Most have at least one living parent, and have been placed in the institution due to poverty.

Orphanages represent the most contested destination for wannabe do-gooders. It can feel compelling to befriend big-eyed children who live in cold, impersonal institutions. From afar, the children seem so helpless, like they could just use a hug. Marketing materials from many orphanages perpetuate this idea, emphasizing the emotional bond volunteers can form while they “help” the children.

Unfortunately, orphanages often mask darker truths, and those emotional payoffs may not be so positive for the child. The U.S. State Department estimates that around the world, over 80 percent of children in orphanages are not actually orphans. Most have at least one living parent, and have been placed in the institution due to poverty. In many cases, parents are told their children are better off in orphanages — where they are sometimes promised food and education — than growing up in a place with few opportunities.

Orphanage tourism, which is badly regulated, can perversely fuel an industry in which children are used as tourist attractions. In Nepal, as an example, over 90 percent of orphanages exist in the country’s top tourist districts.

These institutions face little recourse for not feeding or educating children properly. Even if the director is profiting from volunteers, they may decide to keep the children looking malnourished so they get more donations. Some orphanages are guilty of neglecting their charges, of physically abusing them, and in extreme cases, of sexually abusing and trafficking them. 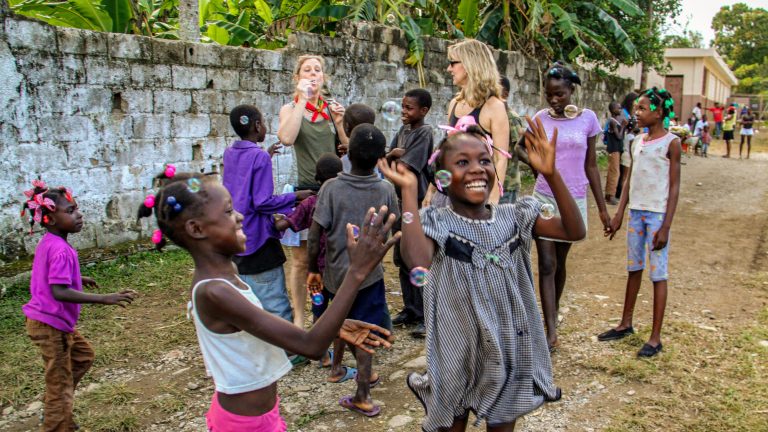 Not to mention, rotating adult figures in their lives — including in the form of well-intentioned short-term volunteers — can create abandonment issues in children. First they were abandoned by their primary caretakers, and now by a volunteer who leaves after a few weeks or months. This can have devastating long-term effects on a child’s emotional development.

J.K. Rowling, of Harry Potter fame, is the founder of a children’s charity called Lumos, which is working to eliminate orphanage tourism around the world. “Institutionalism is one of the worst things you can do to children,” she said at the One Young World summit in 2019. “It has huge effects on their normal development, it renders children vulnerable to abuse and trafficking, and it massively impacts their life chances.” Instead, she and other advocates are trying to shift resources to reunifying families and setting up longer-term foster care options, similar to systems in wealthier countries.

Pippa Biddle, author of a forthcoming book about volunteering abroad, has insights as to whether there are conditions under which orphanage tourism would be acceptable. “I’m not going to tell a girl who wants to volunteer in an orphanage a checklist of how to do it well,” she says. “Her intentions do not matter. She is helping in a system that exploits children. It’s never okay.”

What is a well-intentioned volunteer supposed to do? Is there a way to volunteer abroad without contributing to an industry that exploits children?

To that end, the Australia government in 2018 linked orphanage tourism with modern-day slavery, in a ruling that discouraged young people from visiting them. A report by ReThink Orphanages, a campaign to end orphanages, found that nearly 60 percent of Australian universities had been advertising orphanage placements for students looking to volunteer abroad. The legal change may not eliminate the practice — as mentioned, both orphanages and voluntourism are highly unregulated, and therefore difficult to track — but to many advocates, it represents a step in the right direction.

Given all of this, what is a well-intentioned volunteer supposed to do? Is there a way to volunteer abroad without contributing to an industry that exploits children? What is the best way young people from the global north can serve communities in poor countries?

Claire Bennett, who co-wrote Learning Service, thinks these are the wrong questions to ask. Instead of parachuting into a foreign community with the intention to serve, she encourages young people to use their time abroad to learn. Instead of being a volunteer, she posits, be an apprentice.

“We need to challenge these assumptions… that if you go somewhere that’s materially poorer, you have the ability to contribute,” she says. “Use the analogy that if you wanted to be a lawyer one day, you would be getting tea and making photocopies. You’re not going to be fighting cases.”

Bennett demonstrates this idea through thought experiments. For instance, she might ask volunteers to identify social problems in their home communities. They will often come up with multifaceted issues like gun control and gentrification. She then asks students to imagine the following scenario: “You’re going to get students from Mongolia and they don’t speak English and they have two weeks to solve these problems.”

“I’m not going to tell a girl who wants to volunteer in an orphanage a checklist of how to do it well. Her intentions do not matter. She is helping in a system that exploits children. It’s never okay.”

When participants dismiss the premise, Bennett pushes them to take it seriously. She has volunteers design a program for the hypothetical Mongolian students, with considerations of the energy and resources that would go into hosting them. “That really provokes a sense of humility, and the sense that there is a huge amount to learn,” Bennett says. 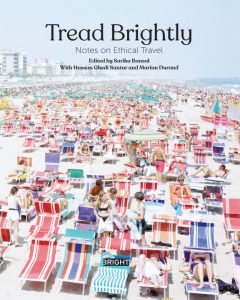 Importantly, she does not dismiss the impulse young people often have to travel abroad and change the world. Volunteer programs can act as the first port of entry into a lifelong career in global development. “If you talk to community activists or development professionals, it’s often a volunteer program that first inspired them,” she says.

Sarika Bansal is an editor and storytelling consultant. She was the founder and editor-in-chief of BRIGHT Magazine, an award-winning digital magazine that told fresh, solutions-oriented stories about social change. Prior to that, she incubated two social impact publications at Medium, developed curriculum and tools for journalists at the Solutions Journalism Network, and served as a management consultant at McKinsey & Company. Her byline has appeared in the New York Times, Al Jazeera America, Guardian, VICE, Forbes, FastCompany, and other publications. She holds an undergraduate degree from Harvard College and a Masters in Public Administration from Columbia University’s School of International and Public Affairs (SIPA). She lives in a cottage in a forest in Nairobi, Kenya with her husband, daughter, and elderly German shepherd.

Maryum Saifee on Evolving Public Service for the 21st Century