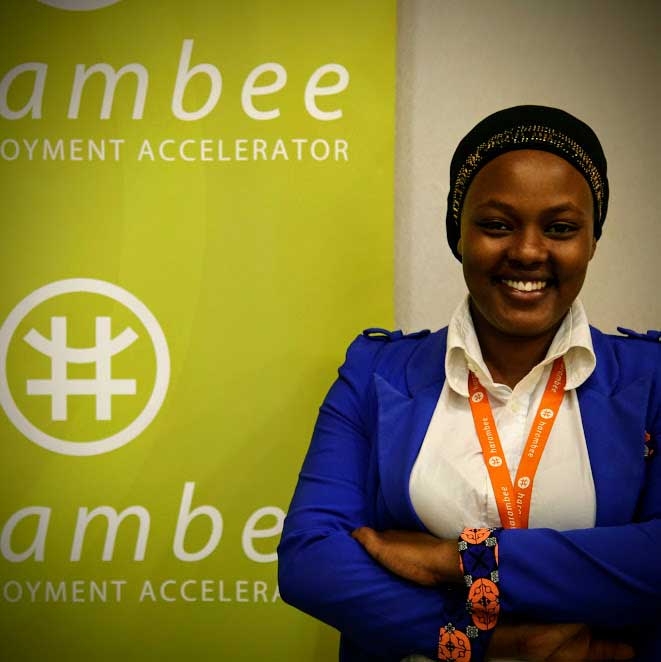 Africa has the world’s youngest population. Even prior to COVID-19, many of these young people struggled to find jobs. Those who did often found themselves stuck in a cycle of precarious, low paid employment. At the end of 2019, one third of the continent’s 420m youth aged 15-35 were unemployed – and thanks to the pandemic, the current situation is far worse.

In South Africa, one of the worst affected countries, the pre-COVID unemployment rate for the same group was 43% (and a staggering 59% for those under 25.) Then the coronavirus hit and, across the world, businesses buckled as workers and customers were told to stay home. Jobs in the tourist and hospitality industries were slashed as public health interventions prevented travelling and dining out. Positions in consumer goods and retail fell foul of supply-chain disruptions. Such roles are disproportionately held by young people, and so the pandemic compounded the jobs crisis for Africa’s young. There were 3m job losses between February and April, then another 2.2m between April and June.

Joblessness among the young is the problem that the Harambee Youth Employment Accelerator, a nonprofit social enterprise, was set up to try and solve. Harambee – which translates as “we all pull together” in Swahili – was established in South Africa in 2011, with the aim of connecting young job-seekers and employers. It recently expanded into Rwanda and is eyeing other countries on the continent.

Solving the youth unemployment crisis requires breaking down a variety of structural barriers, says Shari Surianarain, Harambee’s Chief Impact Officer. In South Africa, these factors include the legacy of apartheid, which means that many young people are physically located far from job opportunities; high costs for transport and data; and an education system that fails to provide students with the skills they need.

“Maybe only 20% of young people complete schooling, and all of that is very ill matched to labour market requirements,” Ms Surianarain says. Layered on top of these constraints is now the destruction of jobs due to COVID-19. “It’s a double edged sword,” adds Ms Surianarain. “You’ve got a poorly equipped supply with entrenched inequality and barriers, and then you’ve got shrinking demand as well.”

Harambee’s model uses partnerships and technology to provide pathways into employment. Young people, alerted by the accelerator’s social media presence, register on Harambee’s site. Alternatively, it will reach out to them directly from a referral. Their interest and skills will then be assessed including with questions that Harambee has developed as proxies for qualities that employers are looking for. (These questions, which assess everything from language skills to drive and resilience, help identify suitable candidates even if they don’t have formal qualifications) If a skills gap needs addressing, Harambee will suggest solutions.

Candidates will then be encouraged to apply for suitable opportunities. Employers can also peruse Harambee’s database for people to hire. It addition to working with more than 500 African businesses, Harambee has partnered extensively with the governments of both Rwanda and South Africa – in 2018, the President of the latter appointed Harambee as the national “pathway manager”, partnering with other NGOs and businesses to help connect youth and opportunities. This role, which is part of a broader presidential youth employment intervention, sees Harambee operate as the “central backbone”, providing its database and services to a variety of stakeholders.

Harambee also helps drive inclusive investing via a social impact bond. And it has been working with the government of South Africa to extend opportunities for people working in the informal economy. Through these various initiatives Harambee has helped 190,000 young people into jobs and work experience, an achievement that earned it the 2019 Skoll Award for Social Entrepreneurship.

Ms Surianarain has a long-standing interest in education and employment: before joining Harambee she worked at the African Leadership Academy, helping to build and launch the Africa Careers Network, which has helped more than 2000 young Africans to launch their careers across more than 30 African countries. There, she says, “I realised that entry into jobs was a huge concern for so many young Africans.”

Now, as Chief Impact Officer, working closely with Maryana Iskander, the organisation’s CEO, Ms Surianarain is overseeing Harambee’s expansion into new markets and countries, as well as other innovations. The organisation’s ability to adapt quickly, she notes, has been crucial to its work during the current crisis.

Since its inception, a mantra at Harambee has been to “fall in love with the problem, not the solution”, meaning not to become overly attached to one way of doing things. This mentality allowed it to pivot rapidly in the face of the pandemic, leveraging existing partnerships and assets to serve pressing new needs. For example, Harambee and the South African presidency were collaborating to launch five new face-to-face job centres on 1 April. When the pandemic made that impossible, the project was rapidly repurposed into an online campaign called “3 Million In 3 Weeks”. Building on Harambee’s ability to reach young people, and its partnerships with other youth organisations, the platform reached 3m young people with information about the pandemic, as well as advice on how to stay employable and find jobs in the future.

The platform is still going strong, using social media, WhatsApp, radio, texts and other channels to enable young people to tell them what they need in this uncertain time, so that Harambee and its partners can seek ways to provide it. With the economy in such a prolonged slump, this is essential work.