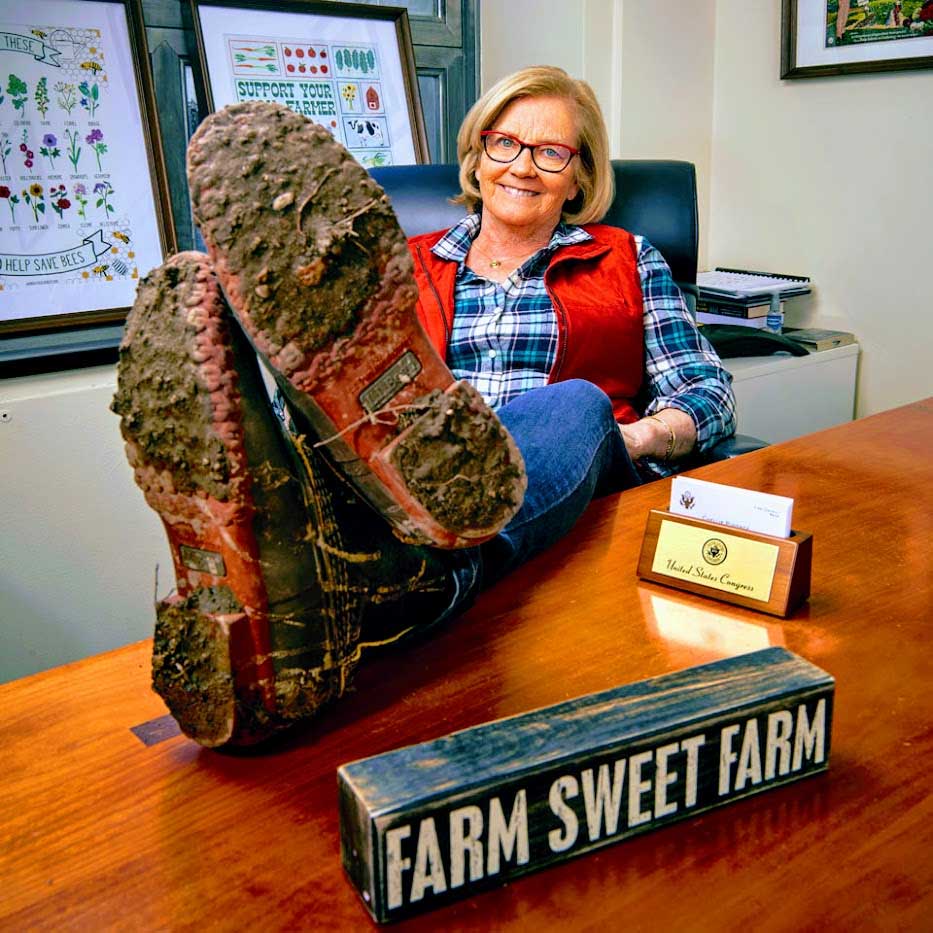 Fruits and vegetables are called “specialty crops” in America’s farm bill. One woman in Congress is working to change that, and make agriculture in the US carbon-neutral.

“The food, nutrition and hunger system is a bit of a disaster in our country. There’s more awareness now amidst my colleagues, but it definitely needs improvement,” says the woman in question, Chellie Pingree, a Congresswoman from Maine.

The farmer-turned-entrepreneur-turned-politician is shepherding a new bill through Congress, the Agriculture Resilience Act, that aims to fix some of the gaps in agricultural policy and introduce more regenerative farming across the nation in hopes of ensuring healthier foods for Americans and fewer harmful emissions. It includes an ambitious goal of net-zero greenhouse gas emissions from American agriculture by 2040.

Speaking from Maine, where she’s been an organic farmer for over 40 years, Pingree says, “We tried really hard to not make this bill contentious but build it on existing programs.” That is no easy task given the powerful farm lobby establishment.

For Pingree, this is an opportune time to shift American agriculture from a chemicals-based system to one that prioritizes soil health. Though she has spent decades campaigning for these ideas, having testified against GMOs and processed foods back in the ‘90s, she is now noticing increased interest among farmers, food brands, ag and commodity companies, and farm groups on a scale unlike anything she has seen before. “You cannot go anywhere without it being a conversation,” she says, referring to regenerative agriculture. “I find it fascinating that many of [these companies] have come to see me. Cargill is one of the companies that has come to us.”

Previously, she and Cargill were almost inevitably to be found at the opposite ends of agricultural policy debate. Now the global ag giant, along with companies such as Unilever, Pepsi, General Mills, Kelloggs, McDonald’s and Bayer, are all talking about transitioning to regenerative agriculture.

The worry though is greenwashing, she admits. “While I’m glad that these companies are interested, we definitely don’t want to get into a system of greenwashing. This topic – climate change – is way too serious. We have a real issue with carbon in our planet. It’s not something we can tolerate a bit of a stretch on. There has to be a serious commitment.”

That commitment does not have to be to go organic overnight, though, she clarifies. “If I had it my way, we would all grow organic here in the US. But since working in federal policy, I’ve been thinking about how we move conventional farming in that direction, without necessarily demanding organic.”

Thus the legislation she is pushing doesn’t call outright for more certifications. Rather it requests more funding for research (to fully understand the long-term impact of regenerative farming); connecting crop-based insurance discounts to regenerative practices (which would mitigate risks in the future); protecting existing farmland; encouraging more pasture-based livestock farming (including by providing the funding to make it a reality); helping farmers use more renewable sources of energy; and cutting down on food waste.

Crop insurance tied to soil health could be the most contentious issue of them all, even though “It’s not a radical idea”, according to Congresswoman Pingree. “When you insure your home, improvements are factored in so that the same calamity doesn’t happen again. That’s what we’re asking of farmers, to take care of their soils.”

American agriculture is officially responsible for just over 8% of total greenhouse gas emissions, although some experts argue that they’re likely higher, in the range of 15-20% of emissions. Meanwhile massive mono crop farms – seemingly infinite fields of corn or wheat for example — are taking nutrients out of the soil as they erode away the topsoil.

Although meat has been vilified, because of the intensive farming needed to produce enough beef, chicken, and pork for consumer demand, her bill doesn’t exclude livestock. In fact, Pingree argues that animals are needed in a regenerative model, although they need to be managed on pastures and with more humane practices. Indeed, some parts of America are actually better suited for livestock than commodity farming, she says.

“In New England, we don’t have big tracks of wide, open farmland. It’s more hilly with pockets of woodland, so livestock farming makes sense. Plus, I’ve always been a believer in a closed-loop farm with animals.” These animals, she adds, aerate the soil while grazing, leave their droppings behind, and keep grasslands in balance.

Pingree speaks from experience. In the 1970s, when she moved to the region, she started with one dairy cow. And that love for animals grew as she farmed for her family, and later acquired Turner Farm, a 200-acre farm, restaurant, and inn, where chickens, pigs, and cows roam.

In fact, her agrarian background includes a bit of everything: she started growing vegetables as a hobby and for her family. Then she went to school at the College of the Atlantic, where she embraced farming more intensely, under the guidance of Elliott Coleman, her agricultural mentor. Later, she started a yarn business, North Island Yarn, using some of the wool from sheep on her farm. In 2008, the year she was first elected to Congress, she and her then husband took over Turner Farm.

“As times change, conversations change,” she observes. Perhaps now is the time she has been waiting for in Congress, as political, consumer, and industry views align – and she may actually have a shot at getting this legislation through.