Commons Governance for the Common Good in Amsterdam

The problem of the commons is an old one. As far back as the Middle Ages, societies have been faced with the challenge of how to best manage public goods such as common land, fresh air, and water. Commons governance provides an alternative to market-based approaches and empowers ordinary citizens to take an active role in the management of their shared resources.

Today, the city of Amsterdam is trying a relatively new approach. It has appointed a Commons Coordinator. This appointment reflects the growing power of the urban commons movement in which groups of citizens form cooperatives in order to collectively decide how best to manage shared resources. 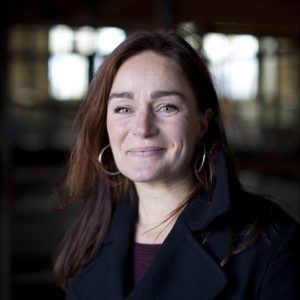 Nathalie van Loon has taken on this new role and is passionate about this recently reinvented form of governance. “I think that the commons perspective has been missing for too long,” says van Loon. “What is happening in Amsterdam is part of a broader worldwide movement.” Barcelona and Naples are also part of the Civic eState network (part of URBACT), which is tackling the policy challenges of co-designing legal and sustainable urban commons governance mechanisms.

Amsterdam has a long history of commons initiatives, many of which still survive today — the Dutch waterboards (Waterschappen) originated in the 11th century, and the cooperative insurances (Bread Funds or Broodfondsen) stem from the 19th century (the so-called farmers mutuals), and the Neighbourhood Villages initiatives (Stadsdorpen) harken back to previous community structures.

Over the centuries, cities have explored different ways to organize shared resources such as energy, food waste, and care services. According to Professor of Social Enterprise and Institutions for Collective Action at Rotterdam School of Management, Tine De Moore, major disruptions to market-led organization of these services is often followed by a rise in commons-led governance. The widespread privatization of public services in Europe in the 1980s resulted in increasing social inequality. This gave way to growing interest in citizen-centered approaches like the commons in the new millennium.

Amsterdam’s current left-wing coalition government is focused on a shift from “welfare to welcare,” as van Loon puts it. This ideally means a more equal relationship between the state and its citizens, toward an enabling state rather than a welfare state. A strong focus on democratization is also part of this approach. Grassroots, bottom-up approaches such as energy cooperatives represent a new and very valuable addition to local democracy van Loon believes. But making them work is not always easy.

Local government also has an important role to play in providing a viable alternative to market-orientated options to energy transition.

“I find my job difficult a lot of times,” she admits. The commons coordinator sees hers as “a starter role,” one that requires changing people’s view on how the relationship between government and citizens is understood. Her inspiration is the enthusiasm of the citizens themselves. All those who are working to create public value and the fact that they feel heard by people like herself. “This gives me energy!” she smiles.

The government, too, needs to learn how to better facilitate these commons initiatives. This includes practical considerations like the level of professionalism needed by ordinary citizens to deliver care services involving vulnerable people or the technical expertise needed to organize a heating grid. “There are no silver bullets,” warns van Loon, these are long term projects that take patience and time.

Nevertheless, a recently compiled commons catalogue shows just how many of these cooperatives can be found in Amsterdam – large and small. Ketelhuis WG, one of the city’s flagship commons initiatives, is organizing heating for 1,500 homes. The project will cost in the region of €20 million and they recently received a €7.7 million subsidy from the local government to get them started. The 350 members in the cooperative will sign agreements to ensure their heating, including hot water, comes from a shared network that is both sustainable and affordable. “It’s an experiment,” says cooperative member, Theo Konijn, “it could succeed or fail.” But if it works, the canal water could also be used as a source of energy to extend the reach of the heating grid.

The secret ingredient is the feeling of community and of helping others that such projects encourage. These are the “invisible advantages” of such initiatives.

Zuiderlicht in Amsterdam south calls itself a sun cooperative. Their focus is on installing solar panels on roofs across the city. But as communications manager, Aukje van Bezeij points out, “A cooperative is more than just 150 solar panels.” The secret ingredient is the feeling of community and of helping others that such projects encourage. These are the “invisible advantages” of such initiatives. She agrees that local government also has an important role to play here in providing a viable alternative to market-orientated options to energy transition.

Van Loon is particularly excited about the transformative power of a cooperative energy transition. She talks about how energy cooperatives could help finance other commons projects involving housing or care work. At national government level the goal is to reach 50% local ownership of renewable energy. This is a minimum, some smaller municipalities like Staphorst in the east, have achieved 97% local ownership. They did this by adjusting local tendering procedures and creating supportive legal and financial frameworks, “in order to make it happen” explains van Loon.

Each year, Amsterdam’s households spend in the region of €540 million on electricity, much of which leaves the city. What if that money could be recycled back into the local economy via energy cooperatives like those mentioned above?

The challenge for governments is to learn how best to facilitate the right local ecosystems for this to become a reality. Not all neighborhoods currently have a hundred or a thousand dedicated citizens who want to start initiatives like these. What is a real “commons way of financing” and how does one break away from old financing habits? “It’s all new,” admits van Loon. But that doesn’t mean it isn’t valuable.