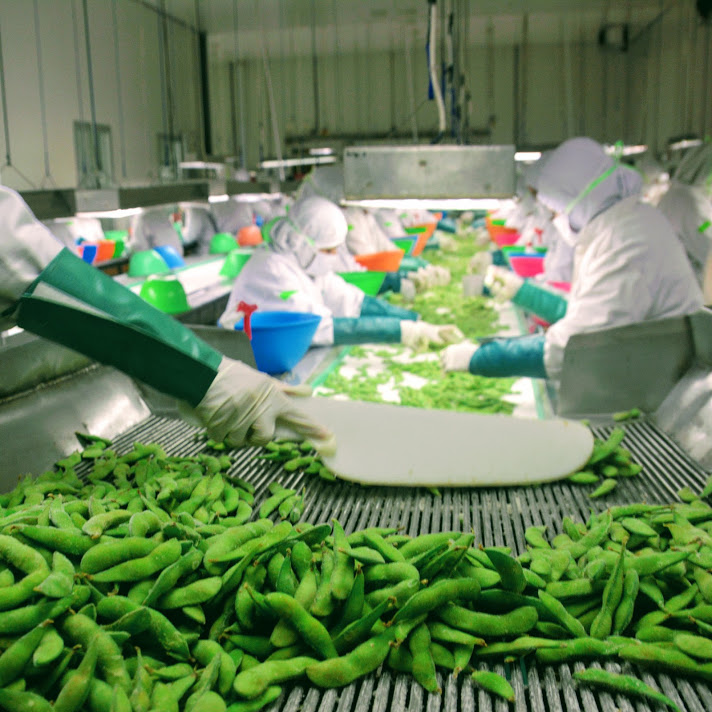 In developing countries, food insecurity following the outbreak of disease has often been more fatal than the disease itself. Pandemics such as Ebola, Severe Acute Respiratory Syndrome (SARS), and MERS all had negative impacts on food and nutrition security—particularly for vulnerable populations. When China was hit by a SARS outbreak in 2003, its winter wheat harvest was delayed by two weeks, triggering food market panics in the cities of Guangdong and Zhejiang.

The COVID-19 pandemic has much in common with SARS and MERS outbreaks of years past, except for its far greater scale. While prior zoonotic disease outbreaks were limited to a few regions, COVID-19 has raised global concerns about food security. Even as governments across the world scramble to contain the spread of the virus, restrictions on movement, curfews, and mandatory quarantines have all threatened global food supply chains and production.

China—ground zero of the COVID-19 outbreak— might have been expected to fall victim once again to widespread food insecurity and panic. Indeed, during the early days of the pandemic it seemed to be heading that way. That it avoided this fate has lessons for policymakers everywhere.

The food challenges facing China came in three distinct flavors. First, traditional offline sales channels were closed or worked less well during the pandemic. Distribution channels were fractured, resulting in stockpiles of food weighing a combined 2.76m tones, including nearly 22m chickens, 11m ducks and almost 247,000 pigs. Second, measures to stop the spread of the virus hurt the supply of essential inputs into the agricultural system. Across China, farmers were not allowed to go out or gather under any circumstances. Most farm service providers stopped working. Third, much the biggest source of queasiness for Chinese officials, agricultural production cycles faced disruption, with the potential to cause extreme food shortages later on. February and March, when the pandemic was most severe, are the main sowing period for rice and other grains. The production of livestock—which operates on an extremely rigid, inflexible schedule—was completely devastated by social distancing measures and mandatory lockdowns. The drop in poultry production alone was estimated to be almost 1.5m tons in the first quarter.

Seemingly on the brink of widespread food scarcity, Chinese officials intervened with a series of public policies in February that by April had largely banished the specter of food insecurity. Mayors and other local officials were the key drivers of these policies, using the “Food Baskets” Mayor Responsibility Mechanism enacted in the 1980s in response to earlier food shortages. This extremely localized approach allowed Chinese officials to tailor their policy responses to the individual needs of communities and focus their efforts on the most severely impacted provinces, such as Hubei.

Once a steady flow of goods was established, the next task was to match supply stockpiles with centers of unmet demand. The Ministry of Agriculture and Rural Affairs (MARA) and China Quality Agricultural Products Development and Service Association joined forces with private enterprises such as rising e-commerce star Pinduoduo to create an online public service platform helping match agricultural production with sales. Mobile chat groups, WeChat official accounts and 24-h hotlines were used to consolidate data allowing better logistical management. This worked so well that, say, drivers refueling at a Sinopec gas station in Hangzhou could use a mobile app to buy fresh vegetables and meat from Freshippo, giant Alibaba’s mobile-phone grocery brand, to be delivered straight to the trunk of their vehicle.

Alibaba also established a CN¥1 billion ($141m USD) fund to support farmers and sold 118, 000 tonnes of overstocked agricultural products in less than 40 days. JD.com introduced 25 different forms of support for farmers and sold 500 tonnes of produce in five days. Pinduoduo has helped farmers from 400 municipalities, including many of the most impoverished in the country.

Even with a turbulent history of food scarcity, and a decidedly shaky start to the pandemic, China’s policy response quickly reigned in food insecurity and alleviated the sort of  widespread concerns plaguing other developing countries. China’s collaborative, localized, innovative, and diversified approaches to food insecurity will be of immense value to policymakers hoping to guarantee access to safe, fresh, and nutritious food for all.