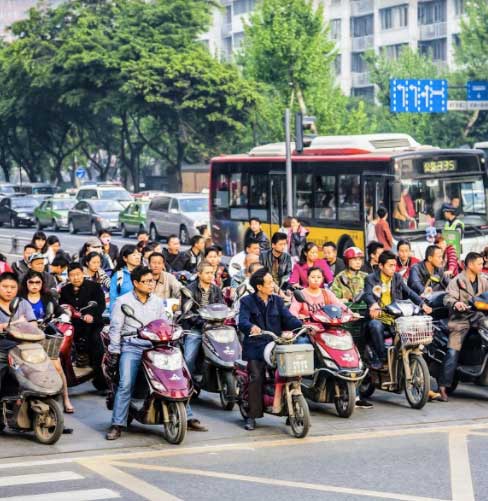 As the original ‘Bicycle Kingdom’, China was often associated with its iconic flying pigeon bicycles. Millions of state-backed bikes shuttled folks between farming jobs and home. But in the 1990s government officials started to encourage citizens to abandon their bikes in favor of cars and mass transit as they worked to strengthen China’s auto industry. Subsequent measures to stop two-wheeled growth (portraying them as backwards), pushed upwardly mobile families toward cars and bikes became passe.

China’s circuitous route of multiple bike booms and busts is a cautionary tale about the effectiveness of government incentives alone to boost shared bike use on a sufficient scale.

Shared bikes entered the picture and in 2012 took an upward turn, when 12 Chinese cities launched shared programs. But the mostly docked bikes were too far away for most people, prompting Peking University’s Bicycle Club to create its own mobile app-enabled dockless bike system called Ofo in 2014, which became the global dockless bikeshare model. Fast followers such as Mobikes appeared next, tapping a mix of GPS, big data and mobile technologies. The sharing economy took flight.

“Dockless bike sharing systems brought back cycling in a big way,” recalls Bram Van Ooijen, a transit consultant in China since 2006. “[But] sidewalks were clogged, building entrances blocked. That model can last only so long.” 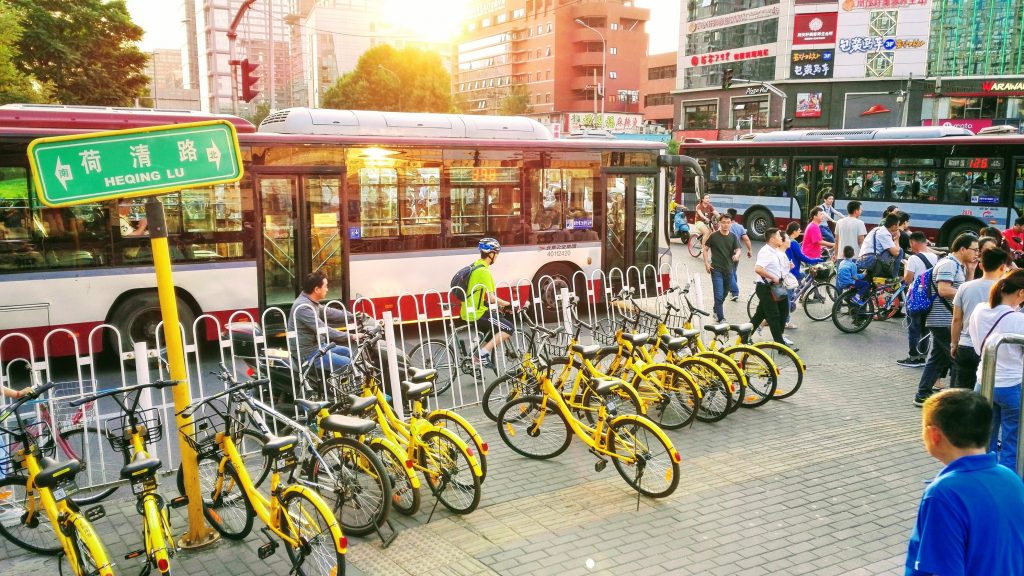 In addition, some business models broke when the government incentives ran out. For example, models based on advertising and harvesting and selling bikeshare data failed to take off. In 2017, at least five of over 60 bike sharing companies in China went belly up.

China’s government implemented new requirements including mandatory annual maintenance, a minimum number of skilled workers and regular bike roundups. Poorly parked bikes, tracked by sensors on locks, incurred fees. While these regulations cut the chaos, they did nothing to address carbon emissions as fossil-fuel powered vans were added to redistribute bikes to meet regulatory requirements.

Today, several big operators remain in China. They are led by Mobike and Hello-bike – backed by giants Meituan and Alibaba, respectively – who are keen to capture and apply data to their products. They are the beneficiaries of the ongoing resurgence in bike use.

In 2019, China led the world in bike share use, with 23 million shared bikes, and with three of the world’s four biggest programs — in Hangzhou, with nearly 80,000 bicycles, Taiyuan (40,000) and Shanghai (19,000). Pre-pandemic, dockless bikes were in 360 Chinese cities, making 47 million trips a day, replacing roughly 13,800 kilometers of motorized trips and cutting about 4.8 million tons of emissions per year, according to the World Resources Institute.

Then came the COVID-19 pandemic. In Wuhan, a city few of us knew until a year ago, food and pharmaceuticals deliveries by e-bikes to the homebound soared last January into March. Between deliveries, commutes and trips for fun, the city saw around 2.3 million shared bike trips during that period according to Meituan. Meanwhile e-bike share use in Beijing spiked 150% in March 2020. 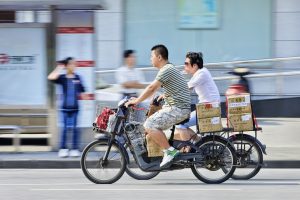 China’s circuitous route of multiple bike booms and busts is a cautionary tale about the effectiveness of government incentives alone to boost shared bike use on a sufficient scale. These interventions must be simultaneously accompanied by government-backed infrastructure projects and by laws and regulations focused on safety. Collectively these will help cut emissions, waste and operational inefficiencies — and expand micromobility’s many benefits.

To be sure, in China, the government has built new bikeways along canals for big events like the Asian Games, sometimes connecting greenways. However, they still have not intervened with the quality and scale required to boost real leisure ridership, says Van Ooijen. “In the beginning, cycling uptake was really big. With big investment in safe cycling many initial new users would have continued riding. Even today, there’s no shortage. The opportunity is still here. Bike sharing is in the hands of big tech companies with tons of money. Things are moving in the right direction, but not at a scale that drives massive change. There’s still a lot of work to be done.”

Can Micromobility Make our Cities, Skies and Lives Healthier?