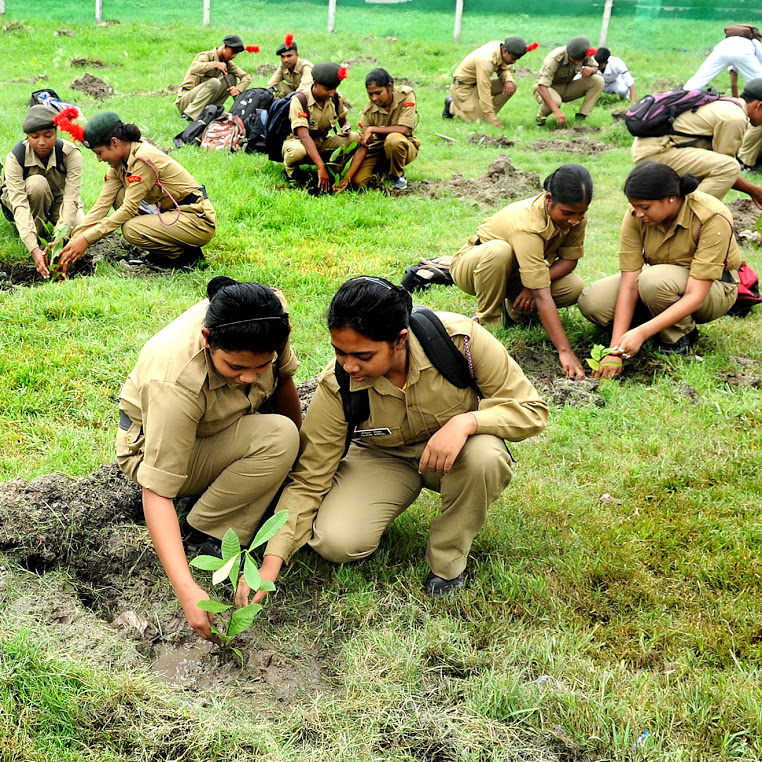 In Pakistan, as the economy has struggled to cope with a Covid-19 lockdown, more than 63,000 jobs have been created since March for unemployed laborers known as “jungle workers” to plant saplings for 500 rupees ($3 USD) per day. Workers are given social distancing guidelines to ensure safety on-the-job. As part of a new “green stimulus”, the government plans to triple this year the number of people employed under the longstanding tree planting scheme.

As governments around the world confront the massive challenge of simultaneously fighting the pandemic and tackling the associated plunge in economic activity, there is a real danger that sustainability concerns will be ignored in favor of every other sort of short-term stimulus. Tree planting offers a glimmer of green hope, in the form a literally “shovel ready” job creation scheme that helps in the battle against climate change.

Before the pandemic, the tree planting movement, after an initial surge, had been losing momentum in some places – even as the deforestation activities that inspired the movement picked up speed. Last year, a football-pitch sized area of primary forest was destroyed ever six seconds , according to a study by the University of Maryland. Brazil accounted for one-third of this loss, its biggest in 13 years (apart from in 2016 and 2017 when there was a spike in wildfires).

As Covid-19 provides a reason for taking another look at tree planting, Pakistan has much to teach policymakers elsewhere. In 2017, the government of Khyber Pakhtunkhwa’s “Billion Tree Tsunami” initiative surpassed its goal of one billion trees planted, and restored 350,000 hectares of depleted forest cover at a cost of $169 million. The program in KP, part of a larger national commitment to meeting the “Bonn Challenge” to reverse deforestation, has overcome many difficulties, including corruption and threats from gangs engaging in illegal deforestation. However, a government effort helped to dismantle illegal logging operations. According to an independent probe by the Pakistani branch of the WWF, the initiative has been a social, economic, and environmental success, creating 500,000 jobs created. In addition, the initiative led to the establishment of 13,000 private tree nurseries, further boosting local incomes and generating thousands of green jobs.

Pakistan Prime Minister Imran Khan’s new “10 Billion Tree Tsunami” program, aiming to restore over the next five years the more than 43,000 hectares of forest lost annually between 2000 and 2010 is a potentially huge win-win in the face of the COVID-19 pandemic. If the successful efforts in KP can be scaled up to meet the larger national goal, the scheme could eventually employ up to 5 million people, thereby keeping the total unemployed well below the 19m expected to be laid off in some recent pandemic-influenced forecasts.

Will other countries follow Pakistan’s lead – especially those where tree planting schemes had been running into difficulties? The African ‘Green Wall’ project was announced in 2007 to much fanfare, as a collaborative effort between 20 countries at great risk of desertification by the encroaching Sahara. Yet in the past decade the initiative has only reached 15% of its targets. As the project has shifted to more local tree-planting initiatives utilizing traditional methods, the results have been mixed. Ethiopia has made great progress as Prime Minister Abiy Ahmed has prioritized the restoration of nearly 15 million hectares of degraded land, while Nigeria tails not too far behind with 5 million hectares reforested and 20,000 jobs created. Countries in Central Africa, however, have faced challenges overcoming threats of terrorism and corruption, as investments plummet due to insecurities. There have been similarly mixed results from the African Forest Landscape Restoration Initiative (AFR100), a collaborative effort between 28 African nations committed to restoring 100 million hectares of forest launched in 2015.

Although the number of COVID-19 deaths in Africa has so far been far lower than was initially feared. The economic consequences have been severe. Sub-Saharan Africa is descending into its first recession in 25 years, and the crisis could be compounded by growing food insecurity as a result of trade blockages and contracting agricultural production. The time is ripe for local policymakers to employ unemployed laborers in a similar scheme to Pakistan’s green stimulus. Thanks to the Green Wall and AFR100, much of the institutional infrastructure for tree-planting programs already exists in many African nations, and with social distancing protocols in place, a redoubled effort towards these planting goals could bear lots of fruit.

Tree planting campaigns have prepared the ground for a major role in pandemic economic recovery strategies in the global north, too. The Trillion Trees Initiative, launched at the World Economic Forum in Davos in January, is a promised expansion of prior successful tree-planting UN programs, and aims to reach its target by 2050. Notable supporters include Salesforce CEO Marc Benioff and President Donald Trump—a vocal climate skeptic—who has committed the United States to the initiative.

In America, critics have pointed out that, due to a lack of protective measures for existing forests, the country may actually increase carbon emissions and lose forest cover as a result of the proposed Trillion Trees Act. Yet, with the right, ideally bipartisan, amendments, some calculations suggest the Act could unleash a $4 billion a year federal investment in tree-planting that would create hundreds of thousands of jobs, and help communities recover from COVID-19 losses by bringing in an extra $6-12 billion per year in economic growth.

Not everyone is convinced of the benefits of tree planting, however. A study released in October of 2019 concluded that a prior study endorsing tree-planting as an effective tool to combat climate change vastly overestimated its potential to sequester carbon emissions. Instead, it said, the resources and funding dedicated to this project could be better spent protecting existing forests and minimizing carbon emissions.

Yet as Pakistan is already demonstrating, the idea has plenty of practical attractions to policymakers and their political masters. The ‘green stimulus’ tree-planting provides could prove to be the sustainable engine of growth needed to revitalize the economies of Asia, Africa, and the Americas.